The woman who vamped for an hour, after President Trump revealed his own tax returns beating her to the scoop that wasn’t. 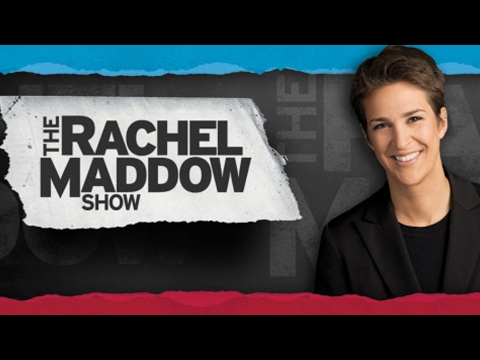 Then Maddow went on her “Heal My Buttocks” tour in order to save face and potentially career.

But the queen of late night news can’t be defeated. The Left must have their champion.

So when Maddow recently had another ratings boost, this one due to FOX News’ Bill O’Reilly, Maddow was back.

Now, America knows that Maddow is {ahem} relevant. So when Maddow’s show was interrupted the other night due to the breaking story of President Trump bombing Syria, the Left went jungle. Maddow fans claimed this was done because of sexism.

Williams is typically brought on for any breaking news event, and he covered the late-night U.S. cruise missile strikes against a Syrian government airfield. Fox News and CNN also preempted their usual primetime programming in order to have their breaking news anchors–Shepard Smith and Anderson Cooper, respectively–cover the events live.

I love seeing Leftists go at each other. One thing is clear, feminism rules Maddows’ LGBT world! Check out this tweet.

so brian crashes into rachels show – and when 11 hits – he takes over and she disappears – no goodbye – WTF MSNBC? – so sexist – so rude

Then Amy chimed in, questioning Williams’ competence. Difficult to argue with that.

Until you realize for whom she’s arguing…RACHEL MADDOW!

Then another hit on Williams “the man.”

Hey @MSNBC why did u call Brian Williams in on @maddow when news hit? She is MORE than capable, didn't need backup Disappointing. #Syria

Finally, Girls Really Rule tweeted about Williams’ “sketchy” past, and his competence to handle breaking news.

Even @MSNBC thinks Brian Williams, with his sketchiness, is more competent that a woman to handle breaking news-put Maddow on now, please.

I find it hysterical that MSNBC still relies on the king of fake news, Brian Williams to do the hard-hitting pieces. Moreover, that they would interrupt Maddow’s program to do so speaks volumes.