PROMINENT Leftist Teaches Children There are NO MALES OR FEMALES [VIDEO]

You simply won’t believe this video. 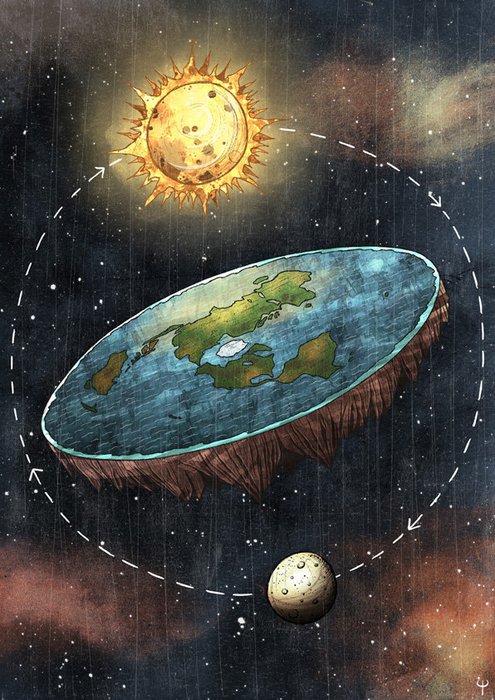 This depraved drivel hails from the same Leftist lunatic who tells us that man can destroy the Earth.

For the skeptics of my views, understand that man can perhaps destroy man’s ability to live on Earth. However, man cannot destroy Earth, no matter how hard he tries.

That said, Bill Nye “The Science Guy” is not just about global climate change. No, this mechanical engineering scientist knows it all. Not only is the man a climatologist and meteorologist, his expertise transcends into human sexuality.

As Nye explains, we are not male or female, but a complicated amalgam of gender complications.

This junk science is nothing more than an example of an Alt-Left agnostic forcing his perverse and godless views on our kids.

Not to get all religious on you, but a fool has said in his heart that there is no God.

Likewise, this Leftist fool presumes a knowledge superior to God’s by declaring that God’s creation isn’t as the Bible declares it to be.

This fool would have our children believe that they can pick their own gender over and over again throughout their lives.

“By three or four, most kids identify with a gender.”

Wrong. They’re born with a specific gender, complete with the sex organs of that gender. DNA (that’s a scientific term) proves it.

While individuals may brand themselves however they wish, biology doesn’t change without taking several, life transforming steps. These include a major operation, massive injections of hormones you weren’t meant to have, and serious psychological counseling.

“A person’s gender identity may change over their lifetime.”

Only if you find real science confusing. Then again Leftists constitute most rapists and pedophiles, so one is never safe in their presence.

“Science says we’re all on a [gender identity] spectrum.”

Perhaps. I see this as all men are not alpha males, and all women don’t like to shop. But just because a man likes poetry, doesn’t make him a woman. Nor does a woman who can take apart a “tranny” (double-meaning intended) make her a man.

That’s if your interest in life is confusion.

Nye seems to believe one can change his identity, the way he has changed careers. The man has gone from being a mechanical engineer to Mr. Know-It-All scientist.

Nye is an actor who over time has become a caricature of the person he claims to represent. Atheist Nye is the alpha and the omega, and he knows everything in between. In his secular world, he is the authority.

Note how confidently he spews his knowledge of the unknown. Earth has been around for quite some time, and Nye knows how to save it.

Gender is defined, but Nye knows all about it, and how to apply sexuality therein. And why wouldn’t he, since he is The Science Guy.

Leftists are confused, thus they wish to confuse others. Nye likely got drunk one night and found himself in bed with a colleague. Voila, his life changed. He was no longer shackled with the antiquated Conservative thinking of Bible-thumping Conservatives.

Thousands of books have been written about man versus women. Can you imagine the books that will spring from the sick minds of Leftists?

Here’s the first book, perhaps: Men are from Mars, Women are from Venus, LGBTQ are from PLUTO?

Where will the other genders hail from?

Life is tough enough with two genders trying to figure it out. If we introduce the “spectrum” who will then be the weaker sex. What will Leftist women complain about? Will the LGBTQ simply find its place on the spectrum?

So many questions when you consider the nutty ideas of the Left. For now, I will stick to trying to just figure out men.