BOOK: Obama considered being homosexual as a young man

File this in the “We already knew!” folder.

According to yet another biography, Obama was “almost” gay.

President Barack Obama considered being homosexual as a young man, according to a forthcoming biography of the president.

The biography by David Garrow, “Rising Star: The Making of Barack Obama,” is set to come out on May 9. Garrow wrote a Pulitzer Prize-winning biography of Martin Luther King Jr., and is a regular contributor to The New York Times and The Washington Post.

I chuckle at how the Left claims Obama changed his mind on various issues, particularly that of gay marriage.

Obama never changed his mind about gay marriage. Obama was bi-sexual before he was president. The man hung around pedophiles and pimps most of his life. The man who is likely his real father pimped Obama’s mother.

I know that may offend many people’s sensibilities, but it does happen from time to time in all cultures, but particularly in black culture.

I remember learning that my father pimped one of my many stepmothers, and I wrote about this revelation in my first book, The BIG Black Lie.

My brother and I were discussing the utter destruction my dad left in our hometown one day. He quite nonchalantly said to me, “You know Tony pimped out Margie.”

My 16-year old country boy mind was blown. Who pimps out their girlfriend?! My dad, that’s who!

As for Obama, the not-so-well-kept secret was that the man frequented Chicago bathhouses.

Moreover, he loved getting pleasured by older white men.

Look, not exactly the best qualification for president, but it is what it is. Leftists overlooked it, and in most cases covered it up. But now we get the truth about what most America either suspected or concluded to be true. Obama enjoyed the company of men. {insert shock music here} 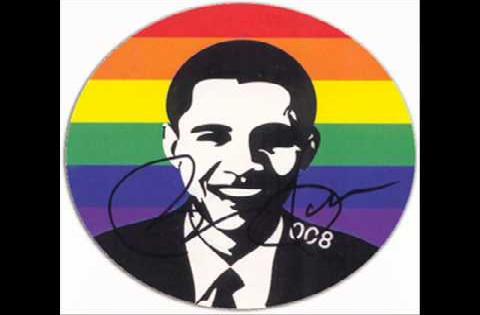 In a chapter about the former president’s two years at Occidental College, Garrow reveals a close relationship Obama had with an openly gay assistant professor named Lawrence Goldyn.

“Goldyn made a huge impact on Barry Obama,” Garrow wrote in the book. “Almost a quarter century later, asked about his understanding of gay issues, Obama enthusiastically said, ‘my favorite professor my first year in college was one of the first openly gay people that I knew…He was a terrific guy” with whom Obama developed a ‘friendship beyond the classroom.’”

The biographer added, “Goldyn years later would remember that Obama ‘was not fearful of being associated with me’ in terms of ‘talking socially’ and ‘learning from me’ after as well as in class.”

“Three years later, Obama wrote somewhat elusively to his first intimate girlfriend that he had thought about and considered gayness, but ultimately had decided that a same-sex relationship would be less challenging and demanding than developing one with the opposite sex,” Garrow wrote. “But there is no doubting that Goldyn gave eighteen-year-old Barry a vastly more positive and uplifting image of gay identity and self-confidence than he had known in Honolulu.”

Garrow recently spoke about his book on The Jamie Weinstein Show. When asked about Obama experimenting with homosexuality, Garrow paused and replied, “I think anyone and everyone, no matter what their role in life deserves a certain basic degree of privacy, in that context.”

The first question for me is, “Will the Left accept the truth?”

The author is not part of the vast right-wing conspiracy. Further, the VRWC doesn’t usually worry too much about “outing” Leftists, since we figure most of them are LGBTQ anyway.

Next question is, “Will this not-so-new revelation impact how Leftists feel about Obama?” Doubtful.