Tensions have escalated between North Korea and the United States, as Donald Trump has had enough of Kim Jong-un’s threats.

Ever since North Korea launched a long-range rocket carrying a satellite on April 13, 2012, marking the anniversary of the birth of North Korea’s founding president Kim Il Sung, the country has been provoking the world.

Recently, North Korean officials including leader Kim Jong-Un hinted an intercontinental ballistic missile test or something similar could be coming.

As we wrote recently, the strike on Syria did more than warn Assad and Russia. The precision missile strike against Assad warned the world: America no longer has a sissy for a president and America remains the strongest country in the world militarily and economically.

If you monitor “diplomat-speak,” it’s clear that both China and Russia take President Donald Trump serious.

For Russia, the bombing of Syria made things clear for Putin and all the leftists claiming that Trump was a puppet of the former head of the KGB. Trump is his own man.

Russia has said it is worried about the possibility of a U.S. attack on North Korea and it would raise the issue with visiting U.S. Secretary of State Rex Tillerson, Russian media quoted Deputy Foreign Minister Sergei Ryabkov as saying.

It’s clear the Russians know who the leader of the free world is.

As for China, they know who’s in charge as they put out this statement:

China’s Global Times newspaper said in an editorial North Korea should halt any plan for nuclear and missile activities “for its own security”. While widely read in China and run by the ruling Communist Party’s official People’s Daily, the Global Times does not represent government policy.

Then China put out its most stern warning in years to the North Korean dictator.

“China has a bottom line that it will protect at all costs, that is, the security and stability of northeast China… If the bottom line is touched, China will employ all means available including the military means to strike back. By that time, it is not an issue of discussion whether China acquiesces in the US’ blows, but the Chinese People’s Liberation Army (PLA) will launch attacks to DPRK nuclear facilities on its own.”

Then Japan entered the fray.

As we’ve learned that Japan’s navy planned exercises with the Carl Vinson carrier group in a joint show of force.

The Japanese may have given the best indication of President Trump’s impact on the region’s war posture:

A senior Japanese diplomat said it appeared the U.S. position was to put maximum pressure on North Korea to reach a solution peacefully and diplomatically.

“At least, if you consider overall things such as the fact that the U.S. government has not put out warnings to its citizens in South Korea, I think the risk at this point is not high,” said the diplomat, who declined to be identified.

Perhaps a warning to the citizens will be a prelude to the attack; however, Syria didn’t get much notice.

As for North Korea, they have been fooled into a false sense of security.

“So long as we are with our supreme leader Marshall Kim Jong Un we are not afraid of anything,” a woman who gave her name as Ri Hyon Sim told Reuters journalists, who were escorted by North Korean officials. 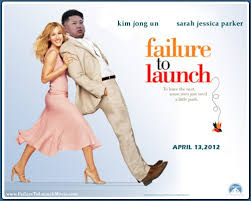 Kim Jong-un has never been challenged in his threats. The people of North Korea deserve better. A leader who allows people to starve as he pretends to be powerful.

For a country whose missile launches are known for failure, Jong-un should be more humble. Certainly, Kim Jong-un realizes that he picked the wrong American president to threaten. It’s clear that he’s losing his only friend, and almost all of Asia is against him.

For those keeping score: