North Korea has been looking for a fight for some time.

That’s what happens when you have nothing else to do. The North Koreans have watched for decades as their South Korean brothers and sisters changed the reputation of “Made in Korea.” 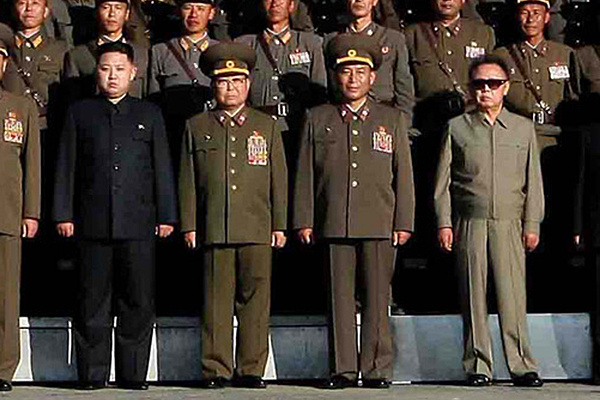 Remember when Hyundai was the car only poor people owned? The same was true of electronics. If you had a Samsung, it was because you couldn’t afford a Sharp or a Panasonic. Anybody even own any Sharp or Panasonic? Doubtful.

Now, names like LG, Samsung, and Hyundai have replaced most of the big Japanese and German names in our lexicon.

And then there is North Korea, the great symbol of Leftism in that region of the world. All that country offers is the potential for chaos.

Kim Jong-un can’t feed his people, so he threatens war almost annually. Though no date is official, one knows that Kim Jong-un Week will happen each year, every year. This year the week has lasted a bit longer, because things have worsened in North Korea. The changes are not because of anything happening inside the country, but outside the country.

North Korea now faces a leader who is as unpredictable as theirs. Except the leader of the United States has a lot more going for him than that of North Korea.

Thus, as we learn from Yon Hap News, South Korea joined the U.S. in a show of real force:

In a 35 minute telephone conversation with Marine Corps Gen. Joseph F. Dunford, the chairman of the U.S. Joint Chiefs of Staff (JCS), his South Korean counterpart Army Gen. Lee Sun-jin stressed that the North’s nuclear and missile development can never be tolerated, according to Lee’s office.

He also emphasized the need for deterring the communist neighbor from taking provocative acts through their “ironclad combined defense posture.”

Lee cited the deployment of the USS Michigan guided-missile submarine in the waters of South Korea and joint naval drills between the allies.

The two sides’ navies staged a joint live-fire drill near the western sea border between the two Koreas earlier this week.

Another major exercise is expected as early as next week involving the USS Carl Vinson aircraft carrier reportedly on its way to Korea.

“It demonstrates how solid the South Korea-U.S. alliance and their joint defense posture are,” Lee was quoted as saying.

The U.S. JCS chief agreed that the allies’ joint drills would send a strong warning message to the North’s leader Kim Jong-un.

Dunford told Lee that the U.S. remains committed to the defense of South Korea and will also continue efforts to press North Korea, according to South Korea’s JCS.

It was the third round of phone consultations between Lee and Dunford this year, serving as another occasion to reaffirm their resolve to a stronger alliance, it added.

I predict that North Korea backs down.

The Koreans clearly see the dividing line between the prosperity of the South, versus the brutal dictatorship that relies on bluster to stay in power.

As the world knows, dictatorships don’t last. The same fate awaits Kim Jong-un as that of Qaddafi most recently, unless he allows his country to flourish peacefully.

Frankly, for Kim Jong-un I don’t think that will be enough.

North Koreans may be battered women, but they know how a real relationship with the world should be. And soon, they may dispatch of their evil overseer.