A UN diplomat doesn’t seem to be a likely candidate for Lifestyles of the Super Rich. However, Susan Rice worked under the Obama Administration, so anything is possible. 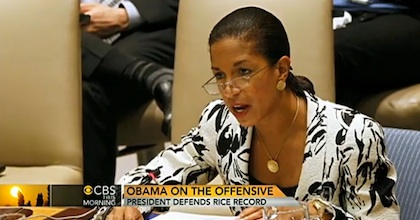 Did she win the lottery? Or maybe she inherited a fortune from her long lost uncle? We can’t say, but what we do know is government paychecks don’t produce that kind of wealth

Funny how leftists, who hate the rich never utter a word about Susan Rice’s net worth. Not only is Susan Rice worth so much money, but she has significant investments in over a dozen Canadian oil companies. She even has a conflict of interest with her ownership stake in TransCanada, you know that Keystone XL pipeline that Obama nixed? Remember during the campaign how ‘bad’ it was to have investments out of the United States?

While Rice was busy unmasking officials and trying to sabotage the current administration, she made more money in oil than the Beverly Hillbillies.

President Donald Trump is the nation’s first billionaire president — but he’s not as rich as he used to be, according to the Forbes 2017 Billionaires List published Monday.

The magazine put his net worth at $3.5 billion, down $1 billion from the rankings it issued a year ago.

As a result, his position on the Forbes’ ranking dropped 220 spots, leaving him tied with 19 others as the 544th richest person in the world.

Forbes said that much of the decline in Trump’s net worth is due to softness in the midtown Manhattan real estate market.

Here is what the New York Post wrote of Trump’s wealth during the campaign:

Fortune’s May 1 issue has a cover story on Donald Trump, saying his net worth is $3.72 billion — far below the $10 billion that he claims.

It’s also below the $4.5 billion that Forbes said he was worth in October — and just above the lower-water estimate of $2.9 billion from Bloomberg Politics.

Each time Trump lost money, the Left celebrated. But Rice benefited from her government job and nobody even notices that she was completely incompetent.