BEATINGS AND ROBBERIES: California BART Passengers Get What They Voted For

The lunacy of Liberalism spreads like cancer and encompasses all of America, and permeates all of society.

Here are but a few examples of Leftist run amuck in the land of fruits, nuts, and fairies. 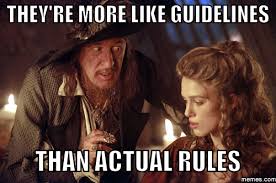 So one can easily conclude that in the Bay Area, the rule of law is scorned. In fact, laws are often ignored if the progressive overlords demand.

Thus, it should come as no surprise that 50+ teens beat and robbed BART passengers.  Dozens of the juveniles stormed aboard the train around 9:30 pm Saturday night at the Coliseum Station in Oakland (not far from the infamous Fruitvale Station) aboard a Dublin/Pleasanton-bound train.

Alicia Trost, a BART spokeswoman, said Monday that seven robberies had occurred — with victims losing a purse, a duffel bag and five phones. Six people were robbed inside the train car, with a seventh confronted on the platform, she said.

The attack was quick, police reported, and the teenagers were able to retreat from the station and vanish into the surrounding East Oakland neighborhood before BART officers could respond. The train that was hit was held for about 15 minutes as authorities investigated the crime and tended to the injured.

Remember what has occurred over the last year in San Francisco, Oakland, Berkeley, and San Jose just to name a few.

In San Francisco, not only will authorities not protect you; but you have no recourse.

A federal judge says San Francisco cannot be held liable for the death of a woman who authorities say was shot and killed by a man who was in the country illegally.

The University of California at Berkeley was thrust into the national spotlight again this week, after officials canceled and then re-scheduled a lecture by conservative pundit Ann Coulter, citing safety concerns.

Since the election, protests and rallies in Berkeley have devolved at times into all-out brawls, pitting supporters of President Donald Trump and members of far-right nationalist groups against local activists and anti-fascist agitators, according to NBC Bay area.

That’s one of the several new allegations in an amended class action lawsuit filed Monday by Harmeet K. Dhillon on behalf of 20 Trump supporters who were injured in the rally. The suit seeks damages against the city and police chief.

“What it says to me is that the head of the police department made an affirmative choice to delete language about ‘zero tolerance for violence’ at the event — which is deeply troubling,” Dhillon said, adding that the city was aware of riots against Trump in other cities leading up to San Jose’s rally.

“Yet, apparently, they made a policy decision not to call for all available mutual aid to ensure the safety of all citizens on both sides at this event,” she said.

You can bet that many in San Francisco condone what the 50+ hooligans did on the train. After all, these juveniles were just getting back at the system. Taking it to “the man.”

Certainly, anybody taking the Bay Area Rapid Transit System deserved to be beaten and robbed. It’s actually what they want.

Chauffeured around by BART like royalty. They get dropped off at their high-paying jobs, making fat wages in order to live in an overpriced Leftist Utopia.

These pompous blowhards will later meet for Happy Hour to solve the world’s problems. They will lament the plight of blacks, illegals, women, and so on. There is always plenty for them to do.

Finally, they will reboard BART to head home And let’s home the butt-kickings continue. They will certainly be well-deserved.