The Left wonder if Donald Trump and the Devil met at The Crossroads.

Consider how Trump hit the scene and how he continues to vex the Left.

In what some describe as Bidenesque utterances, Donald Trump got the attention of America, especially conservative America.

In a speech in June 2015, Trump mentioned rapist and murderers coming from Mexico.

They’re bringing drugs…crime. They’re rapists. And some, I assume, are good people.”

To hear the Left complain you would have thought illegal Mexicans entering America were all nuns and choirboys.

The bullet fired by Lopez-Sanchez ricocheted off the pavement, then struck 32-year-old Kathryn Steinle in the back. Steinle died a mere two hours later. Lopez-Sanchez had previously been deported five times.

What about the radical Muslims?

The next occurred when he discussed “radical Islam.” Trump proclaimed that America should take this threat seriously.

Leftists were incensed. They accused Trump of “Islamophobia,” and went into Muslim protection mode. Then, almost prophetically, Americans were attacked by radical Muslims in San Bernardino.

The media spent two days trying to figure out how NOT to call the attack “radical Islam.”

Is Donald Trump’s ability to negotiate “the art of the deal” based on his psychic abilities? 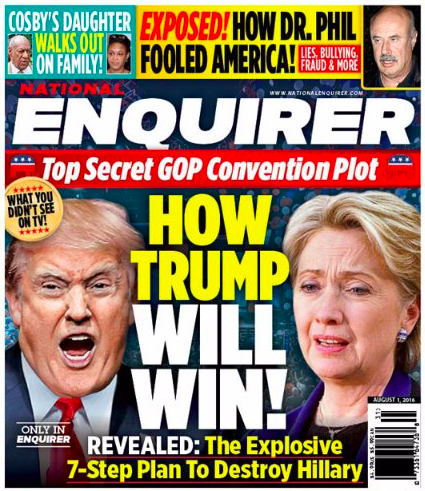 Trump discusses “truthful hyperbole” in The Art of the Deal. And he uses it to perfection.

Recall Trump discussing Sweden, again referencing how the influx of Muslims has changed the culture of the country. Moreover, Trump alluded to something horrible that happened “last night in Sweden.”

People were perplexed about the statement, given nothing had happened “last night in Sweden.” However, Trump’s statement drew attention to what does happen often in Sweden. Not long after Muslim migrants rioted in Sweden.

Trump would later explain the broad definition of “wiretap.” He claimed (rightfully) that he meant surveilled. However, the Left didn’t buy it.

The Left claimed this was yet another outrageous declaration by Trump.

It wasn’t. And as we continue to learn, Trump got it right.