At the start of the 1960s universities were overwhelming conservative. By the end of the decade, flower power, free love and Vietnam protests paved the way for leftism to take over.

Now liberal professors outnumber conservatives by a ratio of 12 to 1.

According to the Washington Times:

The disparity is highest at the most prestigious universities, the study finds. Pennsylvania State University, for instance, has a comparatively balanced faculty ratio of 6 to 1, while Ohio State University enjoys even closer ideological parity at 3.2 to 1. But a pair of Ivy League universities, Columbia and Princeton, both weigh in at 30 to 1.

The university with the most even ratio examined in the report is Pepperdine University, which has a reputation for being a conservative school but still has 1.2 Democrats for every Republican on the faculty.

Kim R. Holmes, a distinguished fellow at The Heritage Foundation, said the ascendance of multiculturalism in the humanities makes it difficult for conservatives to find work teaching.

Leftists view this imbalance in academia as a victory.

But Mr. Holmes said increasing intellectual homogeneity in academia does not bode well for the health of the American republic, pointing to the Founders’ belief in the necessity of a virtuous and well-educated citizenry.

“If the culture at large neither cares about morality anymore and, on top of that, the education is being cheapened, it’s no longer about trying to teach people to think critically but about trying to indoctrinate them to a certain point of view,” Mr. Holmes said. “The American public over time is going to decline in the ability to be self-governing, and, ultimately, that’s a threat to democracy.”

Recent events point to a changing tide. After the election conservative students, fed up with leftist professors started to fight back.

According to The Independent Review: 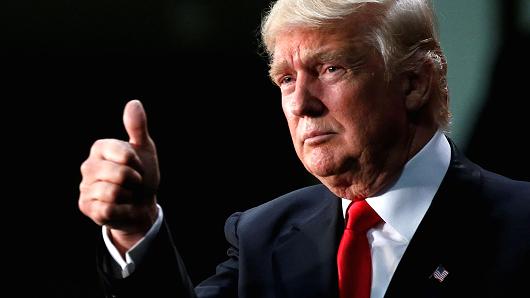 Conservative student organization, Turning Point USA, has released a new project called the Professor Watchlist. Thus the website enables students and parents to research professors that have a history of promoting a radical liberal agenda in their classrooms.

Boasting 1000 plus chapters nationwide and a presence in all 50 states, the organization prides itself on developing conservative activists who stand up to big government in and out of their universities.

The Professor Watchlist is a culmination of years of information gathering from conservative students. These students feel that radical leaning professors give no space for unpopular thinking in the classroom. Think of the website as the new RateMyProfessors.com but for conservative, libertarian-leaning students.

More recently, Obama’s most trusted advisor got the boot from North Eastern Illinois University. Their board laughed at her $30,000 speaking fee. Furthermore, they wouldn’t even allow a private donor to pay it. Thus Jarrett had no choice but to speak for free.

Susan Rice met a worse fate when her speech was flat out canceled.

Ask yourself when you have seen anything like this? Obama claims to be the most popular president ever, in or out of office. Yet, two of his most trusted advisers were completely dissed. And in case you didn’t notice both were BLACK WOMEN.

Trump set these changes in motion. He shines a light on the ignorance of liberalism. Academia will finally see the error of their liberal tendencies.