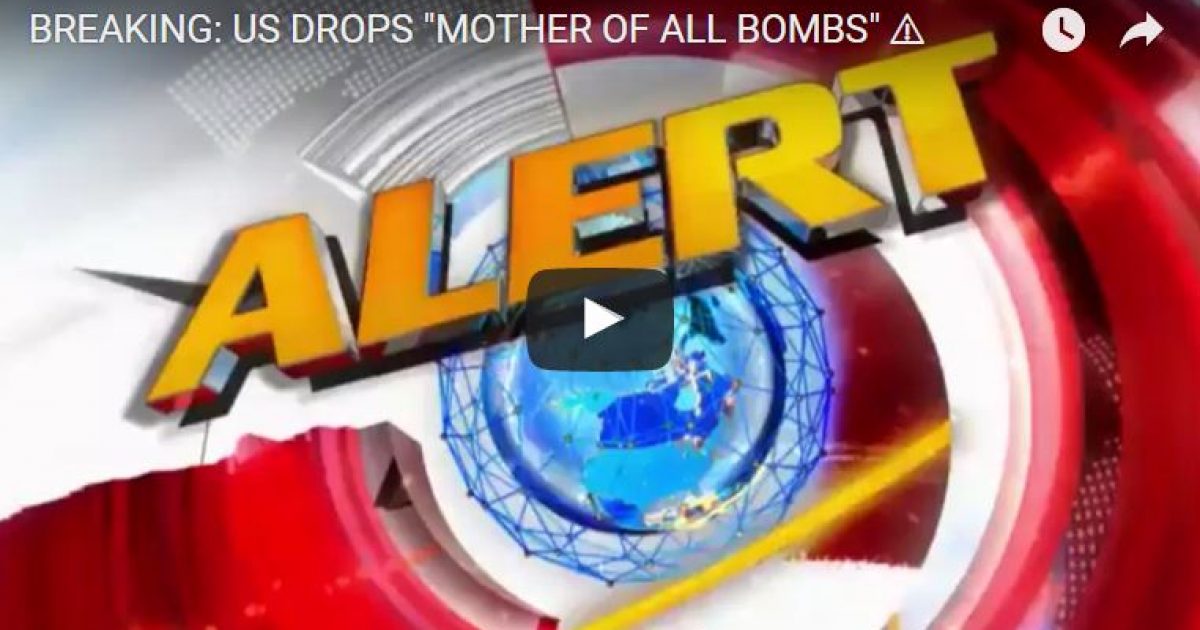 BREAKING: Trump JUST DROPPED MOTHER OF ALL BOMBS on ISIS!

Donald Trump said in the campaign that he was going to “bomb the sh*t out of ISIS,” and he’s doing just that.

As CNN reported, the MOAB bomb has been dropped on ISIS strongholds.

The US military has dropped an enormous bomb in Afghanistan, according to four US military officials with direct knowledge of the mission.

The MOAB is also known as the “mother of all bombs.” A MOAB is a 21,600-pound, GPS-guided munition that is America’s most powerful non-nuclear bomb.

The bomb was dropped by an MC-130 aircraft, operated by Air Force Special Operations Command, according to the military sources.

They said the target was an ISIS tunnel and cave complex as well as personnel in the Achin district of the Nangarhar province.

This is the first time the MOAB has been detonated in a combat situation. Moreover, most analyst consider this the most devastating bomb next to a nuclear bomb.

Those who didn’t take Donald Trump the candidate at his word must certainly be reconsidering their position.

We will update you as the story develops!