PRESIDENTIAL COSTS: I Wish Trump Had 4 RESORTS AND 17 KIDS by 6 Baby-Mamas

Recently Leftist complained about the costs of Donald Trump to the taxpayer.

His frequent visits to Mar-A-Lago has Leftists’ nipples twisted.

The fact is Trump took a pay cut to become president, unlike that previous “Welfare President.” And to paraphrase Michelle Obama on the White House, “Trump wakes up in a house built by slaves,” too. However, for Trump, other than its historical significance, the White House is a step down.

And then there’s that jet of his. Sure it pales in comparison to Air Force One, but such are the perks of the job. That doesn’t stop the Left from criticizing the money spent on him and his family,

CNN got its estimate 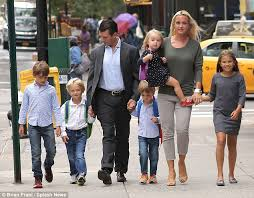 Given variations in each trip, estimating the security costs around a presidential trip is difficult. But a 2016 Government Accountability Office report about a four-day trip Obama took to Florida in 2013 — one similar to Trump’s trips — found the total cost to the Secret Service and Coast Guard was $3.6 million.

To date, Trump has spent six weekends — and a total of 21 days — at Mar-A-Lago, his private Palm Beach club. The total estimated costs for those trips are around $21.6 million.

CNN compared the cost to what was spent on Obama: $97M over 8 years.

Obama, by contrast, spent just under $97 million on travel in his eight years as president, according to documents reviewed by Judicial Watch, a conservative government watchdog. These trips included personal trips – including ski trips to Aspen and the Obama’s annual family vacation in Martha’s Vineyard, Massachusetts — and work trips, like a visit to Everglades National Park on Earth Day in 2015.

The Chicago Tribune refuted CNN’s findings, as they added costs to Trump’s trips, while neglecting those costs on Obama’s. No surprise there.

The media has also complained about the costs to protect President Trump’s family.

It began with the First Lady remaining at Trump Tower to not disrupt young Barron’s schooling.

Had Obama done this, the media would have fawned all over the story. But not with Trump.

No, they complained about the cost of dual Secret Service details. There is, of course, Melania and Barron. But then there are the older Trump children, mostly all adults. If my count is correct, there are a total of 5 Trump siblings, including young Barron.

Then came the discussion of the older Trump children, mostly all adults. If my count is correct, there are a total of 5 Trump siblings, including young Barron.

Obama, as we know only had 2 kids. And it was a fortune to keep up with them. Michelle Obama taking the kids on safaris and other lavish adventure. Did we complain? Hell yes, but it did no good. They are the president’s kids, thus entitled to protection.

If the Left had it their way, Trump would need to choose which TWO kids he wanted to protect. As for the others, “Everybody for himself and God for us all!”

I wish Trump had 4 resorts to visit on weekends and 17 kids by 6 baby-mamas!

What a great way to show Leftists America our frustrations than to have President Trump traveling all around the world to visit his kids and ex-baby-mamas.

As welfare in this country explodes, the Left chooses to target the man who is putting the country back to work…for real. These very same morons gave a pass to a man who claimed to create jobs, with his measuring stick being the number of people quit looking. And what about Obama increasing the welfare rolls by over 16 million Americans?

I haven’t looked at the numbers, but welfare won’t grow under President Trump; it will shrink. It’s the least we can do is protect him and his kids and allow him to vacation like a billionaire.

He shouldn’t have to take the pay cut for nothing.