He’s Dead But Teddy Kennedy Could have Beaten Hillary Clinton

Ever since Hillary’s historic election upset to Donald Trump, leftists have bent over backwards to excuse, rationalize, and justify it.

They have ignored the obvious for quite some time. However, now they may be getting it. 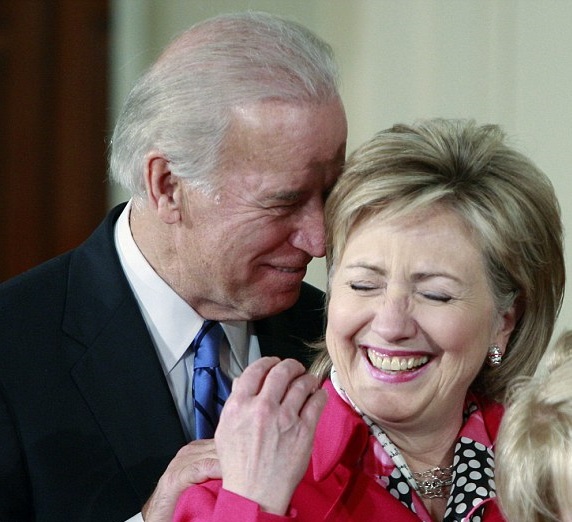 The Left now seems to know what conservatives have known for years. Anyone would make a better candidate than Hillary Clinton.

We warned the Left against Hillary Clinton, but they wholly ignored us. They laughed at our candidate, Donald Trump. We all know who got the last laugh on that deal.

So why not choose Teddy Kennedy?

After all, he is a Kennedy, even in death.

The “lion of the Senate” may have destroyed his own presidential prospects in 1969 when he killed a young woman in a drunk driving accident. But that would be a badge of honor these days.

In 2016, Kennedy would have been applauded for his actions that killed Mary Jo Kopeckne.

And you thought hiding a server in your bathroom closet was something?! Ted Kennedy killed a woman while driving drunk. Instead of saving her, he returned to his hotel to sleep it off.

But while Kennedy had no way of telling us he could win, Joe Biden could.

The former vice president now claims that he could have beaten Hillary.

Aside from Biden’s personal delusion, conservatives were telling liberals for two years how bad Clinton was as a candidate.

Recall, when Hillary had her first announcement “rally.” It was so well-attended, they did it again. Just in case people didn’t realize that she had announced the first time.

At her second “grand opening,” the “overflow areas” were empty, and her “flow” areas were almost anemic. If it were anybody else, the Left would have ridiculed the candidate.

Other foreboding signs of Clinton’s doomed cause took place on the campaign trail. In stop after stop, Hillary met with coffee-shop-sized crowds, at best. At one black church, less than 100 people attended, including Hillary’s entourage.

One event location that expected 4,000 was partitioned to showcase the whole 200 people who showed up. The press got great at shooting at the best camera angles for maximum impact. And yes, they obliged Hillary’s delusion.

So, no wonder brave Biden made his declaration.

I have a sad memo for the Left. Any number of Left-wing candidates could have defeated Hillary.

The next cabbie I meet could have beaten Hillary Clinton. Nevertheless, leftists hitched their hopes to a millstone and tossed it into the political ocean.

In fairness, Biden would have been a disaster as well. He may believe he has credibility. But he was a DC moron of the highest order. How do you think he got selected to be the VP of the most incompetent president ever? And Biden and Obama didn’t disappoint.

Here are just a few of the scandals that occurred under Barry and Joe:

Sure Hillary Clinton was easy to beat. But Biden would have been beaten as well.

Taking nothing from Donald Trump, but it was difficult for him to lose. Obama set the course for the Democrats, losing over 1,000 Democrat offices to Republicans during his tenure. Then the crooked machine took over, and Biden was part of it. He allowed the hoopla over a highly-flawed and very incompetent candidate…twice.

Democrats cast their fate to the winds, and the winds blew their history and legacy back in their smug faces. They wanted Hillary, and they got her. All two-axles of her.

As for Biden, there is one simple truth. if he felt he was the best candidate, then he should have stepped up. Saying you can win in retrospect is a coward’s comment.