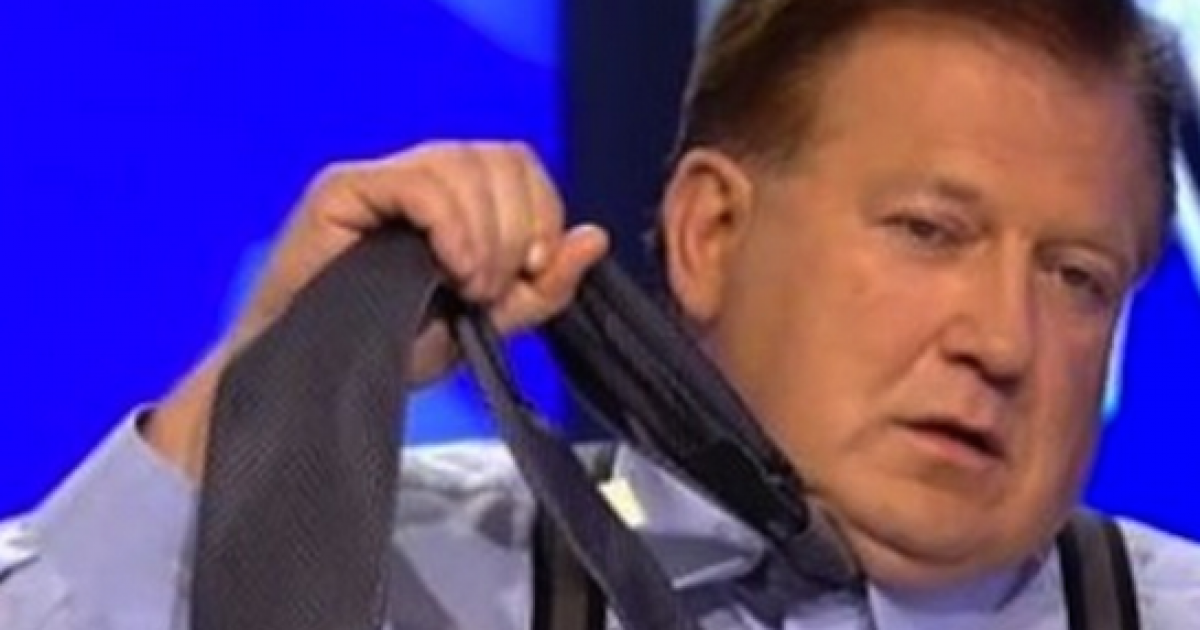 I sat in the green room of CNN with an attractive blonde who happened to be there as well. She was not on the show, but with somebody who was.

Suddenly, Beckel walked in, fresh from rehab. He had been furloughed by FOX the first time for “substance abuse.”

When he entered, I honestly thought he looked like death eating a cracker. Both me and the blonde recognized him, and said hello. Beckel’s eye trained on the obvious beauty of the woman, and he asked her what she would be talking about during her segment.

She and I had spoken earlier, so I was aware that she wasn’t going on TV. She looked at me, and I wondered if she thought the same thing I did.

Beckel had no idea I was the person going on. It was clear he wasn’t going to inquire. How could I be going on TV, since CNN had their quota of blacks and there sat a beautiful blonde

News of Beckel’s firing comes as no surprise to me.

He could have been fired for his work.

Beckel presented the Leftist view as co-host of “The Five” before he left FOX News in 2015, as I mentioned earlier. He returned to the show in January just before it was moved to its latest spot at 9 p.m. time slot as part of the FOX News shuffle caused by O’Reilly’s and Kelly’s departures.

Routinely, Beckel routinely cause mild heart attacks for FOX News producers, as he seemed to have no filter. On several occasions, Beckel dropped F-bombs and other obscenities on the air in a less than accidental way.

Nevertheless, as I indicated earlier, Beckel was no fired for his crass Leftism, but instead because of racism.

The network released the following short statement to Variety:

“Bob Beckel was terminated today for making an insensitive remark to an African-American employee.”

A source at FOX News said a black IT staffer was working on Beckel’s computer when some sort of exchange occurred. Beckel supposedly made an insensitive remark. Beckel quickly apologized to the IT employee, but it clearly wasn’t enough to save his job.

“Does this computer come in any other color than BLACK!?” – B. Beckel {just kidding]

Attorneys handling a racial discrimination lawsuit are representing the IT employee and provided a little more context in a joint statement:

Douglas Wigdor and Jeanne Christensen, lawyers handling a growing racial discrimination lawsuit filed by current and former Fox employees, said in a joint statement that Beckel told one of their clients, a black IT worker, that he was leaving the office while the employee serviced his computer because the employee is black. When the IT worker filed a complaint, Beckel attempted to intimidate him to withdraw it, Wigdor and Christensen said.

I recently returned from “sensitivity training” at FOX News in New York. Though the training is a joke in the sense that Leftism runs rampant, what’s not a joke is how seriously FOX News will take it.

I must admit, I find humor in that fact that the first victim of Leftist policies is one of America’s most prominent Leftists.

BREAKING OUT OF TEXAS- Finally!!! LIFE IN PRISON!
AFF