Why Obama decided to open Cuba up to America is a mystery.

Sadly, unless you love vintage 1950s American cars and over-rated cigars, Cuba has nothing to offer.

The place is an anachronism, stuck in the time-warp that most other communist countries escaped. But, there is no sense assessing blame. Because Cuba is as Cuba does; just like a box of chocolates.

Nevertheless, Obama saw restoring relations with this Third-World armpit as a legacy-builder. What else could America’s first black and most worthless president have to hang his hat on? Obamacare?

Metaphorically, Cuba is much like Obamacare: a dismal failure and a reminder of what happens when communists run something.

Apparently, America’s new champion, President Trump sees things my way. And, according to The Daily Caller the president set his sights on Cuba.

Recall what Trump said of Cuba before the election. In the interview, then candidate-Trump focused on the nature of the deal. Therefore, his comments referred to how bad the deal was.

Has anything changed from his pre-election stance? Doubtful.

President Trump tends to be resolute. 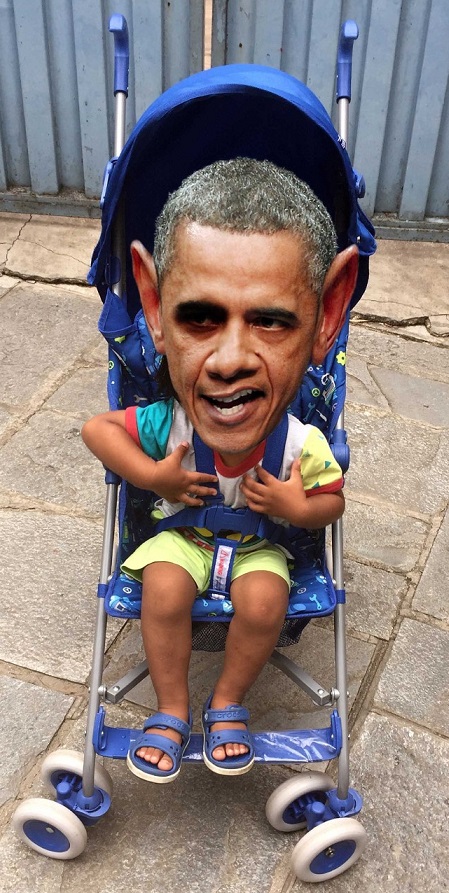 Recall, Obama loosened restrictions on travel and doing business in Cuba, as he re-established diplomatic relations. Ironically, in what goes against Obama’s policy of granting Mexican illegals a pathway to citizenship, he ended the “wet foot, dry foot” policy that gave illegal alien Cubans a pathway to legal status in the U.S.

Reportedly, the Trump administration initiated a full review of the policies on Cuba. Rubio and Diaz-Balart have urged Trump to bring back the hardline policies against Cuba.

Why should America reward Cuba for its steadfast support of the Castro brothers and communism? America received no favors from Cuba.

Moreover, one would think that given the proximity to America and our decades of prosperity, the Castros would have embraced capitalism.

Try to imagine what Cuba would be like, if they had not followed the very path that Obama charted for America? Yet, Obama befriends the backwards nation, all in a ploy to score political points.

In March,the Miami Herald reported that Rubio had stated,

“I am confident that President Trump will treat Cuba like the dictatorship it is and that our policy going forward will reflect the fact that it is not in the national interest of the United States for us to be doing business with the Cuban military.”

No doubt the deal changes. However, we won’t know much until later this month. Sometime in June, the president speaks on this issue and hopefully provides clarity.

There were a few ironies of Obama opening up the Cuban market.

As we reported, nobody went.

“CUBA!” CANCELLED AFTER ONE SEASON OF AIRTIME

In near laughable consistency with the rest of the Obama Administration’s out of touch policies, Airlines find that…SURPRISE! Americans don’t really want to go to Cuba.

Due to lack of demand, two major airlines will suspend Cuba operations next month. Frontier and Silver airlines find U.S. to Cuba flights too expensive, with low turn-out.

Obama took a tongue-lashing from Castro for that?!

To stand by and listen as Cuba’s president lectures America on human rights proves everything we Conservatives have said about this insult to the American people, and I’m not talking about what Castro said. The insult is Barack Obama.

He should have kicked the sh*t out of that little Cuban, yet our Moron in Chief stood by and listened. THEN he had the nerve to give a short talk with Che Guavara in the background!

Fear not, Americans. For President Trump will restore our good standing with the world soon.