Time and time again conservatives prove who the real 800-pound gorillas are.

On the other hand, most leftists are takers. They contribute little to society and instead rely on us.

We house them, we feed them, and we clothe them. If it weren’t for our good nature, leftists would mostly die in the streets. Yet, these morons get almost all of the attention.

Advertisers fear them, but completely ignore us. But this year we battled back. And what’s funny is the signs of Trump’s ultimate victory were clear for those paying attention.

For example, we backed Hobby Lobby in its fight with Obamacare. The Hobby Lobby brand improved. Then there was Chick-fil-A. That franchise had remarkable success after we “boycotted” them.

However, things didn’t go so well for Target and Starbucks. When these companies went rogue, conservatives abandoned them, and they continue to suffer.

Next, we set our sights on sports.

The NFL tried their social engineering with Michael Sam, and we warned them. I wrote of Sam at the time. 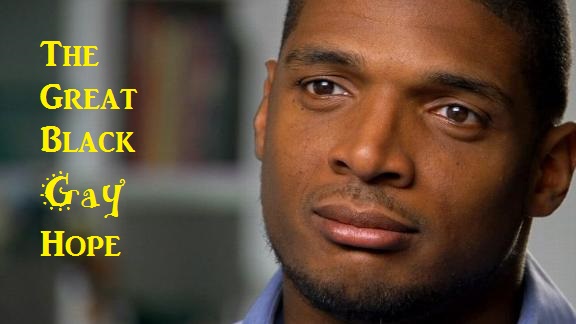 There is a new reason to celebrate gaiety. America has our first openly gay NFL prospect.

Finally, the NFL has broken the gender barrier, and embraces its first openly gay potential NFL player. Put another way: the NFL could actually knowingly draft a gay player!

It gets better. Because America, the gay agenda, and the NFL get a bonus…the player is BLACK!

Holy mother of all things sacrilegious, we get a two-fer! Who knew that it would be a black gay guy to break the tolerance barrier in the NFL? Black, sure. But black AND gay. The NFL is showcasing the essence of tolerance.

Missouri football player Michael Sam decided to “reveal” that he is gay. Why? Because being gay is important to the sport of football, silly! It’s important to make a manly sport all about “being gay.”

See, look at me, I’m a punk and I can play football.

I know people will say, “Kevin, he didn’t do it for the fame; he was just making a point.”

Ok, and did you know who he was before the mention of his sexuality? Had he not mentioned his sexuality, would you have known who he was? No you wouldn’t, Jason Collins.

Unless something changes, I see Butch Lesbian Beauty Pageants in the future, because being gay is the “in” thing.

But it only got worse with the NFL, as we got Colin Kaepernick.

This moron disrespected America, the flag, veterans, and the sport, yet the NFL did nothing. 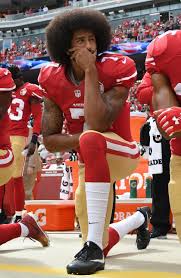 Thus, we got the recent news about the uber leftists ESPN, who laid off 100 workers. Are leftists still not getting it?

One writer recapped my earlier sentiments.

Underdog status is not something normally assigned to the N.F.L., the most powerful sports league in the country. But amid the jubilation was a sense that storm clouds are gathering. Last season, for the first time, ratings at every one of the league’s top broadcast partners declined. Ratings may rebound, but the league’s owners — who make the majority of their revenue from television deals — now must confront the possibility that the networks will resist paying ever larger sums for the right to air games.

The owners got another reminder of that possibility on Wednesday, when ESPN, the 800-pound gorilla of sports television, laid off about 100 on-air sportscasters and reporters, including a handful of veteran writers for its digital site who covered the N.F.L.

Yet, the NFL does chase the money.

As the article conveys,

Before then came a wave of relocations that pushed the league into new markets — but also alienated fans in three cities that lost, or are losing, teams: San Diego, St. Louis and Oakland, Calif. The Rams are now playing in Los Angeles; next season the Chargers will be there, and by 2019, the Raiders will be in Las Vegas.

The moves re-emphasized that the league’s biggest priority remains making money — from relocation fees the moving teams pay the league, plus the league’s cut of naming rights, sponsorships and other revenue boosts — no matter the complaints from deserted fans.

So, the NFL deserts fans when chasing a buck, but hasn’t realized where the bucks come from…conservatives.

Which brings me to leadership.

Most sports have succumbed to political correctness.

Almost all American businesses do this now, as PC is the norm. Sport and high-tech were immune in the past, but only high-tech remains impervious to a degree.

“…some fans now take a jaundiced view of the owners, and particularly the commissioner, Roger Goodell, who speaks for them.

Mike Carr, a Cleveland Browns fan who drove 15 hours from Michigan to watch the draft, seemed to sum up that outlook. Carr wore a T-shirt that said “Johnny Rehab,” a nod to Johnny Manziel, the troubled quarterback drafted by the Browns in 2014. Before the draft began, Carr said he had made the trip in the hope that he could watch the Browns acquire Myles Garrett, the defensive end from Texas A&M, as the No. 1 overall pick, which they ultimately did.

Carr was not alone, based on the deafening boos from fans that greeted Goodell every time he took the stage.

Hopefully, the new leadership at the helm of America can set things back.