SHOCKER: Hillary Clinton Admits to Why She Lost the Election

Of all the excuses the twice-failed presidential candidate thought up, this one actually has merit.

After the election, Hillary Clinton spent months in hiding. And during that time she didn’t utter a word about the election. Unfortunately for us, she finally surfaced from her rat hole, and the Left now provides an ever-growing litany of excuses for her loss.

We compiled a list just so people could try to keep up.

We were told that women-haters all conspired against her. So much for the Women’s Movement, and all that Hillary et al. accomplished. At least when Obama broke the color barrier, he actually got whites to vote for him.

Clinton calls half the country “deplorables,” and expected them to like her?

Then, when Clinton hit the point of desperation, she blamed Comey and the Russians. And boy have the Left milked this fake scandal.

Now, we have another excuse.

This one may actually be true.

Hillary Clinton says voter suppression is the new reason she lost. After seeing the evidence backing her claim, she might regret bringing this up at all.

As the Daily Caller reports: 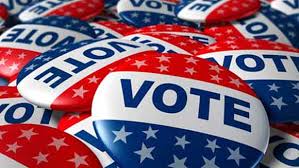 Interestingly, post-primary Hillary never visited the Badger State. Clinton felt Wisconsin was well in hand, after cheating Sanders out of his primary victory.

Amazingly, Clinton and the Left are too obtuse to connect the dots.

Clinton claimed, “what I was doing was working. I would have won had I not been subjected to the unprecedented attacks by Comey and the Russians, aided and abetted by the suppression of the vote, particularly in Wisconsin.”

Clinton neglected the “cheese heads” due to her workload?

If by working, Clinton means destroying email evidence, then in fact, she worked overtime.  And let’s not forget the time she spent managing that server in her basement bathroom closet.

But what of the votes not suppressed by people who had no right to vote?

According to National Review:

“Today, the Public Interest Legal Foundation released documented proof that in just 138 of Virginia’s counties and cities, voting officials quietly removed 5,556 voters from the rolls for being non-citizens in recent years and that a third of them cast ballots. Virginia’s sloppy procedures are duplicated in many other states, making a national investigation imperative.”

This report demonstrates the fraud perpetrated by Democrats and illegals on the American electoral system. How bad is it?

“In 2014, … comprehensive survey data [showed] that 6.4 percent of the nation’s non-citizen population voted illegally in the 2008 election, enough to have changed the outcome in some states.”

Anybody want to hazard a guess as to which party got the majority of the illegal votes?

What we do know is that voter suppression and fraud consistently benefit Democrats. So, Hillary has no basis for complaint.

As The Black Sphere previously pointed out:

Shortly before the election, Virginia officials discovered dead people were registering to vote. Democrats tried to discredit the story, until one determined citizen locked down the paper trail.

Then, the Gateway Pundit reported that in Detroit, Michigan, 37 percent of the precincts had fraudulent voting practices. These votes were uncovered during Hillary Clinton’s recounts requested by Jill Stein. That’s just in Detroit.

Additionally, a massive voter fraud incident was discovered in Nevada. Half of the 19,000 votes in one district alone were determined to be fraudulent.

Just last month I wrote about an illegal immigrant who was caught voting five times in multiple districts.

Now, a study from the state of Kansas found over 7 million voter registrations appear in two states simultaneously.

Hillary might want to quit while she’s behind. If she keeps crying ‘voter fraud’ the public will undoubtedly discover that President Trump won the popular vote, as well.