Regardless who’s in office, being the U.S. President is a very tough job.

But it also comes with quite a lot of cool perks beyond the $400,000 salary (which Trump is donating to charity), the president also gets to enjoy the following privileges: 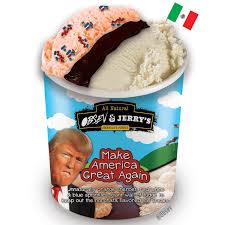 It seemed a bit of a non-issue for even the Democrat-favoring mainstream news media that is always looking for the next scandal to create hoping for their next ‘Watergate moment’.  Nevertheless, Time Magazine has raised a ruckus about President Trump having two scoops of ice cream with his dessert, whereas everyone else only got one scoop:

The waiters know well Trump’s personal preferences. As he settles down, they bring him a Diet Coke, while the rest of us are served water, with the Vice President sitting at one end of the table. With the salad course, Trump is served what appears to be Thousand Island dressing instead of the creamy vinaigrette for his guests. When the chicken arrives, he is the only one given an extra dish of sauce. At the dessert course, he gets two scoops of vanilla ice cream with his chocolate cream pie, instead of the single scoop for everyone else. The tastes of Pence are also tended to. Instead of the pie, he gets a fruit plate.

With ‘Political’ Friends Like These…Best To Get A Dog.

But for today’s volatile DC political establishment, anything that can be used to attack as often as possible.  For example, several Beltway insiders openly gossiped on Twitter like middle school students at lunchtime:

This explains a lot. pic.twitter.com/TeexrVv4GK

a man unable to restrain his urges

seriously, this is how assholes behave.

In stark contrast, The New York Times praised the Obamas in 2014 for ‘raising the bar’ on bringing a highly delectable and elegant eating style back to the White House:

He (Sam Kaas) has helped to popularize a way of eating embraced by moneyed urban foodies. Just as the first lady’s fashion choices and toned biceps permeate the consciousness of the country, Mrs. Obama and Mr. Kass have taken organic gardening and the whole-wheat-ification of grilled cheese sandwiches mainstream.

Rush Limbaugh opined that the Time hit-piece served an opportunity for yet another media pile-on.

It served as a warning to any potential future political outsiders: “Don’t even think about it!  This is what we will do to you!” 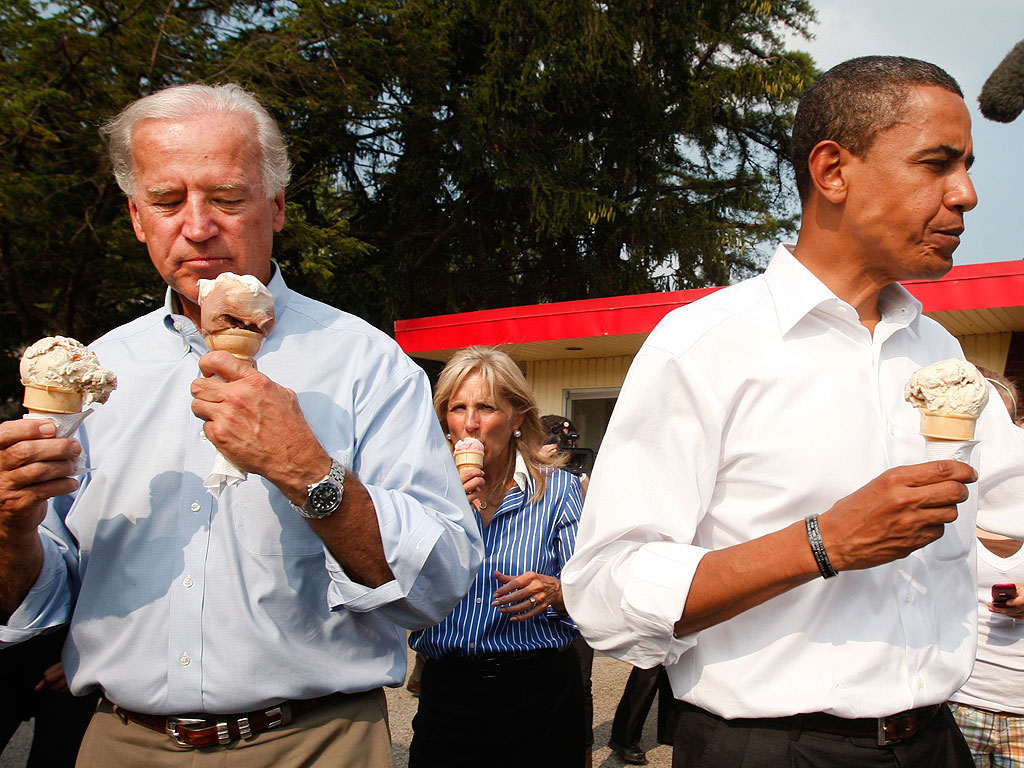 This was a serious news item in TIME magazine (the same place that told us boys and girls are born different), and it was judged to be so revealing and so indicative of the kind of mean guy Trump is that they talked about it on CNN yesterday. “He gets two scoops, and you only get one!” Does anybody remember…? Outside of Michelle Obama’s ludicrous school menu, does anybody remember details of dining in the White House with the Obamas? Of course not. They’re losing it, they’ve lost it, and the evidence is abundant each and every day.

But the mainstream media did a story a couple times that Nixon served his guests cheap, rotgut, over-the-counter red wine while he was served Bordeaux, most likely Chateau Margaux, that was wrapped in a towel so that his guests could not see what he was getting. No idea if it’s true, but it was reported. It’s the kind of thing that the media reports that’s designed to drive somebody crazy, which (make no mistake) they’re also trying to do that. They are trying to drive Trump crazy.

But Wait!  Ever Hear The Story About The Original ‘Ice Cream-Gate?’ One of the most iconic must go to destinations on Penn State University’s main campus is the historic The Creamery ice cream facility.  Any Penn State student or alumnus knows by tradition that it’s forbidden to mix ice cream flavors in either your ice cream cup or atop of your cone.  However, the ‘Creamery Scandal’ that rocked the university in 1996 is a tale that has become the stuff of college legend:

Perhaps the most famous visit to the Penn State Creamery was three years earlier. Yup, you guessed it. President Clinton visited the Creamery in 1996. Now, you might have heard that famous story about how the President insisted on having two flavors on his cone. Mixing flavors, as you undoubtedly know, is strictly against Creamery rules. But President Clinton remains the only Creamery patron to get his wish: a cone with both Peachy Paterno and Cherry Quist.