Rosie O’Donnell despises President Trump and for no good reason.

Vile leftists like O’Donnell don’t need a reason to hate. They are predisposed to hate due to their miserable lives.

O’Donnell has called President Trump “mentally unstable” and “the world’s worst human.” Ironic, since that’s what many people think of her. 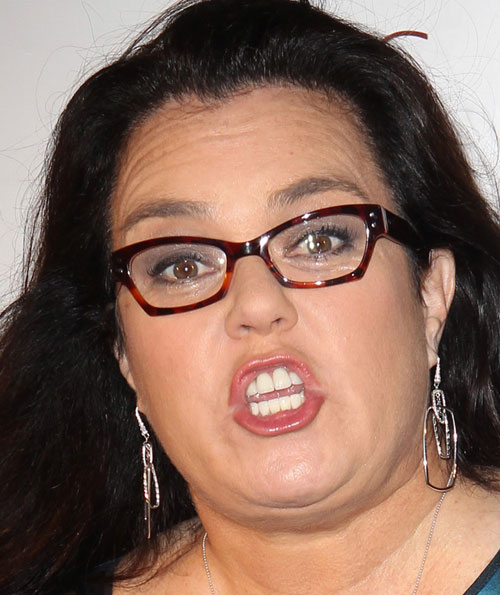 O’Donnell fancies herself a proud feminist. She claims to advocate for women’s rights, when she’s not splitting her time between the fems and the LGBTQ.

What may be most interesting about O’Donnell’s advocacy work is her claim to help women who have been abused and misused by men. We may now understand the specificity of her help, given that her own daughter accuses her of abuse.

O’Donnell’s adopted daughter gave an exclusive interview in which she accuses the “drunk” comedienne of quite a few abusive acts.

The young O’Donnell said her mother locked her in a bedroom. She then adds that her mother attempted to pull her clothes off to see her tattoo. And far worse, O’Donnell’s daughter said her mother threatened to strike her with an empty wine bottle and told her she could “kill her.”

In the interview with the Daily Mail, Chelsea O’Donnell says the 2015 incident triggered two years of challenges with her mother that have resulted in an estrangement between them.

Chelsea recalls another situation where Rosie was violent towards her striking Chelsea at a boarding school she was attending:

“Since I was 12, Rosie has been verbally abusive and that was something I didn’t like, making me feel that there was something wrong with me.”

“When I was 13, 14 and I was at boarding school in Utah, I had gotten into trouble and I was in a locked room. She had come to see me and they let her in. We started arguing because I didn’t want her there. She got really close to me. I tried to push her away from me and she hit me.”

Chelsea said she never contacted the police regarding any of these incidents because Rosie, “would have tried to say I was crazy and they just wouldn’t believe me.”

Adopted children often feel this way. These children can be very difficult to raise, as they tend to have a severe fear of abandonment. These fears can bear themselves out in theft, which they see as necessary for survival.

“She tries to make people think I’m just crazy and she’s this great mother that’s trying to save her daughter when none of that’s really true. I feel like she’s been very dishonest and done things that have really hurt me and my life. I want to clear things up and get the truth out.”

She accused her daughter of being mentally ill, and offered nothing that showcased the love between a parent and a child.

“Chelsea is mentally ill, has been in and out of hospitals most of her life, born addicted to heroin. She has had a tough road. As for her comments—unfounded, untrue and desperate. She is very sick. She is not capable of truth or reason.”

If these allegations are true, O’Donnell’s life proves to be a complete contradiction.