I truly feel sorry for Trayvon Martin. He may have actually had a chance.

He had good parents. Though Martin had his issues, he worked to potential resolve them, when he was killed in the gated community where his father lived. 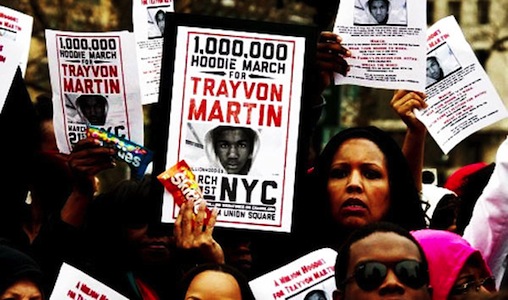 Did Trayvon cause his own death? To a large degree, yes. Nevertheless, it’s sad that he died, and was unable to deal with his demons.

Before Conservatives start the attack, understand I come at this from the position of a father and a highly failed Christian. Despite the circumstances of Martin’s death, I would have liked to have seen him respond differently.

So, when I learned that he was to get a posthumous degree in aeronautical engineering, I scoffed. But not for the reasons you may think.

Trayvon Martin will be awarded a posthumous degree in aeronautical science in memory of his ambition to become a pilot before he was shot to death in 2012.

Florida Memorial University earlier this week announced on Facebook its plan to award Martin a bachelor of science degree with a concentration in flight education on May 13. His mother, Sybrina Fulton, who graduated from the college, and father, Tracy Martin, will accept the award on behalf of their late son. The couple took to advocacy work following his death and established the Trayvon Martin Foundation to help prevent gun violence and work with victims and their families.

“Sybrina, our alum, epitomizes strength and dignity as she uplifts other victims of violence while effecting change for a more equal and just society,” Dr. Roslyn Clark Artis, the university’s president, said in the Facebook post.

The university, located in Miami Gardens, Fla., decided to award the degree to mark the fifth anniversary of Martin’s death, a spokesman told the New York Times, adding that had Martin lived and finished a four-year college program, he would have graduated this spring.

I know it’s a politically correct ruse on behalf of the university.

They likely have no idea what Trayvon Martin wanted to study. 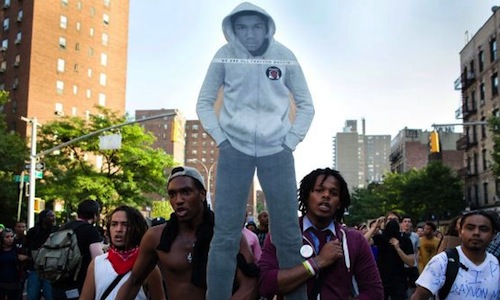 But what really bothers me is the motivation behind it?

First, why now? Why not year one or year four? They wait until President Trump becomes president, so they can reignite the spark of Martin’s death?

Second, the couple has a foundation against gun violence. For what? To address black on black crime. Or for more self-serving fundraising and Leftist narratives.

Will Michael Brown get an honorary degree from Wash U in St. Louis? The Alton Sterling Yale Fellowship?

Or better yet, will Ivy League school begin bestowing these degrees on dead black men, while live ones continue to languish?

Such is the way of the Left. Reward the undeserving, ignore those who try. And the harder they try, the more you ignore them.