In Obama’s first 100 days, he lost over ONE MILLION JOBS.

What a difference a leader makes! President Trump crushed the record for jobs creation in the First 100 Days, embarrassing Obama.

Despite inheriting Obama’s massive debt and back-breaking deficits, President Trump has the country on the right course.

How will the Left handle this news? You can bet that for the most part, the media will downplay this information. Can’t let it slip that President Trump is a rock star.

The U.S. economy added 211,000 jobs to nonfarm payrolls in April, the Bureau of Labor Statistics says. The number is a sharp rebound from March, when the agency initially said less than 100,000 jobs were created.

Did you catch that?

I chuckle at the old days when this report would have been the opposite. In order to make Obama look good, the BLS would have estimated that 211,000 jobs would be created, then downplayed the actual result of 100,000 jobs created.

Both the unemployment rate, at 4.4 percent, and the number of unemployed persons, at 7.1 million, saw only incremental changes in April.

Most Americans weren’t even aware of the latest unemployment figure. However, in the Era of Zero even a 0.1 downward tick was big news. Obama would remind America that his policy of counting people who quit looking for jobs was working.

“Over the year, the unemployment rate has declined by 0.6 percentage point, and the number of unemployed has fallen by 854,000,” the Bureau of Labor Statistics says.

Imagine the media had Obama dropped unemployment, for real, by 0.4 percent in only 3 months!

And from where did the “magic wand” jobs come?

In the jobs report that came out Friday morning, some of the biggest gains came in leisure and hospitality, health care and social assistance, financial activities, and mining. 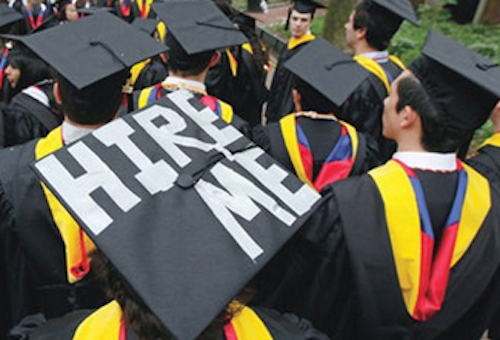 n other words, more people rejoice in the Trump presidency, thus they plan vacations and other junkets. Financial services is obvious–the exuberance over a president who understands economics has the stock market soaring.

Finally, with mining, the impact from Trump is again clear to see. The man relaxed regulations so the coal miners could go back to work, and the benefit has been enormous, though things have only begun.

In short, President Trump is putting Americans back to work again. CEOs can now plan for a prosperous future free from regulation and onerous government interference.

For President Trump to spin a failing economy on a dime, and get bona fide job growth is nothing short of magical. But for a proven leader, results like this merely mark the beginning.