Donald Trump will win over Millennials with one word: truth.

Most of America has watched as President Trump did exactly what candidate Trump did and that’s expose the game. 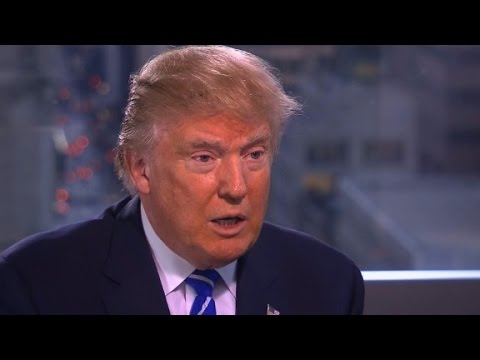 And you can bet there are many in DC on both sides of the aisle who would do anything to put that genie back in the bottle.

Despite many Millennials being the snowflakes we know them to be, some are beginning to understand how Leftists let them down. President Trump has begun to remedy that.

President Donald Trump won’t get a reprieve from the media, those in power in DC, and other Leftists. Thankfully, he won’t need it, as he is a one-man media machine, ergo a one-man wrecking crew.

During the 2016 presidential elections, Donald Trump fought the mainstream media and their fake polls. Despite violent attacks from the Left and a crooked political machine determined to undermine him, Trump soundly defeated “Crooked Hillary.”

During his transition period, President-elect Trump paved the way to prosperity, to Make America Great Again.

And unlike his lying predecessor, Trump’s jobs were tied to companies.

Trump left no wiggle-room for what he would do, though he didn’t tip his hand as to how. He vowed to secure our borders, and he is well on his way. Trump vowed to defeat radical Islamic terrorism, something Obama actually brought to America and encouraged.

The current president makes bold moves which daily exposes the complete idiocy of Barack Hussein Obama. In less than 4 months, America has witnessed genius. They now have a comparison which leaves only one conclusion: Obama is even dumber than we originally believed and equally inept.

In his speech to graduates at Liberty University, the president offered real hope and words of encouragement.

Though his speech was for commencement at the university, his message was for all Americans. He conveyed what it truly means to “never give up”.

As reported by Fox News:

Trump insisted that he has personally witnessed “how the system is broken” during his first few months in our nation’s capital as he warned the students to never allow the “failed” institutions to stop them from accomplishing their dreams.

The president received the loudest applause when said that we cannot allow the establishment to dictate our lives and tell us how we should live. This was a major difference — amongst many other things — between Trump and Hillary Clinton. People are sick and tired of being told what to think and that they should always be careful so that someone doesn’t get offended if you offer a differing opinion. Trump has destroyed those liberal talking points for good.

“A small group of failed voices who think they know everything and understand everyone want to tell everybody else how to live and what to do and how to think,” Trump said. “But you aren’t going to let other people tell you what you believe, especially when you know that you’re right.”

Trump told the raucous crowd that we don’t need a lecture from the Washington DC establishment:

“As you build good lives, you will also be rebuilding our nation. You’ll be leaders in your communities, stewards of great institutions and defenders of liberty,” Trump added. “And as long as America remains true to its values, loyal to its citizens and devoted to its Creator, then our best days are yet to come, I can promise you that.”

“As long as I am your president, no one is ever going to stop you from practicing your faith,” Trump told the graduates of the Christian university.

Over 50,000 people attended the commencement, a record for the university. In other words, Trump still draws the biggest crowds.

By contrast, Obama speaks–for record amounts of money–and his crowds are anemic by comparison. The more Obama stays in the public eye, the worse things are for the Democrats.

Quite the opposite is true for President Trump. The more he’s seen, the better for the nation.