Horrific: Check Out NUMBER OF PEOPLE KILLED So Far During Muslim “Holy Month”

Thank Allah we have entered Ramadan, the holy month for Muslims.

Who knows how many people would die, if it weren’t for the respite infidels get during Ramadan.

Holy Mother of Mohammad, these Muslims can be brutal.

As The Daily Caller noted: 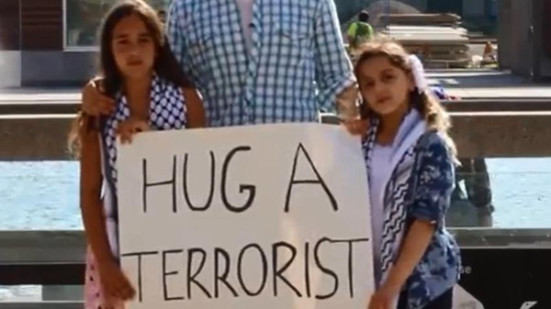 Significant terrorist attacks have sprung up across the globe since the beginning of Muslim holy month of Ramadan May 26, with current counts confirming three attacks and 149 dead, and a reported Saturday incident on London Bridge still developing.

Islamist terrorist groups usually use the holiday to mount more significant terrorist attacks, and promise their followers extra benefits for dying in such attacks during the holy month.

The major attacks of Ramadan 2017 include twin suicide bombings in Baghdad and a massive suicide borne vehicle bomb in Afghanistan. An unconfirmed terrorist incident also occurred at a casino hotel in Manila earlier this week. These attacks occurred before a reported deadly incident on London Bridge Saturday.

There is good news.

The Muslims have a ways to go to catch up to last year’s number of over 400 people killed during the month of Ramadan.

We are only one-third of the way, so Muslims are on a record pace.

If you await an apology from Muslim organizations or any leftist organizations, let’s hope you’re not holding your breath.

Muslims and leftists don’t apologize. They look for ways to make the victims of their heinous crimes feel like the oppressors. They are rapists who tell women it was the woman’s fault for wearing such provocative clothing.

We will continue to report of Muslim attack escalations, until the world sees what’s happening.

To understand the scourge of Islam and radical Muslims, understand that more attacks happen in one month now, than happened in the decade of the ’80s.

Consider what we wrote recently of the escalation of Muslim attacks:

In the ’70s, the only terror attack took place in Saudi Arabia. In that attack The Grand Mosque was attacked. 240 people were killed and 180 wounded.

In the ’80s, 657 people were killed 303 wounded in less than a dozen attacks. The largest attack of this decade was at the Marine barracks in Beirut where 307 Marines were killed and 75 wounded. The countries of attack were the usual suspects. Syria, Lebanon, Kuwait, and other Middle Eastern countries. Hardly a decade goes by without an attack on Israel.

Even European countries were not immune, as Denmark and Spain.

By the ’90s, Islamic attacks begin to escalate. There were almost 3 dozen attacks, and the total carnage for the decade came to 1,049 killed and 7,757 wounded. As you can see, things have begun to ratchet up quite a bit. The list of countries has grown significantly as well.

China, the United States, the United Kingdom, France, and many others have now joined the list of countries who’ve come under attack.

These numbers are bad enough.

But when you get to the new millennium, things get far worse.

By the new millennium, they stopped measuring terror attacks by decade and began measuring by year.

So in one year more people were killed and wounded by Islamic terrorists than in the modern era. The largest attack occurred in America, as the World Trade Center buildings were targeted. 2,996 people died, and over 6,000 were wounded.

The list of countries grows and the number of attacks rises with deaths and wounded varying, but nevertheless numerous.

Only a fool would ignore what’s happening here.

Soon, we will be able to replace these years with more horrific years.

It’s time the leftist world awakes to what’s happening. Thankfully, there are far too many “infidels” willing to fight for our religious freedoms.

The Muslims know this, which is why at least in America for now, they have chosen to infiltrate our government, and not attempt to fight us.