Democrats are running around like sprayed roaches after Ossoff’s defeat.

Leftists are depressed and remind me of rescue dogs.

Rescue dogs get depressed when they are tasked with finding humans alive only to find nothing but cadavers after a catastrophic event like an earthquake. The dogs’ handlers know this. So periodically they put a live human in the rubble, so the dogs can find a survivor.

Unfortunately for the Democrats, after the earthquake of Donald Trump there are no survivors, and nobody to pretend to be alive.

The election of Karen Handel proved what conservative Americans know: Trump has a mandate.

The president watched the election, likely readying himself to laugh at the look on the leftist media pundits’ faces as the results rolled in. 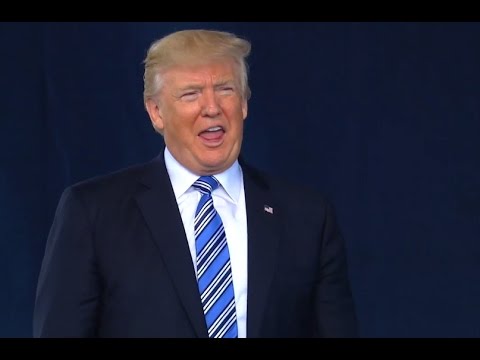 What I like about Trump is he makes no bones about his winning. It’s very un-Republican to spike the football. It’s ungentlemanly, most would say.

But conservatives are not dealing with gentlemen on the Left. The Left are brutes who understand one thing: pain.

And boy has Team Trump brought the pain.

Since then we have made them cry four more times, with the biggest hurt coming in the Georgia special election.

Note that after each loss, the Democrats split their deuces, and doubled-down–a bad bet for those of you who don’t get the blackjack metaphor.

After FIVE losses, you’d think the Left would want to cut their losses. They would decide to play ball.

5 and 0 works both ways. The Left are undoubtedly demoralized. The LA Times reported:

Democrats are claiming “moral victories” after losing two special congressional elections in heavily Republican districts. Those results from votes in Georgia and South Carolina on Tuesday follow two other moral victories — also known as losses — in battles for House seats in Montana in May and Kansas in April. Many more results like these and the Democratic Party will be out of business.

Instead, they want to re-evaluate their positions, their ideas. What ideas?

The LA Times article discussed the Democrats’ base:

Did Democrats count too much on the intensity of their own base — all those liberals who have taken to the streets and packed town hall meetings because Trump has turned into their worst nightmare? Did they not notice that there is an equal intensity on the right among those who believe Trump is the victim of a witch hunt perpetrated by “deep state” elites and a mainstream media that purveys fake news?

Essentially the Left wants us to believe that lukewarm water will get hot on its own?

The Democrats tried to buy the GA election, and failed…miserably.

They so want a mandate, they are willing to delude themselves into believing they have one. I point them to 2008 and 2012 where they lost over 1000 Democrat seats during “The Mandate Years.”

Now the Left’s post-mortem involves “by how little we lost.” Nice consolation.

When you do hear a valid analysis, all roads lead back to Trump’s policies.

“We need to focus on the economy!”

“We need to listen to the flyover voters.”

Every “fallback” position the Left considers is already being implemented successfully by Trump. Soon, even the most brain-dead leftist zombie will realize how bad Obama was, and how great Trump is.

Enjoy the latest win. Despite the close races, understand that conservatives will add to our numbers in 2018 in both the House and the Senate. Then we will have an easy re-election of Donald Trump in 2020.

The next 7+ years will be a learning experience for America. The country will learn how to deal with success for a change.