Now here’s some incentive for the bad guys.

This week in Stockton, CA four homicides were documented between Monday and Wednesday night. That brings the total number of killings in the city to more than 24 this year. For a city this size, the murder rate is on par with Iraq…no CHICAGO!

In order to stop the “killings,” the mayor of Stockton offers an interesting, and in his opinion, innovative solution.

Stockton Mayor Michael Tubbs condemned the violence in the city over the weekend and is considering a couple different ways to combat crime, including one that pays people not to commit crimes.

“All life is sacred and even one homicide is too many … overall, crime continues to trend downward but we must remain vigilant,” Tubbs said

Michael Tubbs is the city’s youngest mayor. And it shows. 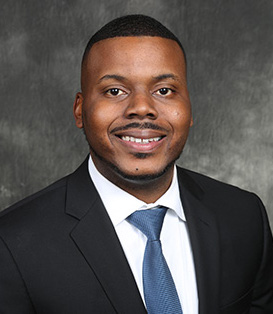 Tubbs is 26, and still wet behind the ears. He is America’s youngest mayor.

So a city with Stockton’s many problems elects a young leftist mayor to turn itself around?

Tubbs oversees a diverse community of around 300,000 residents. Stockton represents a village with big-city problems that include a struggling school system, high-unemployment, a growing homeless population, and a very high violent crime rate.

In a city already struggling to pay its bills, Tubbs’ “brilliant” solution to the violence in his city is to pay gangsters to stop.

Sacramento became the latest city this week to go above and beyond ‘sanctuary’ policies by approving the use of taxpayer dollars to support the legal defense of illegal immigrants facing deportation.

The City Council voted unanimously Thursday night to draw $300,000 from the general fund to “provide urgent legal and support services to Sacramento families facing the immediate threat of separation due to deportation.”

The plan, backed by the mayor, fits a trend of local and state lawmakers taking similar action. As the Trump administration separately faces a court setback in its bid to cut off federal funds to sanctuary cities, those jurisdictions are only doubling down.

Earlier in the week, officials in Michigan’s Washtenaw County gave initial approval to pay such legal bills with taxpayer funds.

Even in the small New York city of Ithaca, politicians are gearing up to spend emergency funds to help illegal immigrants taken into custody by Immigration and Customs Enforcement agents, according to The Ithaca Voice.

And what of this irony?

The $190,000 an illegal recently received, when he sued a city based on their very sanctuary city laws. As Fox News reports:

Pedro Figueroa-Zarceno, reached the settlement agreement with the city attorney’s office, said Saira Hussain, a staff attorney at the Asian Law Caucus who represented Zarceno. The agreement must be approved by the Board of Supervisors.

The construction worker said he went to police in December 2015 after getting a call from authorities that his stolen car had been found. Instead of helping him, he said, officers detained him and called immigration authorities.

He was taken into custody by federal authorities outside the police station and was in jail for two months. He has been fighting his deportation since his release.

“What happened to me was very unfair and it was an injustice,” Figueroa-Zerceno said. “I went into the police station to seek help and they didn’t tell me what was happening and they arrested me and treated me badly.”

Why shouldn’t citizens get in on the action?

Some say they have. Consider the payouts for Michael Brown’s death.

Ferguson forked over a cool $1.5 million to his deadbeat family. Philando Castille’s family got $3 million for his stupidity. Finally, Freddie Gray’s family received almost $7 million for the death of a “petty criminal.”

And these aren’t the only payouts, just the most notable.

Leftists have put a bounty on American citizens. Sadly, either way criminals get paid, and citizens hold the bag.