Democrats in DEEP VODKA over With Latest Russian Developments

I’ve predicted all along that the Democrats would hang themselves. And they’ve done it.

From the moment the Democrats set the “Trump colluded with the Russians” narrative, I warned you. As I have said, Democrats tell you what they do, when they accuse you.

From the very beginning all the top Democrats knew they were colluding with the Russians. The Democrats tried to set a trap for candidate Trump, but it failed for one reason. They underestimated Trump.

One could argue that the Democrats overestimated themselves. They certainly believed the media juggernaut would get them over any potential hump, should their ruse be uncovered. They obviously didn’t count on the media being marginalized. Nor did they count on the unwavering support for Trump.

During hearings before the Senate Judiciary Committee, the head of Hermitage Capital Management, William Browder testified that the pro-Democrat consulting firm Fusion GPS has deep ties to the Kremlin.

Below is video of the exchange between Browder and Sen. Lindsey Graham (R-SC):

SEN. GRAHAM: So, I just want to absorb that for a moment. The group that did the dossier on President Trump hired this British spy, wound up getting it to the FBI. You believe they were working for the Russians?

BROWDER: And in the Spring and Summer of 2016 they were receiving money indirectly from a senior Russian government official.

SEN. GRAHAM: Okay. So, these are the people that were trying to undermine Donald Trump by showing the nefarious ties to Russia. Is that what you’re saying?

BROWDER: Well, what I’m saying with 100% certainty is that they were working to undermine the Magnitsky Act and the timing of that.

SEN. GRAHAM: But, the Fusion GPS products apparently as they hired a guy to look into Trump?

According to the GOP, here are a few additional facts about Fusion GPS

Simply put, you don’t have to look very hard for connections between many Democrats and the Russians.

Ultimately, the Russian ruse will backfire on the Democrats. Actually, it already has.

The Democrats refuse to read the memo in DC.

Outside the beltway Americans couldn’t care less. But they won’t forget who started the lie, and the Democrats will pay dearly.

And the plot thickens with the news of the Awans. They have been linked to the radical Muslim group Hezbollah. And right in the middle of that scandal stand the Clintons, Debbie Wasserman-Schultz and Obama’s White House.

Recall all the instances where military special ops were killed, and it appeared the enemy had been tipped off? 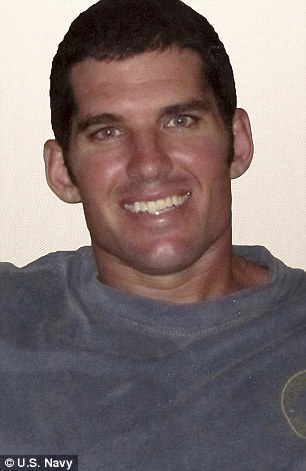 Who let the terrorists In? One guess.

Heavily armed, Yemen-based al-Qaeda operatives seemed to know beforehand about the Navy SEALs’ secret raid that killed SEAL team member William Ryan Owen last month. There has been much speculation about how much the enemy knew.

“As a result, three officials said, the attacking SEAL team found itself dropping onto a reinforced al-Qaeda base defended by landmines, snipers, and a larger than expected contingent of heavily armed Islamist extremists.”

Per ABC, Pentagon spokesman Capt. Jeff Davis said Monday there’d been female fighters who ‘ran to pre-established positions as though they had trained to be ready and trained to be combatants and engaged with us’.

They may well have been tipped off by three Muslim brothers hired by former President Obama and recently fired by the Trump administration.

How deep does this conspiracy go? Deep.

And if allowed to reach its real conclusion, most of the Obama administration will be in Leavenworth Penitentiary.