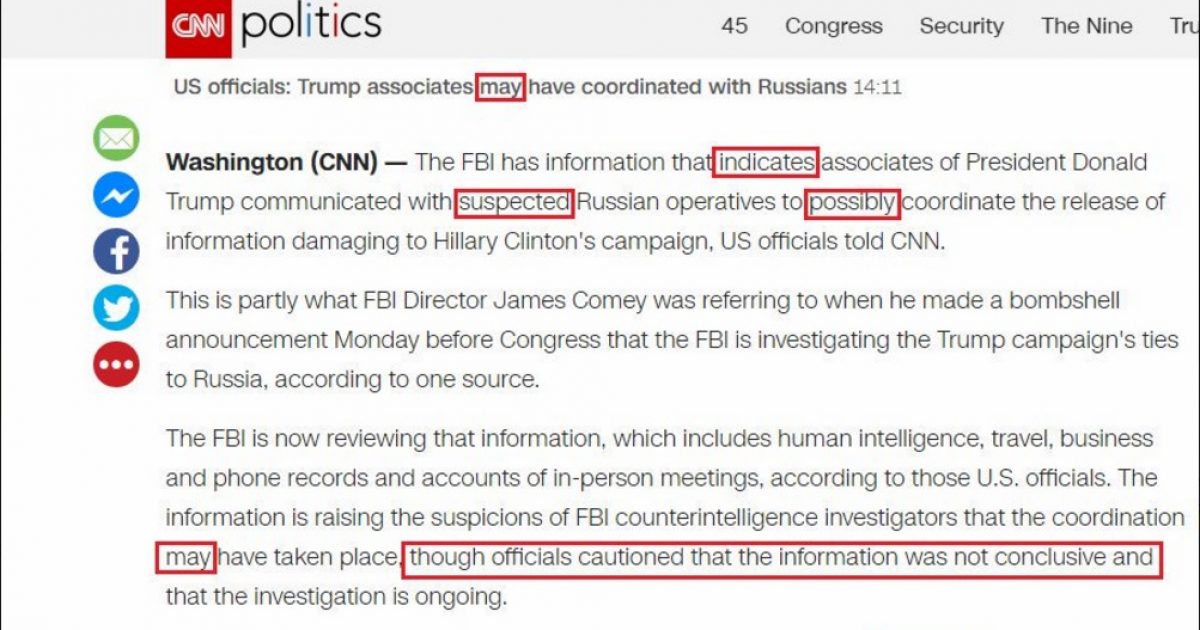 A while back the cable news networks were fact checked.

Surprisingly, CNN came in first place. In other words, CNN was considered the most “truthy” news source in cable news. Here is what PolitiFact reported:

Right now, you can look at the MSNBC file, which also includes NBC, and see how that network’s pundits and on-air talent stand. For instance, currently 45 percent of the claims we’ve checked from NBC and MSNBC pundits and on-air personalities have been rated Mostly False, False or Pants on Fire.

At Fox and Fox News Channel, that same number is now 58 percent. At CNN, it’s 22 percent.

This report was from 2010. Admittedly, I give Politifact as much relevance as my neighbor’s stupid uncle. However, the article did make me wonder what those numbers would look like today.

I don’t think CNN has changed, I just believe the way we now view them is remarkably different. And we can thank Barack Obama for that.

Let’s face it, the news stopped being the news decades ago. But never was it more glaring than during the Era of Obama. Even hardcore leftists began to recognize the media as mere lapdogs of the Obama administration. Never had the media so heavily invested in a person, a god. So for the media, Obama could do no wrong.

Scandal after scandal was ignored. Had any one of the scandals during the Obama administration happened under Trump, the level of scrutiny would look like an inquisition. Yet Obama declared his administration was “scandal free.”

Regardless, the media’s ultimate malfeasance came when they began to collude with the Left to manufacture narratives. At that point, journalism went from the death bed into the eternal beyond. Yes, journalism officially died.

Look at this story of the Russians by CNN, and ask yourself if this is journalism.

Nowadays, the number of retractions the media make in a month are what they would make in a decade in years past.

Remember the Scaramucci story? We documented it as follows:

Scaramucci got an unusual public apology but still hired a top Manhattan lawyer to put further pressure on CNN and “look after [his] interests in this matter,” one source said.

As we reported earlier, the three journalists responsible for the story were fired.

“They called them in and said they’d pay out their contracts, but they should leave immediately,” one source said.

As we wrote of David Carbone, CNN’s fake news got him fired.

The courts are finally punishing CNN for at least one of their fake news stories that caused real harm.

Carbone alleged that CNN “intentionally” manipulated statistics and purposely ignored information that would look favorable to the hospital. Because of CNN’s negligence, Carbone was fired.

CNN needs to do two things: Slow down, and conduct a thorough investigation of how and why this media-damaging mistake happened. Yes, it gives CNN a black eye, but it also hurts thousands of other journalists in big and small towns across the country because it feeds the president ammunition to continue attacking journalists.

The cable network has been in the midst of an impressive hiring spree, expanding its political and investigative teams and garnering much more attention than it did in the pre-Trump days. One gets the feeling that CNN is moving too fast, trying to do too much too quickly, and now is paying the price. (Look at its Comey retraction, the Kathy Griffin debacle and the firing of Iranian-American scholar Reza Aslan.)

Don’t expect CNN to stop on a dime.

The problems occurring at CNN and other media have been brewing for decades. What used to be rare occurrences of fake news are now par for the course.

For the media to change, the institution must change. And institutional change needs a massive shake-up, an Edward Snowden event. Though Donald Trump isn’t a media insider, with the help of insiders like WikiLeaks, he has managed to expose the true and ugly nature of the media.

Frankly, the media should thank Trump for exposing them. The media are like drug addicts and Trump provided the intervention. Let’s hope they get the help they need.