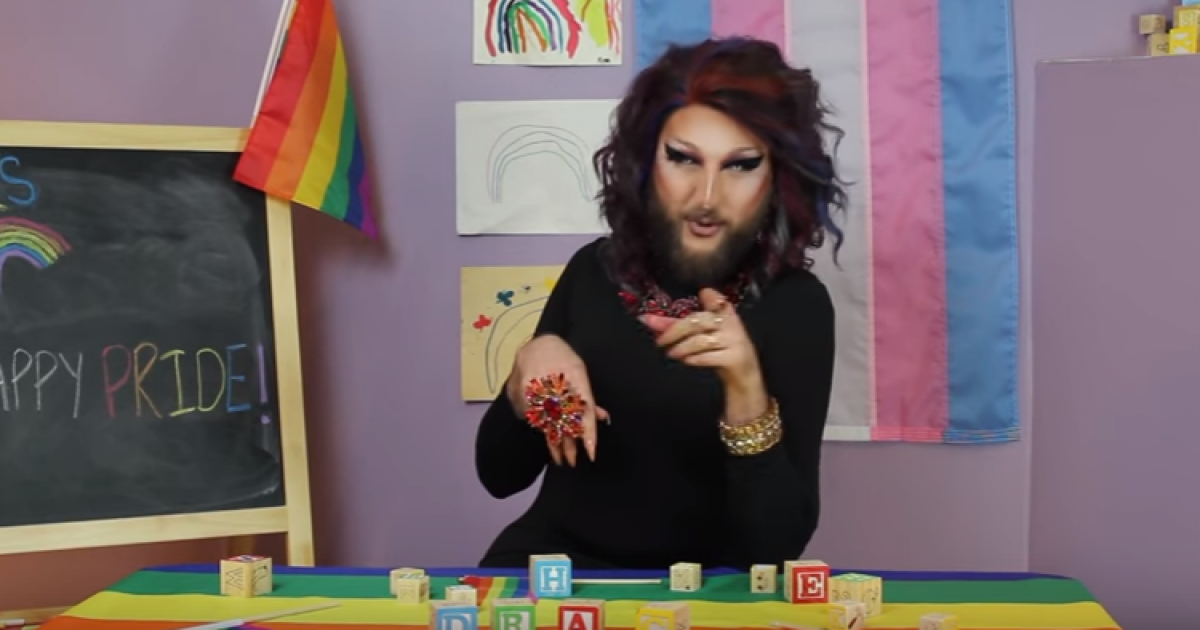 As If Kids Didn’t Already Have Enough To Deal With Growing Up!

The producer and host of “Queer Kid Stuff,” Lindsay Amer, created the channel in June 2016 to help children ages 3-7 better understand the LGBT community, according to the show’s website.

“Young queer people need to see themselves represented in their media and that is exactly what I aim to do,” Amer wrote. Actually Amer, no they don’t. Young people need love, and attention, and to be told what is and what is not. For example, if a person has an X and a Y chromosome, HE is a MALE and if a person has two X chromosomes, SHE is a FEMALE.

In the videos, she and her co-host Teddy, a stuffed bear, invite guests on to explain various parts of the LGBT community, including the definitions of “gay,” “gender,” and “intersex.” They also discuss the subject of consent and include a sing-along video to go with it. Additionally, the channel discusses the Disney movie, “Frozen,” and how Elsa is allegedly homosexual.

The infiltration of evil holds no bounds. The desensitization of these perverse things is exactly what is wrong with the Left and their mission to invade the minds of children. If they can control the next generation, they can control, and corrupt, the country in the future and it’s our job now to make sure that does not happen.

Thankfully, it seems as though the QKS channel isn’t doing as well as Amer would hope. Since its debut, it hasn’t been well received at all. Most of the comments are negative comments and Amer has disabled the ability for users to rate the channel–that’s never a good sign.

If all of this isn’t an indication of the sheer evilness of the intent of these videos, just look at the final product of the “drag queen,” they use. He looks like Lucifer himself. Of course, this is why they’re being celebrated by outlets like Salon, HuffPo, and other leftist publications who falsify the success of the QKS channel.