Women’s March Hypocrite: She Does the UNTHINKABLE at their Rally

Linda Sarsour and her posse of useless idiots gathered in Fairfax, VA last week to march into Washington, D.C. in an anti-NRA rally.

If you’re like me, you’re wondering what the NRA has to do with curtailing the rights of women?

Last time I checked, guns have saved the lives of countless women. So why the march?

Sarsour, a devout Muslim whose religion denigrates and dehumanizes millions of women has convinced idiot leftist women that she is on their side. Thus, these hapless rubes claimed to march for women’s rights.

Reproductive rights, male oppression, fair wages, and a host of other atrocities. None of which involves guns.

Rain can't stop us. Keep inspiring us with your stories of courage!#NRA2DOJ

Just when you thought women’s rights couldn’t get more sensationalized, they now march against guns.

But there was more irony.

Even a cursory glance at the photo shows Sarsour protected by armed body guards just feet away. Hypocrite much, Sarsour.

And you can bet that when Sharia is implemented, the Muslim Brotherhood will allow Sarsour her indulgences as they gang-rape the infidel women, Sarsour watching of course. That way you just showcase the total hypocrisy of Sarsour, Islam, and leftism in one fell swoop.

You can bet if any violence had broken out, the infidel women would have been on their own. However, Sarsour would have been wrapped in the bosom of Allah…and her armed guards of course.

Like her leftist frauds, Sarsour was too chicken to put her money where her mouth is. She dare not march without armed guards showcasing the hypocrisy of her cause.

I’m against the NRA, unless the guns protect me.

Check out Sarsour and Tamika Mallory getting into a car surrounded by armed guards: 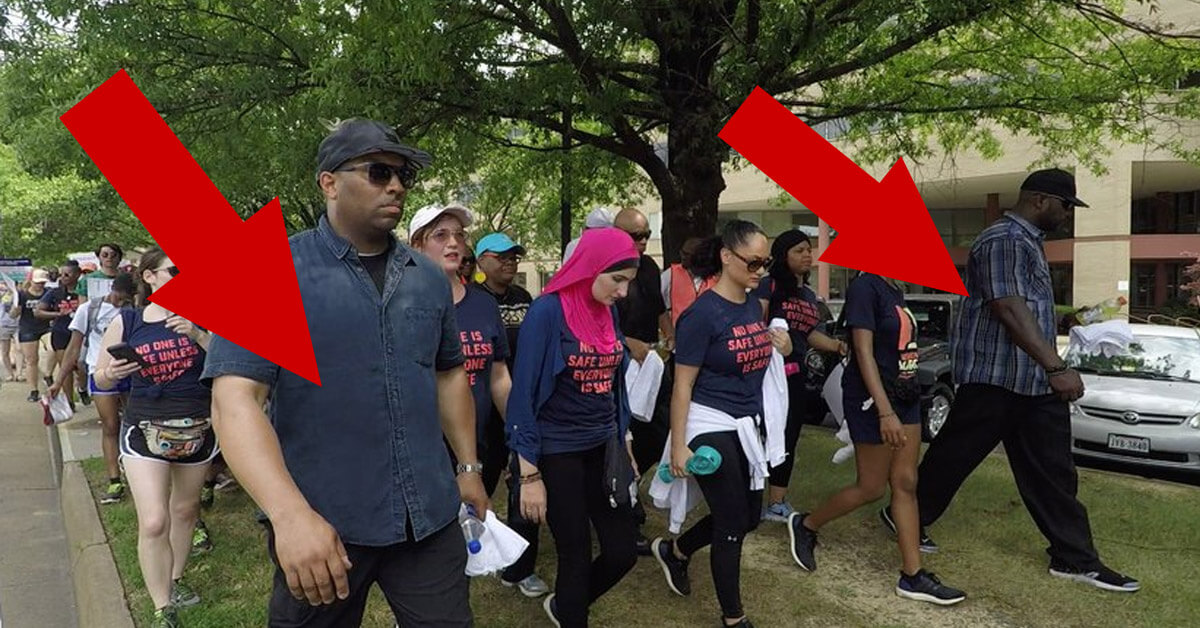 One of the demands of the anti-NRA march was for the NRA to remove the video recently released featuring Dana Loesch.

Next, Sarsour wanted the NRA to apologize for the way the video depicts leftists. Watch the NRA video that set off such a firestorm here:

The only thing worse than the way the video portrayed leftists is the way the Left portray themselves.

The hypocrisy of this very march encapsulates the idiocy of the Left itself and shows how little they think of the intelligence of their followers as its own leaders do the exact opposite of what they preach.

In the same breath Sarsour preaches “truth,” she lives a lie.