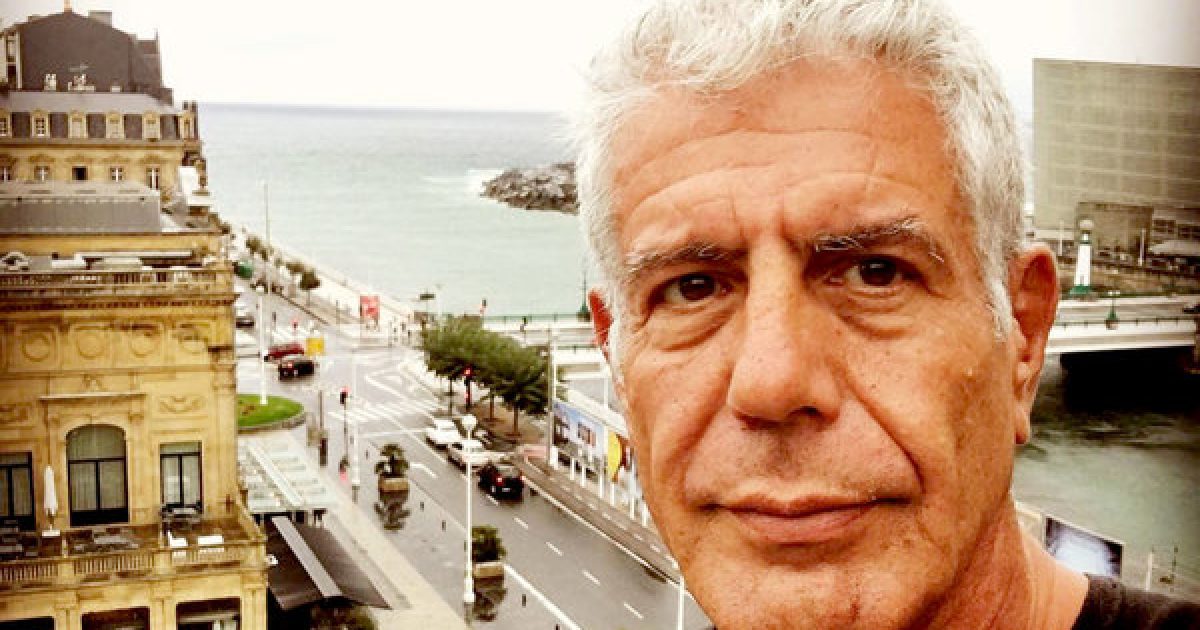 Will the network fire the celebrity chef after he promised to kill the POTUS?

While the President is busy feeding people devastated by hurricanes, the left is busy erecting their latest round of death threats against Trump. Listen folks, this didn’t end well for Kathy Griffin or any of the others who tried to make such comments. However, the chef apparently forgot the fate of Ms. Griffin when he made his major faux pas.

CNN’s “Parts Unknown” host, Anthony Bourdain, said last week that he would poison Donald Trump if the celebrity chef was asked to cater a peace summit between the President and Kim Jong Un.

“Hemlock,” Bourdain simply replied when asked by TMZ what he would serve Trump and the North Korean dictator.

Hemlock is a poisonous plant that has been used as a method of execution. The video was published by TMZ last week, but is just now gaining attention.

When reached by Fox News, Bourdain, apparently joking, said that he meant to say “kale” instead of hemlock.

Although CNN is definitely an anti-Trump network, in recent months they’ve taken a hard stance against those employees who’ve made such serious comments against the POTUS. We all remember how Kathy Griffin got the ax after posing with a fake decapitated Trump head. In fact, she even lost her one and only sponsor- Squatty Potty. However, Griffin wasn’t the only CNN casualty.

Shortly after the London terror attack, CNN host Reza Aslan called President Trump “a piece of s—” and “an embarrassment to humankind”. As we reported at the time, it was a career ending move for Aslan. After growing up in an era when reporters were to remain balanced it’s hard to understand the Leftist Media. They seem to thrive on creating drama instead of reporting the truth of the matters at hand.

In fact, they create so much drama, CNN earned the moniker “Fake News”. For quite some time, Jeff Zucker encouraged his staff to be full on Trump-bashers. He claimed his attacks on the president had yet to hurt his brand. The firing of Griffith and Aslan suggest things may have changed.

When it comes to branding, Trump has the magic touch. He can easily make or break a brand with just one tweet. Therefore, it would be prudent for CNN to show POTUS a little respect. Just last month Trump’s tweet about Amazon cost the company nearly $6 million in lost revenue.

As we previously pointed out:

Trump consistently effects the economy with his insight. In other words, he can tweet a business and watch it rise. Thus, the opposite it also true. Early in the administration, companies like Macy’s learned the devastating effects of being anti-Trump.

Recall that Macy’s dropped Trump branded suits from their men’s line pre-election. They claimed it might polarize customers. Coincidentally, post-election they were forced to close nearly 70 stores.

Ironically, Amazon should embrace a pro-business president, and one who knows what he’s doing. Further irony is that while Bezos claims to be a stone-cold Leftist, his tax policies cost states millions in lost tax revenues.

Let’s see how things work out for Chef Bourdain. Hopefully, he finds himself cooking without an audience…at home.