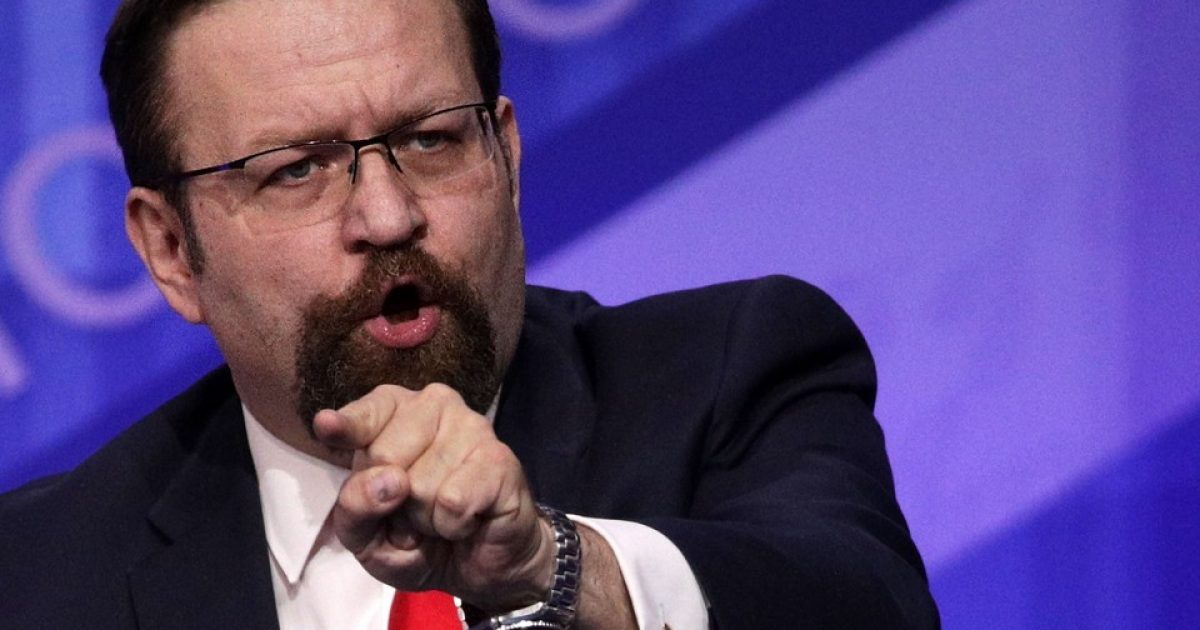 While Leftists pretend Barack Obama was the smartest president ever, they certainly don’t believe it.

I suggest if most Leftists were given lie-detector tests, and asked if Obama was a moron most would admit that he was and still is.

Further, if you ask Leftists what they really believe of Trump’s intellect, you would find that most think the man is a genius.

To believe otherwise about either of those questions would make one an idiot, or somebody trying to merely fit in with the crowd. Idiots may get elected president based on their fake blackness, but the only idiot billionaires inherited their money.

Donald Trump is an accomplished man.

Prior to becoming president practically, the entire world knew the man. The Trump brand stands for quality, with no debate. You may not like Trump’s style, but it’s difficult to argue with the results. Trump has the “it” factor.

As Breitbart reported, though Sebastian Gorka is no longer with the Trump administration, he knows what the president is up against.

Former Deputy Adviser to the president Dr. Sebastian Gorka looked at the battle between the Trump White House and the media, holdovers from the Obama administration, and the entrenched bureaucracy on Thursday’s Breitbart News Daily.

SiriusXM host Alex Marlow elicited a groan from Gorka by running through some examples of the “Fake News-industrial complex” and mentioning Maggie Haberman of the New York Times, who seems to enjoy much more contact with President Trump than friendlier media outlets.

“Maggie Haberman and Glenn Thrush, people who have actually called themselves ‘hacks’ in internal emails to Podesta. That’s all you need to know,” Gorka said, referring to emails exposed by WikiLeaks. Marlow said this reinforced his point that too many people inside the White House seem invested in a losing battle to win the approval of hostile media.

“Can we go beyond media, and go to really the massive big picture?” Gorka asked. “Because people have to understand what happened in the last eight months. Our listeners understand this, but I’m reiterating it to reassure everybody that we are in this for the long game. We’re talking about eight years, not eight months — this is about the long game. This is bureaucratic warfare…indirect warfare…political warfare.”

Gorka goes on to describe a small ragtag group of patriots who shook up the world.

I liken his explanation to the Tea Party Community.

“The fact is, on November the 8th, what happened? It’s like, it’s literally Red Dawn. It’s a scrappy bunch of insurgents, the wolverines won against the establishment,” he said. “The GOP thought that President Trump was their candidate. No, only formally, only on paper. He had nothing to do with the Swamp. He won because he was the antithesis of the Swamp. So a small band of scrappy men and women won the election as an insurgency.”

“Then what happens a few months later on January the 20th? It’s a hostile takeover. The federal government is millions of employees. You add the armed forces, literally, it is millions of employees. In come a few people who believe in the agenda, who fought for the agenda, who put their careers on the line for the agenda. And then what happens? We have to take over government. And then suddenly we see the sea pitch of individuals into the building,” he said.

Finally Gorka commented on Trump’s instincts, particularly in sniffing out the opposition to his agenda.

Gorka said excessive concern about Clinton-friendly staff in the Trump administration was unwarranted, however.

“I have never met anybody who has the accuracy of instinct that Donald J. Trump has. He has a preternatural — he’s a supernatural instinct to act. You take him a pallet of decisions, he may not have read the Peloponnesian Wars or the latest article by a peer-reviewed journal, but he’ll look at those options, he’ll choose one of them, and you know what? 98 percent of the time, it’s the right option. He’s just an instinctual actor,” said Gorka.

I feel comfort in having Gorka confirm what I have believed about Trump for some time.

“I know right now that that instinct is going to serve him very well in the coming months, and he’s going to realize who around him are not serving him with the best advice,” he anticipated.

I trust Gorka’s instincts in calling this one. The body count will rise in the Trump administration, and you can bet there is a war room in President Trump’s head of who exits Stage Left soon.