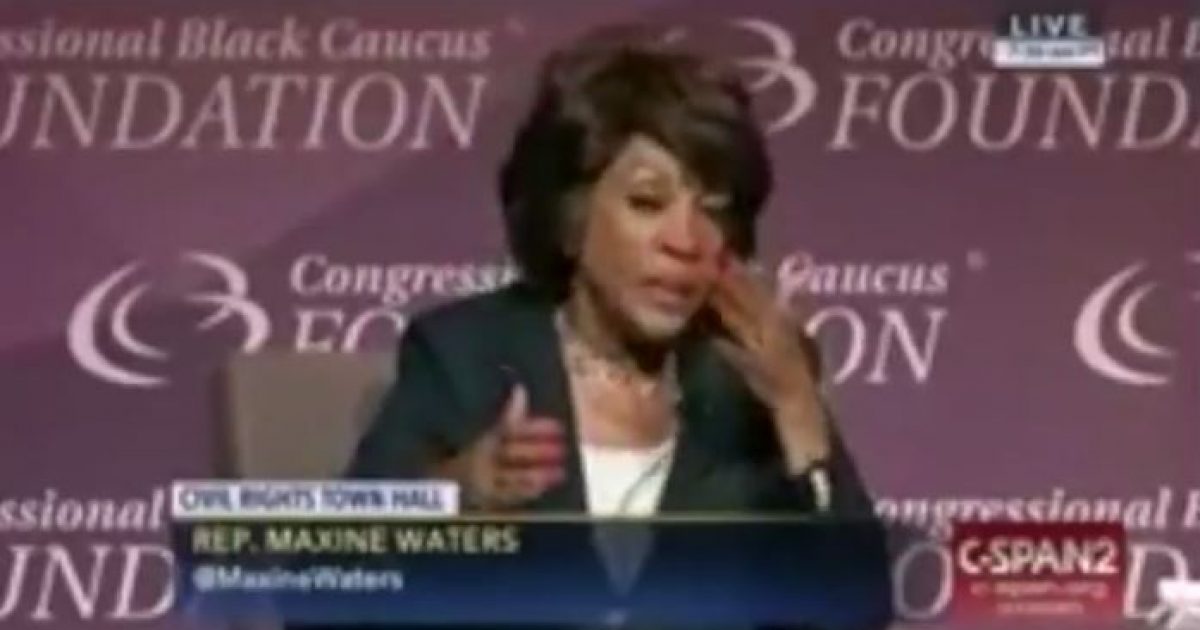 Apparently, the race card is too heavy for only a few to lift, so the Congressional Black Circus clowns like Waters needs help.

In speaking to a congregation of black nationalists and white Leftist enablers, Waters proved how divisive she and the Left truly are, as she implored attendees to “play the race card“.

In speaking of the new crop of race pimps, Waters advised,

“Let’s work with people who have the passion and you want to do it and to understand how important it is. There are plenty of them in our community but guess what? We don’t associate with them because we think they are too controversial.”

“Black people, you better get controversial. You better be controversial. You had better call it like it is. We have been shut down because others have defined us. When they said to us about 10, 15 years ago, oh, she’s playing the race card. You should say yeah, and I’ve got a lot more I’m going to play.”

Waters reference the terrorist hate group Black Lives Matter, warning Leftists not to run from them, but to embrace them. I was reminded of Nancy Pelosi’s comment to, “Embrace the suck!”.

“Don’t run away from it. That’s what happens. We stop calling a racist a racist because they said that that’s all you do. You don’t do anything else. Don’t let these people intimidate or scare you. You’ve got to get in the fight, and you’ve got to be in the fight to make some sacrifices, to understand when you’re winning, to continue to work, come to make things happen.”

What planet has this ethnocentric black racist been living on?

The race card IS all the Left has. And it’s so played out, that even her own people now run from it. All problems for blacks in America originate from the color of somebody’s skin. For Waters, if you’re white you have privilege and are an oppressor. If you’re black, you’re oppressed, no matter what status in life you have have risen.

Can you imagine Waters leading an army?

Holy Mother of William Wallace, if Waters gave me a pep talk, I’d just fall on my sword.

And exactly what is “it”, Max?

I suggest to her constituents or anybody who dare take her advice, ask her how she is living? How did Waters get so far in life, given all the obstacles for blacks?

Can I too have a multi-million dollar mansion, if I race pimp hard enough?

The reason Waters gets away with such nonsense, is there are too few people to call her out.

Waters is a product of The Negro Project. Her role in life is to demoralize black people, so that Waters can maintain her success.

Democrats love keeping blacks complaining. Because when you complain, you rarely look for solutions. And solutions, actual tangible results for blacks is the last thing Democrats seek. The Left claim to want Utopia, yet they do everything within their power to prevent Utopia.

When people are as angry as blacks, their fuses are easily lit. The killing of a heroin dealer who tried to run over police for example shouldn’t set off protests. Nor should the killing of a thief who tried to kill a cop. Shrines are not built for such criminals, except in the communities served by members of the Congressional Black Circus clowns.