Good things come to those who wait. And for those of us who support President Trump, good news keeps on coming.

Keurig recently bucked pro-Trump Sean Hannity, cutting ties as a sponsor. That lasted all of DAY. The next day the CEO of the corporation issued an apology, and reinstated their ads. And there are more hints that things are changing.

And what else happened is America has improved dramatically. For the first time in a long time the Left can hear Conservatives. We burst their bubble of ignorance.

As The Hill reported,

He’s not a fan of President Trump, but Bryan Cranston says he has a message for anyone who’s hoping that the commander in chief fails: “F— you.”

“President Trump is not the person who I wanted to be in that office, and I’ve been very open about that. That being said, he is the president,” the former “Breaking Bad” star — who once pledged to move out of the country if Trump won the White House — told The Hollywood Reporter.

“If he fails, the country is in jeopardy. It would be egotistical for anyone to say, ‘I hope he fails,’” Cranston, 61, explains. “To that person I would say, f— you. Why would you want that? So you can be right?”

“I honestly do. … And if you’ve got a good idea that helps the country, oh man, I’m gonna support you.”

Chelsea Handler lost her gig on Netflix. She’s now getting blasted on social media for her new self-anointed role as a social justice warrior.

When comedy changes, you know things are changing. Late night comics wouldn’t touch Obama despite his ruinous reign of terror. And pre and post-election, so-called comedian attempted to blast President Trump daily. Saturday Night Live was relentless, until recently. Last Saturday they turned their sights on the Democrats.

I wrote of the shift:

So now, in order to survive, the Left must shift. And to understand the Left as I do, you know they come to their new paradigm kicking and screaming.

As Leftist rag The Daily Beast reports, SNL shifted its attack this week:

For all the times Donald Trump has criticized Saturday Night Live for being biased against him, he is probably going to love the political commercial parody that aired this week.

Instead of just focusing on “coastal elites,” they promised to also appeal to “mouth-breathers” in places like Wisconsin.

And now we have other indicators. Check out the comic strips. 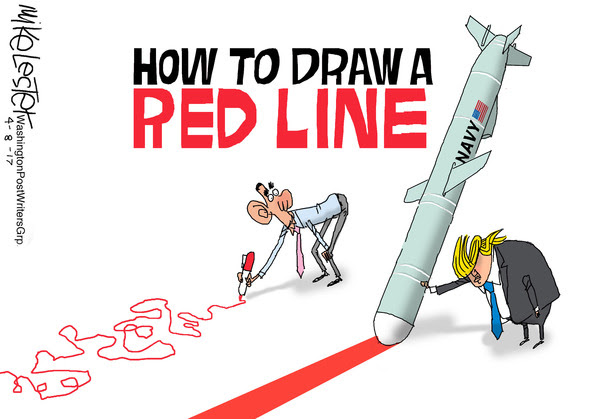 In this next strip, Branco showcases Obama as a coward, as President Trump readies to whoop Bashar al-Assad’s “assad”. 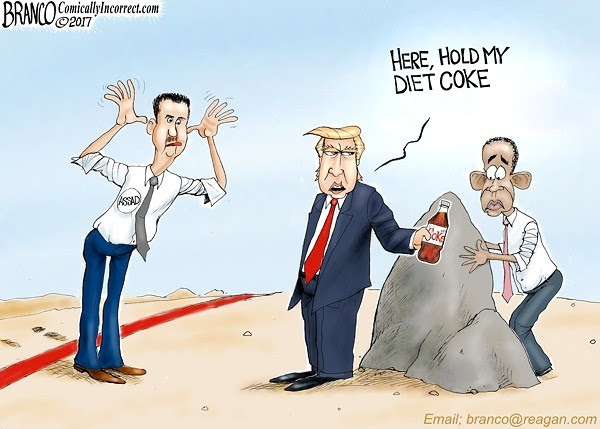 In the next comic, Obama’s hobbling of the military is mocked.

Though President Trump is no war hawk, he certainly won’t constrain the United States military. The military option will always be on the table. 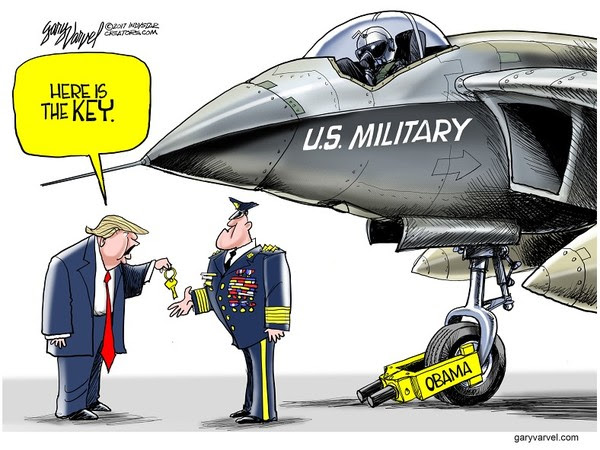 In one of President Trump’s first moves as president, he bombed ISIS. This was a campaign promise that he kept and has continued to keep.

The comic’s depiction of the incident indicates an appreciation for President Trump’s act. This is a far departure from the time of Obama, where Obama’s restraint was depicted as amazing leadership.

The next comic explains how Americans have begun to view the Democrats.

No one can accuse President Trump of not wanting the BEST for America. Thus, anybody fighting his policies runs the risk of being seen as anti-Trump.

The depiction of the Left throwing wrenching into the Trump agenda is telling. First, the Trump machine is huge. Second, the machine is shown as continuing to run. 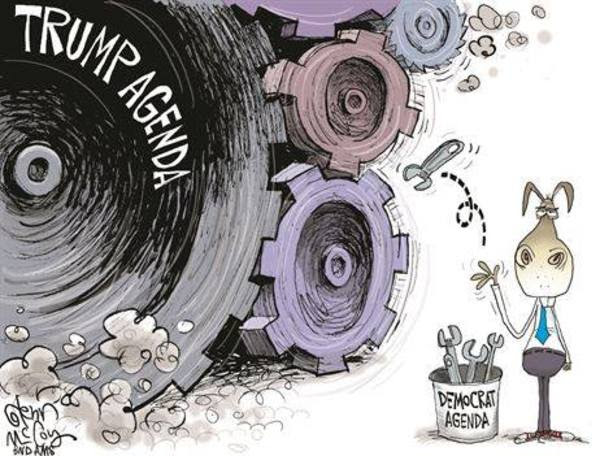 Finally, this last comic is about the EPA.

As puling out of the Paris Climate Accord suggested, President Trump believes not in global manmade climate change. And in his appointment to head the EPA suggested, the president would make no concessions to the global extortionists. 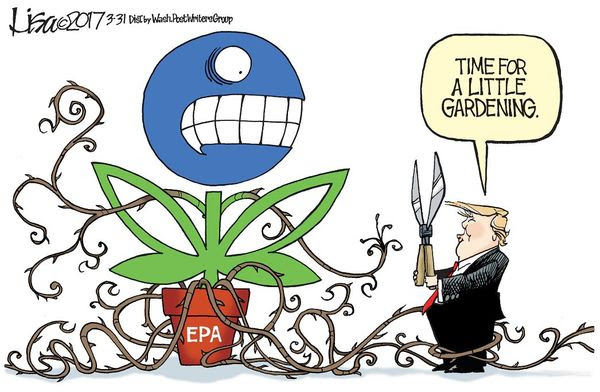 Times they are a-changin’.

Soon, the late night comedic hacks will actually be praising the president. The fake news media will begin reporting the truth. And America will have literally righted the ship.

Watch As Bodycam Shows Naperville Police Officer Shoot Man As He Runs At Him With Axe
Great American Outdoors
Now Gun Bans Could Be Based On Your IDEOLOGY!
Conservative Firing Line