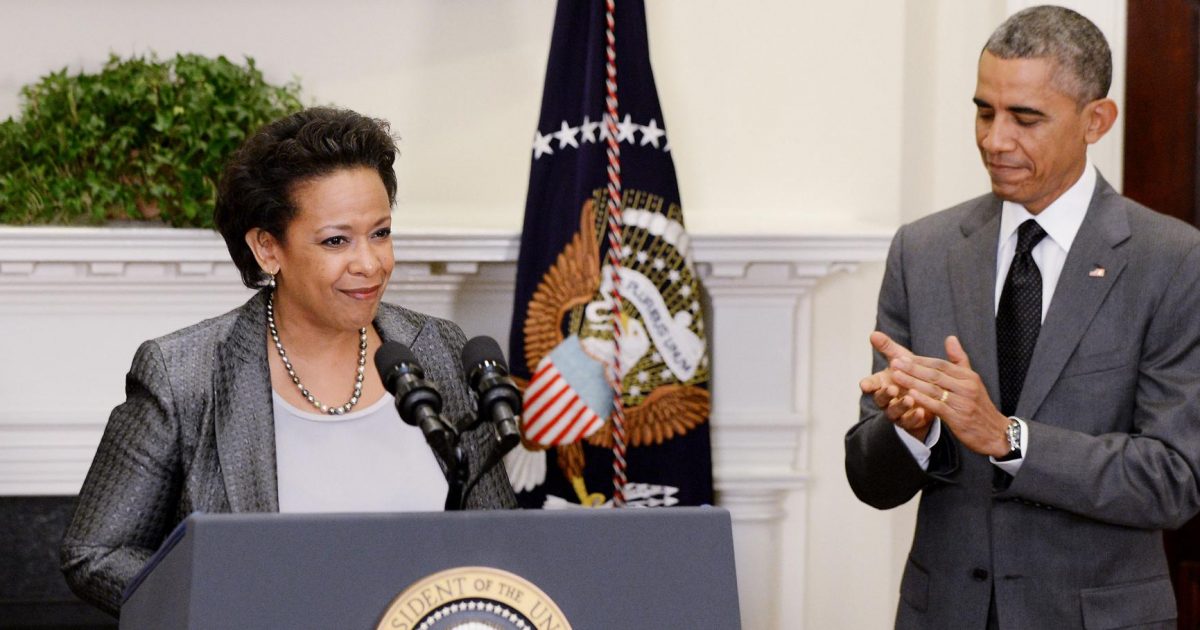 Did Mueller Expand His Investigation to Include Obama Holder and Lynch?

Special Prosecutor Robert Mueller has a lot of explaining to do.

The FBI said it had no comment to Newsweek questions about whether Mueller alerted senior Obama administration officials, including Clinton, about the investigation before they brokered the deal. The DOJ did not immediately respond to questions. As secretary of state, Clinton, along with then-Attorney General Eric Holder, presided on the U.S. Committee on Foreign Investment that approved the deal.

So there is a story circulating the Mueller may be playing CYA.

In doing so, his investigation may have expanded to cover former president Barack Obama, and both is former attorneys generals, Loretta Lynch and Eric Holder.

According to True Pundit,

Mueller’s probe has also expanded into the tenures of Eric Holder and Loretta Lynch in their official roles as U.S. attorney general during Obama’s two terms in the White House.

Mueller’s team — for the first time — has requested a number of DOJ records and emails related to Holder and Lynch, including additional records linked to Obama and Valerie Jarrett, who served as Obama’s senior advisor and controversial consigliere, according to federal law enforcement sources.

The revelations could indicate Mueller is looking at Obama and his Justice Department’s role in attempts to secure FISA warrants to spy on the Trump campaign in 2015 and 2016. Or perhaps Mueller is delving into the Uranium One debacle, even though Mueller himself is implicated in the growing scandal.

A cynical investigator would hypothesize Mueller could be getting an early and discreet look at Uranium One records to gauge any evidence implicating his personal exposure. It would not be the first time Mueller bent a few laws. However, such a feat would be difficult to pull off in a such a team-oriented investigation setting.

Officials did not confirm why Mueller is specifically seeking the records. But we can read between the lines here, although there are many known and emerging Obama-linked scandals at play.

Understand that we have been unable to verify the True Pundit source anywhere else on the internet.

However, we have verified other stories on the site, and it does not appear to be a fake news site like CNN.

There is certainly enough reasons for Mueller to investigate almost the entire Obama administration. So it is certainly believable that Mueller would eventually expand his investigation.

Recall that Obama claimed to not know about Hillary Clinton’s private server. Then we discovered that he indeed knew about her private email server and had sent emails to her. Given that revelation, one see why Mueller potentially expanded his probe into the emails of Obama, Holder, and Lynch.

As for investigating Lynch, the meeting on the tarmac warranted an investigation months ago. The fact that Lynch used a “code name” represents the first clue.

Next, the meeting notes supposedly about grandchildren and golfing needed redaction?

Finally, add to this evidence the undocumented flight plan that had both Lynch and Bill Clinton meeting by pure happenstance, and one sees the malfeasance.

Honestly, Mueller should have recused himself. Unless he plans to actually do the right thing and convict this cadre of Leftist crooks.

Or he could be pulling a “Comey”, and gathering information in order to purge it. If I were the FBI, I’d monitor orders for “bleach bit”.

We will monitor things closely. Because if this is true, the dominoes are indeed about to fall, as is the Democrats’ house of cards.