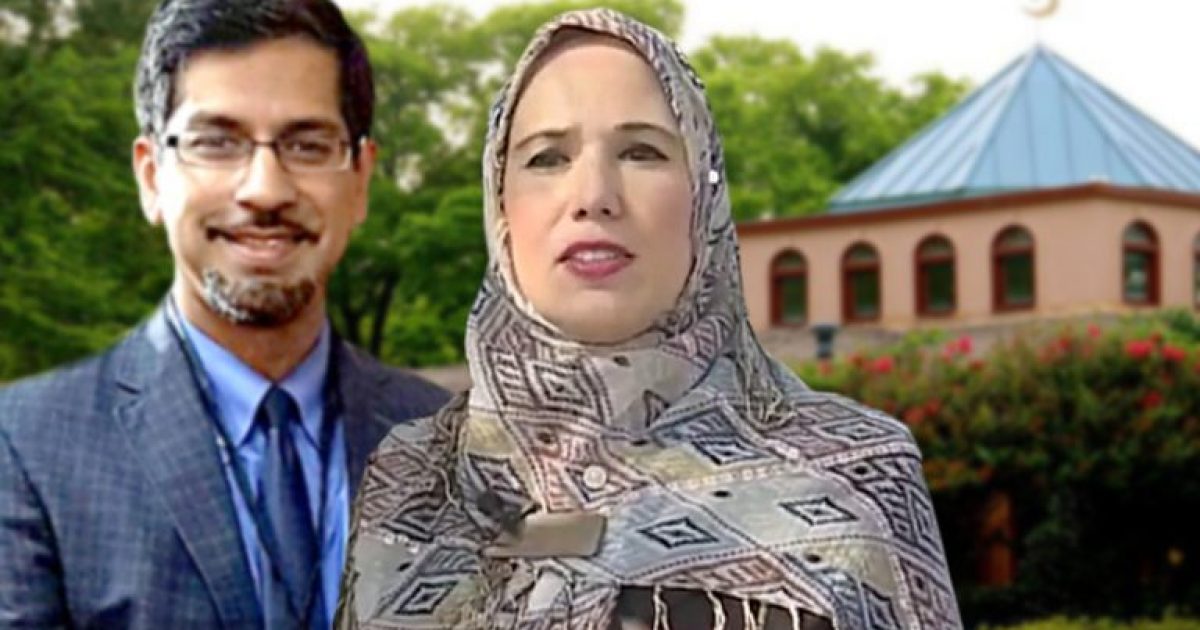 Under the guise of innocent religious talks, the school directed students to embrace the practices of Islam.

Dina Sirois, operations director of the mosque, told students they would “talk about beliefs and practices in Islam.” Then she systematically insinuated Islam is superior to Christianity and Judaism. Her remarks were not at all the balanced, open interpretation she pretended they were.

In fact, her negative bias is evident in sentence after sentence.

The Tennessee Star received an audio recording of the presentation Sirois made. Following a set of slides, Sirois discussed her preference for Islamic religious doctrine.

As the Tennessee Star transcribed:

We’re all on a learning journey and a faith journey and today’s talk is to expand your critical thinking skills. Therefore, we’re not trying to win you over. We’re trying to give you information so you can leave here today with yet another little piece of your brain that has some new little storage compartment that has been filled with Islam stuff. Then you take that on with your life and your faith journey and then you keep adding more and more aspects from different faiths and different cultures until you make your final decision as to what kind of person you want to be when you grow up.

Sirois related her tale of a mixed family.

So I call it the best of both worlds. My mom was Catholic and Greek Orthodox Christian. So, I got to celebrate the Muslim holidays, the Catholic Christian holidays and then the Orthodox Greek holidays which are like super super strict like midnight mass, midnight Christmas and all that stuff. And then I went to an all Christian high school and a Christian university and then I got my masters thesis on the old and new testaments. And after all that I chose Islam because I kept bringing in information and studying about Buddhism and all these different religions and I chose Islam at the end of my faith journey.

So you know you are all on a faith journey and you have your traditions which you were raised with in your home and you’ll also need to think whether you like to apply this to yourself or continue learning more.

In Comes the Bias

Woven in her seemingly factual presentation were the subtle negative attacks against Judaism and Christianity.

For example, after reciting the Islamic testimony in Arabic, Sirois translated it -“I bear witness that there is only one god wherever he is worshipped and that Mohammed is the last of the prophets,” explaining that:
That’s it – that’s all you have to do to become a Muslim. Boom, you’re a Muslim. It’s very simple. There’s no baptism, no dunking under water which for me, I remember having to hold my nose and I looked weird.

Threaded throughout the talk were selectively incomplete details of Islamic religious doctrine such as:

We do believe that Jesus Christ will be resurrected. He will go head to head with the anti-Christ and he will deliver us to the kingdom of heaven. Does that sound familiar to any of you? Uhmmmm.

What about the facts?

Sirois failed the mention many of the facts we know about Islam.

Sirois omits the Quran’s claim that unlike Jews and Christians, Muslims do not believe that Jesus was crucified and died, but rather, ascended to their god, Allah and that when Jesus is resurrected, he will “be against them [Christians and Jews] a witness [for believing in his death].”

She also failed to mention the treatment of Muslim women. For example, they can’t own property, drive cars, or show their faces. They are often brutally raped and traded like property. Here at The Black Sphere, we often tell the truths of Islamic religion. For example, earlier this year we brought you the story of a feminist activist, Linda Sarsour.

Sarsour was among the organizers of Hillary’s pathetic Women’s March. Additionally, she preaches that Mohammed was a women’s rights activist. Like many Muslims, she minimizes the importance of the teachings of the Qur’an in relation to women’s liberation.

As we previously explained:

The Qur’an teaches that men are superior to women and should beat those from whom they “fear disobedience”:

“Men have authority over women because Allah has made the one superior to the other, and because they spend their wealth to maintain them. Good women are obedient. They guard their unseen parts because Allah has guarded them. As for those from whom you fear disobedience, admonish them and send them to beds apart and beat them.” — Qur’an 4:34+

Apparently Sarsour and Sirois are both drinking the same Kool-Aid. However, they’re grown adults. If they want to drink the Kool-Aid, that’s perfectly within their rights. But for middleschoolers to be subjected to this kind of indoctrination is absolutely unacceptable.

Not only is it unacceptable, but trying to influence the religion of children is against the law.

The U.S. Supreme Court held in a 1963 case involving prayer in school, that public schools could teach about religion and could provide instruction comparing different religions, but must maintain neutrality as to any one religion.

More specifically, Tennessee law excludes teaching religious doctrine which federal court decisions have held are devotional and religious in character, an issue amplified by another Tennessee law passed in 2016:

The inclusion of religion in textbooks, instructional materials, curriculum or academic standards shall be for educational purposes only and shall not be used to proselytize or establish any religion or religious belief.
Proselytizing Islam is referred to as “dawa.”

SoundVision, a Chicago-based non-profit oriented to promoting Islam through multimedia confirms that dawa is a religious obligation and promotes the idea of proselytizing Islam in public schools.

Schools are fertile grounds where the seeds of Islam can be sowed inside the hearts of non-Muslim students. Muslim students should take ample advantage of this opportunity and expose their school mates to the beautiful beliefs of Islam…

We should use every opportunity presented or created to sensitize non-Muslim peers and school staff with Islam. Further, we must establish an environment in which everywhere a non-Muslim turns he notices Islam portrayed in a positive way. Therefore, he can be influenced by it and eventually accept Islam with Allah”s guidance.