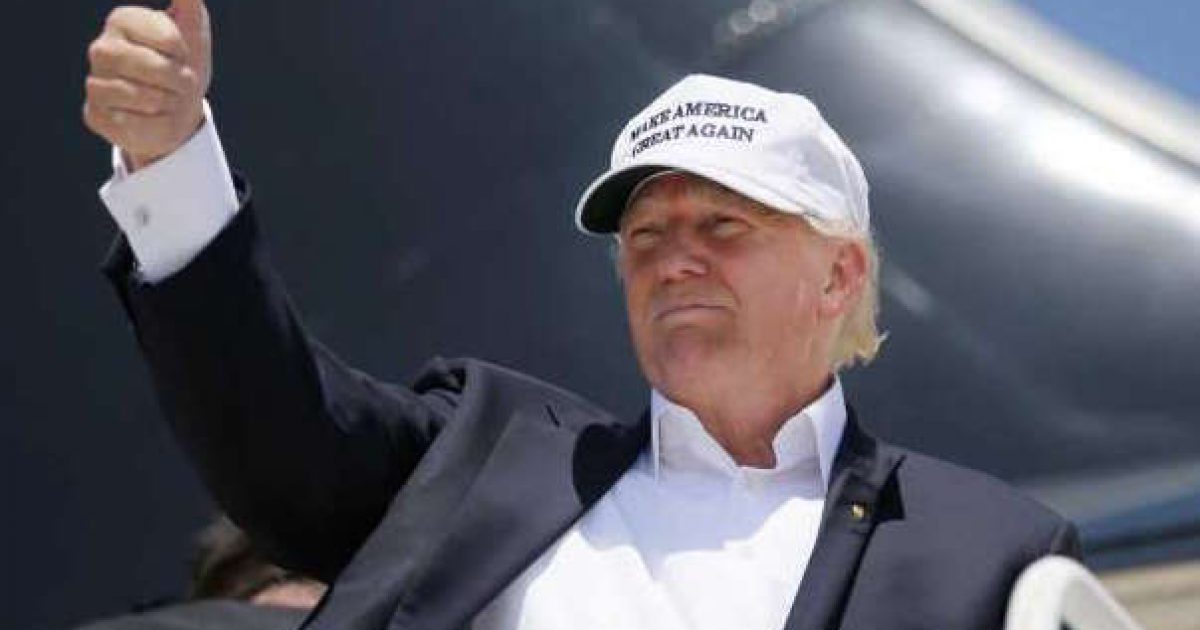 Finally, we have a leader in the White House who won’t pander to migrants.

There was a time when immigrants to America came legally. Further, they didn’t want handouts, though they might need a hand up. America became strong and prosperous because of this immigrant.

However, over the decades, Leftists allowed anybody in and by any means. The degradation of America coincides with our idiotic immigration policy of “just get here and you’re better than our citizens”.

In his weekly address president Trump announced an immigration bill that will create a merit-based Green Card system. The new system will end the abuse to our welfare system.

“Just this week, we announced a historic immigration bill to create a merit-based Green Card system that ends the abuse of our welfare system, stops chain migration, and protects our workers and our economy,” he stated on his weekly radio address. “As an example, you cannot get welfare for five years when you come into our country.

You cannot just come in like in past weeks, years, and decades, you come in immediately and start picking up welfare. For five years, you have to say you will not be asking or using our welfare systems.”

The president is spot on.

One of the major ways to decrease illegal immigration is by cutting off the money. Sure, a wall will help and so will travel bans. But if the incentive to receive free money remains, the motivated will find a way to get to America.

Get here legally, and you’re good. But there is a catch.

For those that do wish to be apart of our great country this new immigration policy requires immigrants to compete for benefits.

“The plan put forth by the administration follows that of the systems deployed by Australia and Canada, where potential immigrants are granted points based on a wide range of divisions. Those with the highest points would qualify for the 140,000 visas that would be distributed every year.

A candidate who wants to apply for a visa must have at least 30 points to start the process. Other points are distributed based on education, English proficiency, a job offer, an extraordinary achievement, an Olympic medal winner or competitive international athlete.”

This competitiveness is the perfect solution. Competitiveness insures that America only receives immigrants who contribute to our economy and society.

Over the last decade only about 12 percent of legal immigrants were admitted based on their skills and education. The rest was based on family connections here in the U.S.

“Reducing the flow of low-skilled legal immigrants would involve reducing the number of visas based on family relationships.

This might include eliminating the preferences now in the law for the siblings and adult children (over 21) of U.S. citizens and the adult children of legal permanent residents. These changes would not only reduce low-skilled legal immigration immediately, they would also limit the chain migration of low-skilled immigrants that occurs as the spouses of those admitted in the sibling and adult child categories petition to bring in their relatives.”

And in 2014, 65 percent of all immigrants were in America due to chain migration. All of whom were allowed to apply for welfare right away and receive benefits, no questions asked.

Former Illegal-in-Chief Obama allowed everyone and anyone to stroll into America and receive benefits right away at the taxpayer’s expense. In fact, in July 12, 2012, Barack Obama removed welfare policies that required immigrants to show they are working in order to receive welfare benefits.

Here is what we learned:

“Friday, July 12, 2013 marks one year since the Obama Administration first declared that it had the authority to waive the work requirements for welfare recipients. Work requirements were created in the 1996 welfare reform law, and they have been key to the success of welfare reform in increasing work and earnings and reducing poverty and welfare dependence. No prior Administration has ever claimed to have authority to waive these requirements, and for one simple reason – because it doesn’t exist in law.”

How’s that for someone who claimed to not be a “King?”

“If only we knew then what we know now. Looking back, it is clear that the Obama Administration’s attempt to unilaterally dismantle work requirements in welfare—requirements that have successfully lifted people out of poverty—is just one more example of an Executive branch that is out of control…”

Obama was indeed “out of control.”

And as a result of his stupidity his policies 10.7 million people were added to welfare, a fact of which the Democrats are proud.

But thanks to this new immigration policy the days of America accepting terrorists and slackers who feast off of the hard-working, taxpaying Tea Party Community are over.