Biggest Celebrity Losers for 2017 So FAR

Spoiler alert: Harvey Weinstein is the biggest celebrity loser for 2017.

And despite Weinstein’s woes, others on the list came in a close second.

The Trump Effect impacted Hollywood and entertainment. People like Russell Simmons got caught in the web of Leftism, as did many sport figures.

And Donald Trump crushed the media, who lost heavyweights like Matt Lauer, Charlie Rose, and many others.

As Fox News reports, the election of Donald Trump opened the floodgates to deceitful Leftists:

It’s no secret that 2017 was a rough year in Hollywood. However, some managed stars to claw their way to the New Year more unscathed than others.

While some celebs shined this year, others crashed and burned in some spectacular, and often incredibly sad, ways. To help put your failed 2017 New Year’s resolution in perspective, here is a list of some of the biggest celebrity losers of the year, in no particular order.

The now disgraced movie mogul was the first in what became a long line of men in Hollywood to have allegations of sexual harassment, sexual assault and abuse of power brought up against them. Weinstein’s accusers reached nearly countless numbers in a matter of weeks, prompting him to be ousted by his own company and forced to seek treatment and rehab outside of California for his behavior. While he continues to deny any allegations of nonconsensual sex, 2017 was the year that brought him down. Other high-profile names in Hollywood caught up in the unprecedented conversation about sexual misconduct are Brett Ratner, James Toback, Louis C.K., Jeremy Piven and many more.

Needless to say, Weinstein cracked the dam, as sexual misconduct allegations run rampant now. The spillover impacts all the Leftist enclaves, like media and even DC.

Known to most as the frustratingly rigid star of the reality show “Dance Moms,” Miller had her toughest year yet after pleading guilty to fraud. Miller tried to hide a reported $775,000 of income in 2015, The star was sentenced in May to one year and a day in prison followed by two years of supervised release. Additionally, she was fined $40,000 and is being forced to pay a $120,000 judgement. The star is currently at the FCI Victorville prison in California.

I had no idea that “Dance Mom was in prison. At least she’s helping women get their groove on, on the dance floor.

I’m not sure of her politics, but tax evasion has Leftist written all over it. 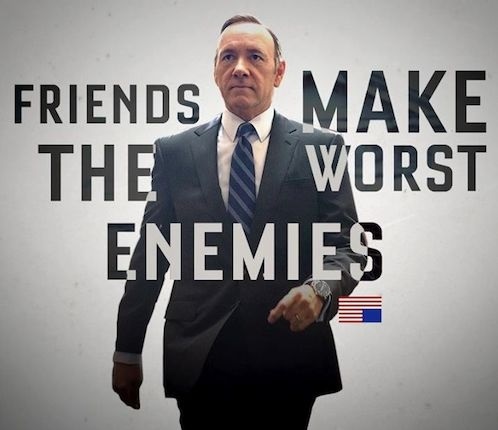 Following the Weinstein allegations, some men began speaking out against Spacey and claimed the actor abused them — in some cases when they were underage. The horrifying accusations cost Spacey his hit series, “House of Cards.” Spacey has since announced he is seeking help.

Next to Weinstein, I can’t think of anybody who ruined his career more. Spacey will have a difficult time recovering from this.

Notables for us include:

In a story published Wednesday by The New York Times, four new women detailed a pattern of alleged violent sexual behavior by Simmons, 60, disclosing incidents from 1988 to 2014.

“I vehemently deny all these allegations,” Simmons said in a statement sent to USA TODAY by his rep, Steve Elzer. “These horrific accusations have shocked me to my core and all of my relations have been consensual.”

Though less notable, Charlie Rose was considered an icon in the media. But not anymore.

Two journalism schools have taken back the awards they’d given veteran news broadcaster Charlie Rose because of the accusations of sexual misconduct against him.

Arizona State University’s journalism school announced it was rescinding the Walter Cronkite Award for Excellence in Journalism, which Rose received in 2015. Next, the University of Kansas decided to take back the William Allen White National Citation.

So awards for one’s work are fine, as long as you do the right thing? Live a moral life.

We wrote about Smiley’s troubles.

According to the Hollywood Reporter,

The public broadcaster is indefinitely suspending distribution of the talk show in light of allegations against its host.

The decision comes after the public broadcaster conducted an investigation into Smiley and found “credible allegations” of inappropriate behavior.

“Effective today, PBS has indefinitely suspended distribution of Tavis Smiley, produced by TS Media, an independent production company,” a PBS spokesperson said Wednesday in a statement. “PBS engaged an outside law firm to conduct an investigation immediately after learning of troubling allegations regarding Mr. Smiley. This investigation included interviews with witnesses as well as with Mr. Smiley. The inquiry uncovered multiple, credible allegations of conduct that is inconsistent with the values and standards of PBS, and the totality of this information led to today’s decision.”

The year is not over, and I guarantee you other leftists will join this list.

Oh, and for the Leftists reading this: Trump is your president!