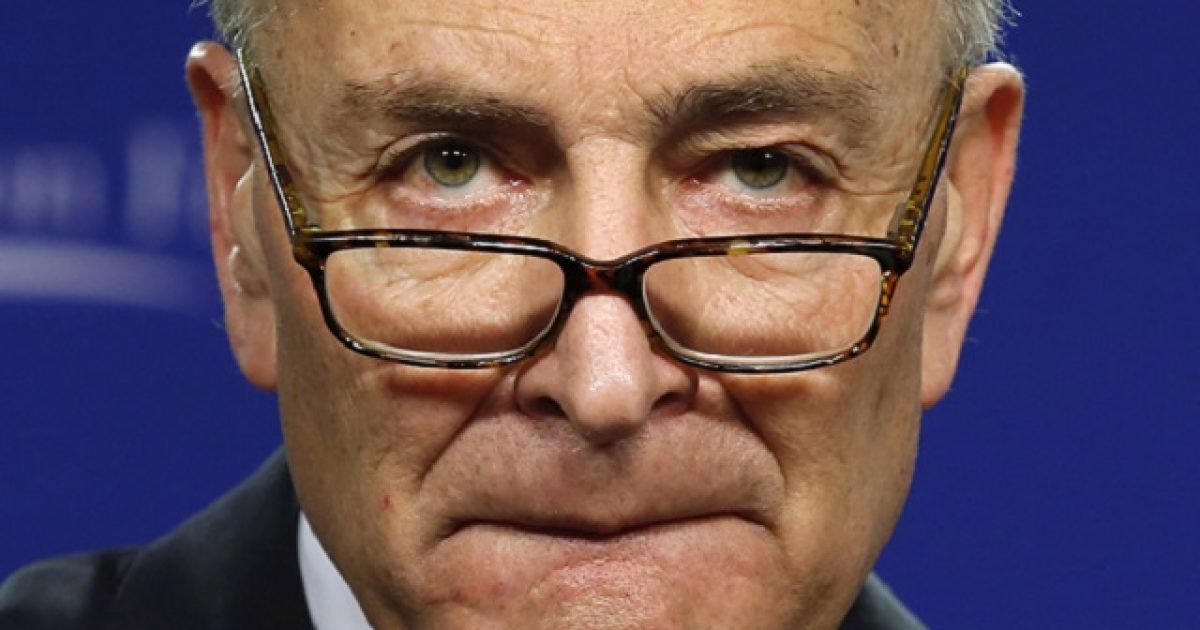 Leftists unleashed the kraken, and now they don’t know what to do.

Understand that Conservatives aren’t heartless. But laws are in place for a reason. Simply put, laws are meant to be followed.

Nevertheless, Leftists selectively follow laws, based on what get them the most power. And as with most things Leftist, things go awry.

Seven so-called “Dreamers” as well as one of their allies were arrested during a sit-in Friday at the Washington, D.C., offices of Democratic Sen. Chuck Schumer of New York and Republican Rep. Carlos Curbelo of Florida, according to a media representative from an advocacy organization. And now they’re going on a hunger strike and facing possible deportation.

A Facebook post on behalf of Erika Andiola said she was among those arrested, and said they plan to remain jailed until Schumer and Curbelo publicly confirm they have enough votes to block any spending bill that doesn’t come with a “clean Dream Act.”

President Donald Trump eliminated the Deferred Action for Childhood Arrivals program, or DACA, in September, cutting off all new applications and providing a six-month window for renewal applications from recipients whose permits were set to expire between Sept. 5, 2017 and March 5, 2018.

“DACA recipients are demanding that Members of Congress block any spending bill that does not include a clean DREAM Act,” according to the advocacy group Fight For Our Dream.

For the record, many people dream to be American. To be American is a privilege, not a right.

But Chuck Schumer and his ilk have trained illegals to believe they enjoy the rights of American citizens. And if the Kate Steinle case showcase, illegals actually possess more rights than Americans.

Despite this, illegals fight for more fake rights, and use intimidation to do so. ICE should have been at Schumer’s office to deport all those protesters. What else could we possibly do for them?

We wrote of the benefits received by illegals in Los Angeles:

It’s not bad enough that illegals come to America ahead of people who legally wish to enter America. But they get here and immediately need our assistance.

They’ve paid extraordinary amounts of money to get to America to become wards of the state.

Afterwards, we house them, feed them, educate them and their children. Then we provide medical, dental, and other care. Finally we just fork over money so they can shop at Walmart.

They are not thankful in any way, but feel deserving of our charity. These criminals make no concessions for the fact that other people pay their way, as Leftists have made these illegals feel entitled. Moreover, they don’t consider themselves lawbreakers.

Even the most heinous of these criminals freely roam the streets wreaking havoc in so called “sanctuary cities.”

And if that’s not bad enough, the Gateway Pundit reports,

In Los Angeles County they are handing out information to illegal immigrants on how to get free money/benefits paid for by working Americans.

New USCIS guidelines permit immigrants and their children to use certain non-cash benefits and special purpose cash benefits without affecting their immigration status including:

No wonder illegals protested Schumer. Look at all they stand to lose!

Tiffany Layne - May 29, 2020
Like nearly every other human on the planet, I was appalled at the actions that led to the death of George Floyd. It was a...

Trump Officially Cuts Ties with WHO

Texans Fight Back: No Masks Allowed!

Race Polling in the Wake of Biden’s Racist Comments