Riddle Me This: What do a University Professor, a nurse, executive chef, schoolteacher, and a Facebook employee all have in common?

They are all examples of gainfully employed individuals, whom in most states would be considered successful upper-middle class. But they all live in California. Thus, they comprise the state’s rapidly growing (and under-reported) new homeless population. This group helped coin the phrase ‘car culture’.

How is this possible?  The San Jose Mercury News explains:

In the high-priced Bay Area, even some households that bring in six figures a year can now be considered “low income.”

That’s according to the U.S. Department of Housing and Urban Development, which recently released its 2017 income limits — a threshold that determines who can qualify for affordable and subsidized housing programs such as Section 8 vouchers.

San Francisco and San Mateo counties have the highest limits in the Bay Area — and among the highest such numbers in the country. A family of four with an income of $105,350 per year is considered “low income.”  A $65,800 annual income is considered “very low” for a family the same size, and $39,500 is “extremely low.” The median income for those areas is $115,300.

Some Bay Area cities have seen average rents soften a bit, but they’re still higher than much of the country. According to ApartmentList.com, the median monthly cost of a two-bedroom apartment was $2,550 in San Jose by the end of last year. In Oakland, it was around $2,500, and in San Francisco, it was a cool $4,550. Even places in the East Bay suburbs, where many have flocked to find rent relief, were expensive. Pleasanton’s median for a two-bedroom was $2,770, and in Concord, it was $1,900 per month. 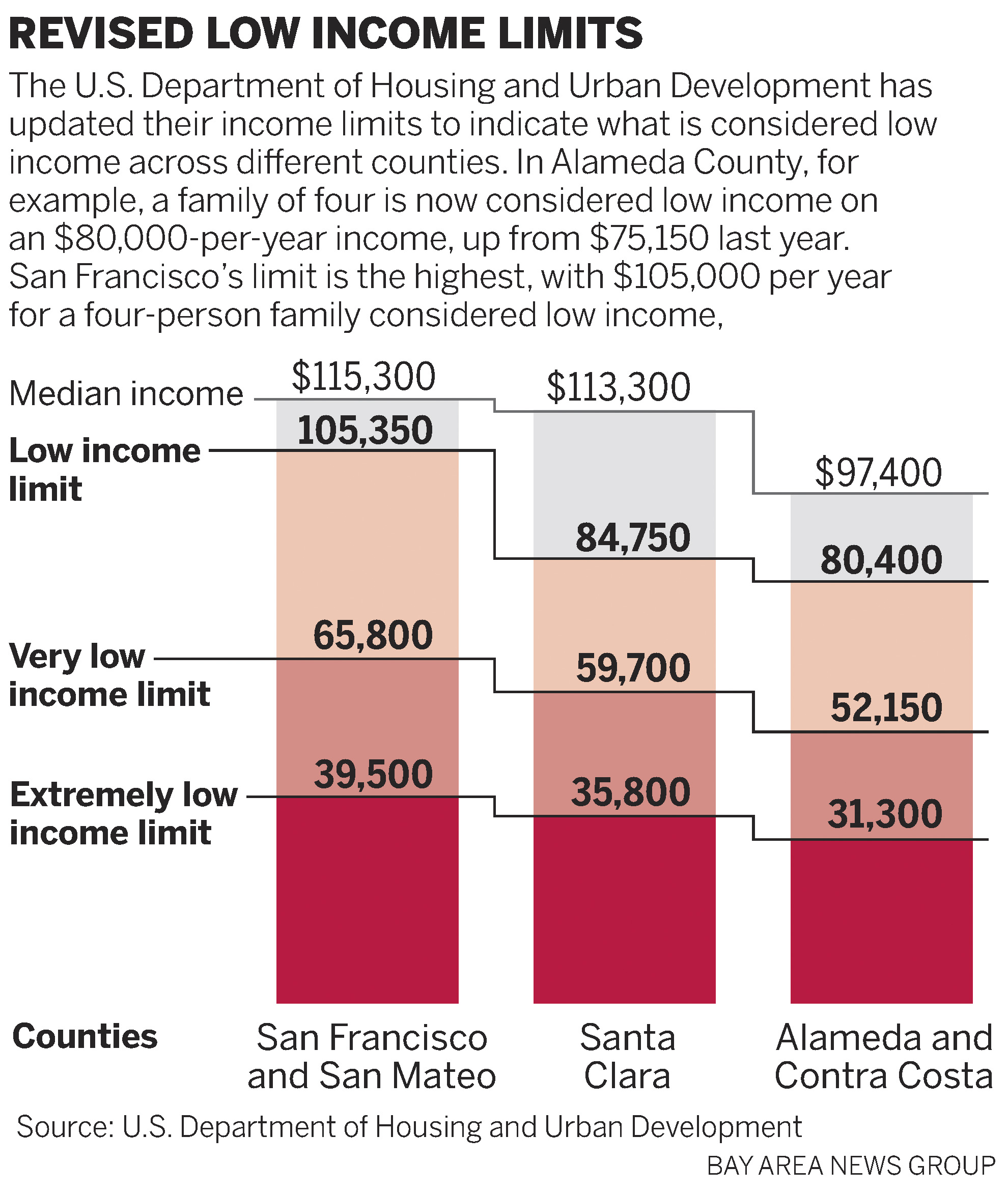 Affordable housing in much of California is a contradiction in terms.

As the chart above shows, Bay Area rent can be as high the average American’s entire monthly paycheck. In one example, a simple track home recently sold for $800 thousand.

With these recalculations, the Sacramento Bee has had to rethink how successful California’s economy really is:

One in five Californians lives in poverty, the highest rate in the country, according to new data from the U.S. Census Bureau.

The “Supplemental Poverty Measure,” factors in cost of living and shows a stubbornly high share of Golden State residents in poverty even as the national rate has dropped slightly.

And what is California’s ‘illogical’ Liberal-Progressive solution?

With housing inventories at a historic low, real estate leaders are proposing to amend Proposition 13 to give homeowners a tax break when they sell and thus generate more supply and reduce pressure on prices.

The change would apply to the 1978 tax-reduction measure and appear on the November 2018 if the Legislature agrees or via a ballot initiative that the California Association of Realtors is considering.

For long-time homeowners, the break could mean thousands of dollars of lower property taxes when they move up or downsize. State and local governments also could benefit if there is more turnover that boosts overall tax collection.

This is what happens when history is no longer taught!  A brief lesson on, what was dubbed during Jerry Brown FIRST tenure as governor, as the ‘Taxpayer Revolt’:

On June 6th, 1978, nearly two-thirds of California’s voters passed Proposition 13, reducing property tax rates on homes, businesses and farms by about 57%.  Prior to Proposition 13, there were no limits on increases for the tax rate or on individual ad valorem charges.  Some properties were reassessed 50%-to-100% in just one year and their owners’ property tax bills increased accordingly.  Under Proposition 13’s tax reform, property tax values were rolled back and frozen at the 1976 assessed value level. Property tax increases on any given property were limited to no more than 2% per year as long as the property was not sold.  Once sold, the property was reassessed at 1% of the sale price, and the 2% yearly cap became applicable to future years.  Allowing property owners to be able to estimate the amount of future property taxes, and determine the maximum amount taxes could increase as long as he or she owned the property.

Many Californians sought relief by moving eastward into the Central Valley and the Inland Empire areas for more affordable living.

This has led to 2-to-6 hour daily roundtrip commutes on some of the worst roads in the country.  Worse, these roads are never fixed despite decades of tax increases and ballot initiatives.  That’s because Moonbeam has a choo-choo train (and a legacy) to build.

But the highest taxes, unaffordability, and crushing debt is not stopping California Democrats from taking more. Not only did California place a massive gas tax on motorists mere months ago, but now a first-of-its-kind mileage tax is now being proposed.

California is moving closer to charging drivers for every mile they drive.  The state says it needs more money for road repairs, and the gas tax just isn’t bringing in enough revenue.  The state recently road-tested a mileage monitoring plan.

The California Road Charge Pilot Program is billed as a way for the state to move from its longstanding pump tax to a system where drivers pay based on their mileage.  But it’s not just a question about money, it’s also a question about fairness. 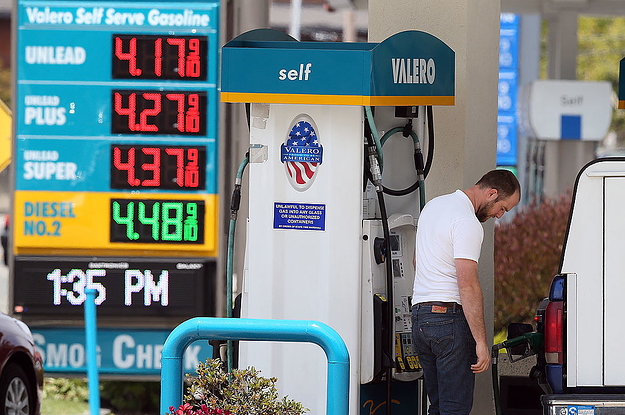 So, all of those who bought fuel-efficient hybrids to save money and protect the environment…you were DUPED!

Now if you oppose paying your ‘fair share’ to the State, why you are you just a “Freeloaders” according to Jerry Brown and the Sacramento establishment.

Don’t expect anything to change in the state.

Due to ‘open primaries’, there is not a viable Republican candidate for any statewide office going into 2018, which could trickle down to down ticket races.  As previously reported, current Lt Governor Gavin Newsom is the leading candidate to replace Brown, and could quite possibly have Californians thinking of the Moonbeam years as “The Good Old Days”.