Because I know what the people are who’ve allowed it: assholes.

How many Americans have called some countries “sh*tholes” or worse. I call countries “Third World armpits” on the regular. Why? Because that’s what they are.

I’ve traveled to many regions of the world that are disgusting beyond belief. As an American, I know the difference. My travel in Africa is the very reason I stopped thinking of my upbringing as “poor”. Because compared to people I met in many African countries, I was freaking Warren Buffet!

As for the comment, the president denies having said those exact words.

Yet this reporter for the anti-Trump, fake news Washington Post, “stands by his story”.

The Washington Post reporter who broke the "shithole countries" story, @Jdawsey1, responds to Trump tweeting that was "not the language used": "We stand by our reporting 100%" https://t.co/fjL8MsZtxK

Considering all who would have been present, this would seem to be easy information to ascertain. No James O’Keefe undercover video necessary. After all, we aren’t talking Obama Era definition of “transparency”, where everything was a secret.

What happened, the source says, is there was a conflation of two different remarks by the president. 2/

So now we know the information from the WaPo reporter was only partly true.

Let’s consider the ramifications of this guy being just another lying journalist. What would fraud news CNN anchor (and New Year’s eve drunk) Don Lemon say then:

But if you think Don Lemon is a clown, check out Anderson Cooper!

This moron used the anniversary of Haiti’s earthquake of a year ago as the backdrop for his tearful commentary. And now we find the president didn’t include Haiti:

Oh well, so what the president didn’t include Haiti! We get the point, Anderson!

Or is he simply a genius? Because when it’s all said and done, the president said what most Americans think.

Look at the growth in refugees over the years. And then look at what countries from which they come:

An NPR article called people leaving their homelands, “refugees, asylum-seekers and internally displaced people,” and the latest report by the United Nations High Commissioner on Refugees, says that the number of these various groups represents more than 65 million people.

In fact, according the UN, as of December 2015 there were 65.3 million displaced people. This number has a distinction, as it’s the first time in the organization’s history the number has surpassed 60 million, going well over 60 million in fact to the 65+ million. That’s almost a 10 percent increase over the previous bad year.

Just for frame of reference, look at the raw numbers.

Three countries — Syria, Afghanistan and Somalia — accounted for more than half of the refugees under the UN’s mandate.

So all President Trump did by calling some nations sh*tholes is speak the truth. By the way, Leftists say these things privately, as they pretend to have moral high ground publicly.

2018 is the year of Conservative redemption. No more kowtowing to Leftist nonsense. We will spend another year ignoring their calls of racism. Because we know who the real racists are. 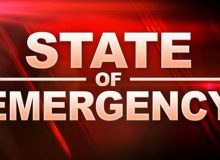