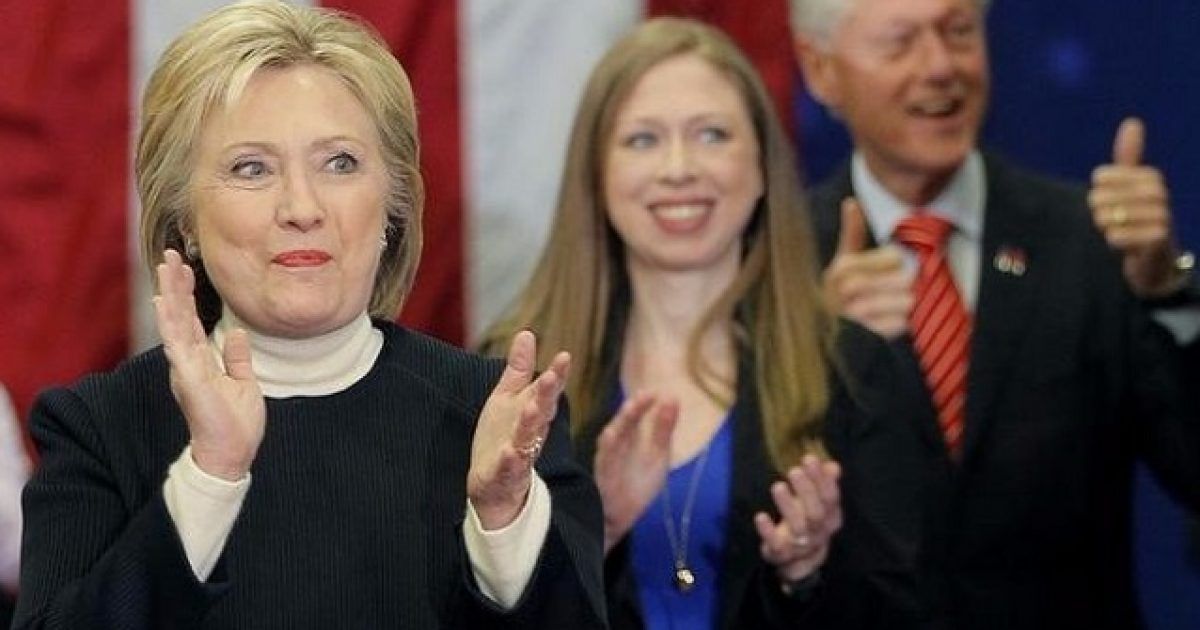 The Clintons try to position Chelsea Clinton as angelic.

When they added their daughter to the foundation, it was not that they needed her help in the classical way. Chelsea didn’t have worldwide connections to thieves and scoundrels, nor could she run interference within the State Department. No, Mommy and Daddy Dearest would handle those details. Chelsea’s job was to look innocent.

After all, The Clinton Foundation was established to help widows and orphans, and who better than little Chelsea.

But the apple doesn’t fall too far from the tree. And now we learn that Chelsea is not so innocent after all.

During Hillary Clinton’s tenure as Secretary of State, more than $11 Million of federal contracts were awarded to a questionably legitimate think-tank, which is owned and operated by Chelsea Clinton’s “Best Friend”.

Jacqueline Newmyer, who Chelsea Clinton says is her “best friend”, owns and operates Long Term Strategy Group (LTSG). Over the past 10 years, LTSG has been awarded more than $11 million from a Department of Defense think-tank known as the Office of Net Assessment (ONA).

Long Term Strategy Group, has a virtually non-existent website and has no security clearances, yet to date they have received $11.2 Million in federal contracts according to USAspending.gov.

The chart below is a partial list of the contracts awarded:

So how do we know?

Well this story was swept under the rug for the most part by the media. It broke during Hillary Clinton’s run up to her ass-whooping by Donald Trump. The fake news media couldn’t implicate another Clinton.

However, Conservative media outlets reported on it.

Free Beacon reported the following in Oct of 2016:

Clinton in 2009 arranged meetings between Jacqueline Newmyer Deal, a friend of Chelsea Clinton and head of the defense consulting group Long Term Strategy Group, with Pentagon officials that involved contracting discussions, according to emails from Clinton’s private server made public recently by the State Department. Clinton also tried to help Deal win a contract for consulting work with the State Department’s director of policy planning, according to the emails.

Deal is a close friend of Chelsea Clinton, who is vice chair of the Clinton Foundation. Emails between the two were included among the thousands recovered from a private email server used by the secretary of state between 2009 and 2013. Chelsea Clinton has described Deal as her best friend. Both Clintons attended Deal’s 2011 wedding.

I suspect it won’t take much digging to figure out that LTSG did little for these contracts.

Knowing what I know about government contracts, I suspect this was one of those “woman empowerment” deals. In those deals, the company asking for services get their arms twisted to do a “woman-owned business” deal. In many of these cases, the 10-15 percent profit represents the service the Minority-Woman-owner Business Enterprise (MWBE) is merely a pass-through.

Certainly the government tries to make these companies “earn” their pay. However, in far too many cases, the contracts are awarded on cronyism. So a larger company does the work, while the MWBE gets its cut for doing nothing.

If I were President Trump, I would hire forensic accountants to look at every deal done by the Clintons. It won’t take long to follow the money, and have this family arrested on the spot.