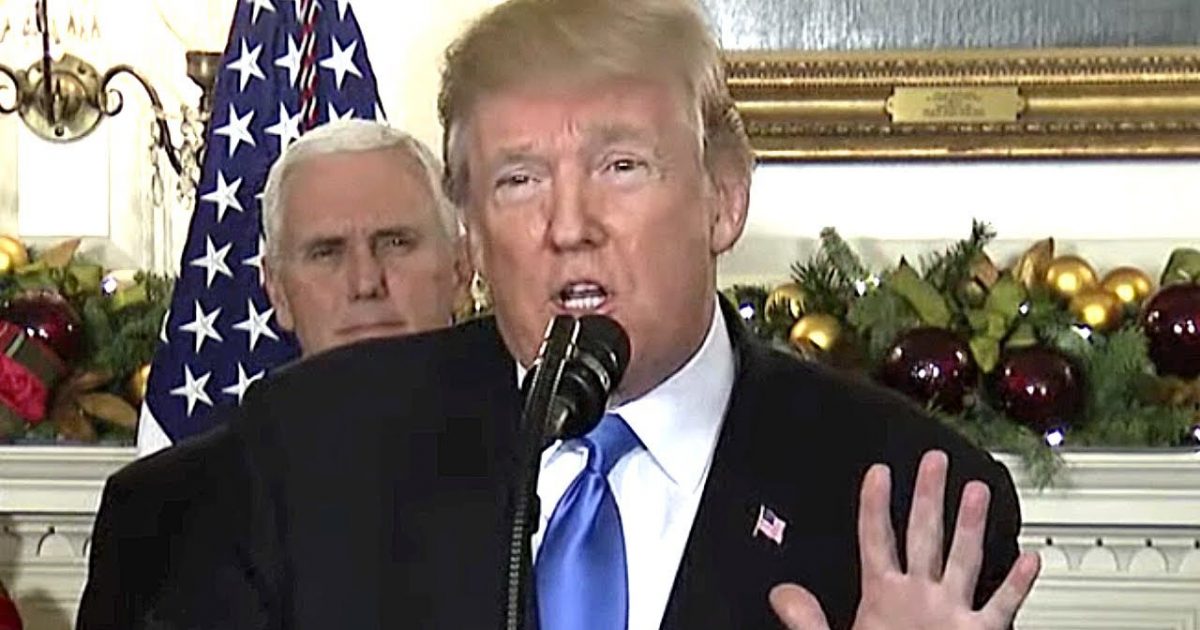 The media tries to put the fear of Trump into the Republican Party.

Since they can’t beat Trump with calls of racism or claiming that he paid off hookers, they try to demoralize his base.

Check out this CNN nonsense:

Politicians — good ones, at least — make their bones by knowing which way the wind is blowing. And right now, it’s a gale force gust right in the faces of Republicans.

Before I go on, you just have to love that snide comment, “…good one, at least”.

Facing such perilous conditions, lots and lots of Republicans are steering toward calmer shores.

Let’s examine those perilous conditions, shall we?

I can see where the Republicans will have a difficult time running on this record.

Yet, CNN continues with their analysis:

In the House, senior Republicans — including eight committee chairs — are choosing to retire rather than running for re-election in November’s midterm elections. In Senate battleground states, the top GOP prospects — most recently former Minnesota Gov. Tim Pawlenty — are declining pleas from President Donald Trump and Senate Majority Leader Mitch McConnell to take on vulnerable Democratic incumbents.

Unlike Leftists, Republicans actually do retire from political office occasionally. Democrats prefer to die in office, where possible.

And to reference Pawlenty?! Talk about a dog with fleas!

So we are to believe that Donald Trump begged Tim Pawlenty to run? I’d believe Sports Illustrated begged Rosie O’Donnell to do the cover before I believed that absurdity.

The Republicans have an interesting way of running from Trump.

They voted 100 percent for the Trump tax plan. To think the Republicans would run from the success shown thus far would make you delusional. That’s like running from somebody trying to give you a winning lottery ticket.

Don’t believe me, however. CNN did a focus group of Democrats who voted for Trump in 2016. Check out their reaction to Trump’s Year One:

One has to wonder if the CNN person who wrote this article was aware of the focus group?

Check out the “false indicators”.

The trend exists statewide as well. In Virginia, Gov. Ralph Northam, a Democrat, won by a larger-than-expected margin thanks to sky-high Democratic turnout last November. In Alabama, Doug Jones became the first Democrat to win a Senate seat in the state since 1992 — buoyed by massive African-American turnout.

Understand that what can be done, will be undone in 2018.

Moreover, the black vote will sorely disappoint the Left in 2018, as many blacks vote for Republicans for the first time.

Trigger warning for Leftists: Apparently blacks want out of their Democratic sh*tholes, because they now “cotton” to Trump.

That means they now LOVE the man.

Not one, but TWO new polls show President Donald Trump’s rising support among black voters. And this news has Leftists panicked.

After all the genned up nonsense about Trump being racist, the president has doubled his support from blacks.

According to the Atlantic among black men, Trump’s “2017 average approval rating significantly exceeds his 2016 vote share,” The article points out that now “23 percent of black men approved of Trump’s performance versus 11 percent of black women.”

On average, Trump’s support among blacks is around 17 percent, versus 8 percent score reported in 2016 exit polls.

Fear not, Conservatives. Soon the Democrats will get yet another rude awakening.

Like we saw on November 8, 2016, we will again see the pain on the faces of Leftists. They pretend to hate Trump, but success speaks for itself.

CNN and other fake news media will try to sway us. They will tell us the wall won’t be built, or other nonsense. And President Trump will disappoint them, and keep his campaign promises.

And when crooked Democrats begin going to prison, that will signal the changing of the guard.