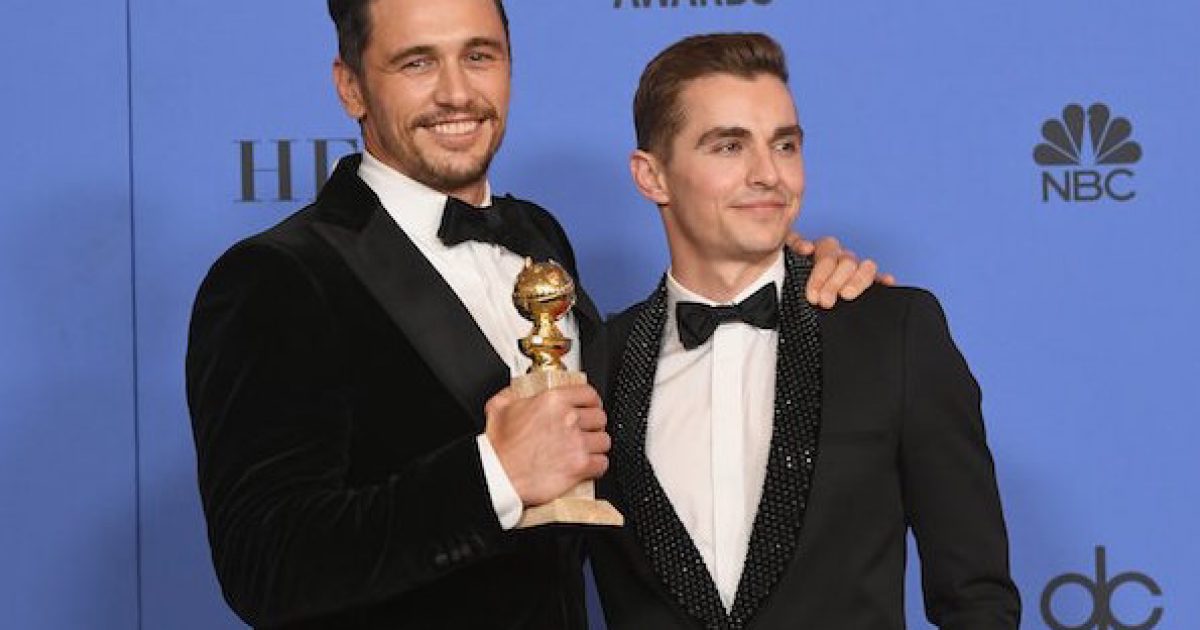 And their timing is impeccable.

These powerful feminists seem to time their release of information with the precision of an Ali jab. The latest to get “love tapped” is Golden Globe winner James Franco.

Two women have come forward on Twitter accusing the actor of sexual harassment. Both actresses also pointed out how it was hypocritical for the 39-year-old to wear a Time’s Op pin to keep the spotlight on the sexual harassment and assault scandals plaguing Hollywood.

Hey James Franco, nice #timesup pin at the #GoldenGlobes , remember a few weeks ago when you told me the full nudity you had me do in two of your movies for $100/day wasn't exploitative because I signed a contract to do it? Times up on that!

Hey James Franco, nice #timesup pin at the #GoldenGlobes , remember a few weeks ago when you told me the full nudity you had me do in two of your movies for $100/day wasn’t exploitative because I signed a contract to do it? Times up on that!

And then there were two:

Cute #TIMESUP pin James Franco. Remember the time you pushed my head down in a car towards your exposed penis & that other time you told my friend to come to your hotel when she was 17? After you had already been caught doing that to a different 17 year old?

Cute #TIMESUP pin James Franco. Remember the time you pushed my head down in a car towards your exposed penis & that other time you told my friend to come to your hotel when she was 17? After you had already been caught doing that to a different 17 year old?

Ironically, there’s no love lost for me and Franco. He’s an avowed Leftist of the highest order. But that’s what makes this story so intriguing.

Yet again, we have Leftist women accusing Leftist men of vile things. At least now I know why people say that Leftism is “touchy feely”. Who knows if these allegations are true or not but judging by Franco’s past admitted sexual behavior they very well could be.

In 2014, Franco admitted he tried to initiate a hotel hookup with 17-year-old Scottish tourist Lucy Clode via Instagram and text messages after leaked conversations between the two surfaced online.

“… I’m embarrassed, and I guess I’m just a model of, you know, how social media is tricky,” he revealed during an appearance on “Live! With Kelly and Michael” at the time. “It’s a way people meet each other today.

“But what I’ve learned I guess just because I’m new to it is like, you don’t know who’s on the other end. You meet somebody in person and you get a feel for them, but you don’t know who you’re talking to, and, you know? So I used bad judgment. I learned my lesson.”

Hey, when it comes to old men soliciting young teen girls, what the statue of limitations for Leftists?

In the case of Harvey Weinstein, I’d say 30 or so years.

There are two takeaways from this Hollywood PR stunt.

First, do leftist feminists really think it is a form of “girl power” to wait to tell stories of their abuse right when the spotlight shines on the man? If what happened to you was really as painful as you claim, why not call Franco or other abusers out when it happens?

This is the problem conservatives had with Trump’s accusers as well as Roy Moore’s accusers. Not only did these women’s stories not make any sense, but both these men are in their seventies with not a single sexual assault claim until they decided to make a life changing career move. Oh, the “bravery” of coming out decades later, and when the man has the most to lose.

Second, the fact that Franco received an award with his admitted sexual predatory past is just more proof all that Hollywierdos are the biggest frauds on the planet. The #TIMESUP movement attempts to clean up the bad image of Hollywood. And the women who started it are as guilty as the men.

Oh the irony, as Hollywood’s “moral epiphany”  backfired on them. Didn’t anybody check the sex offender registry before they decided to award a sex offender?