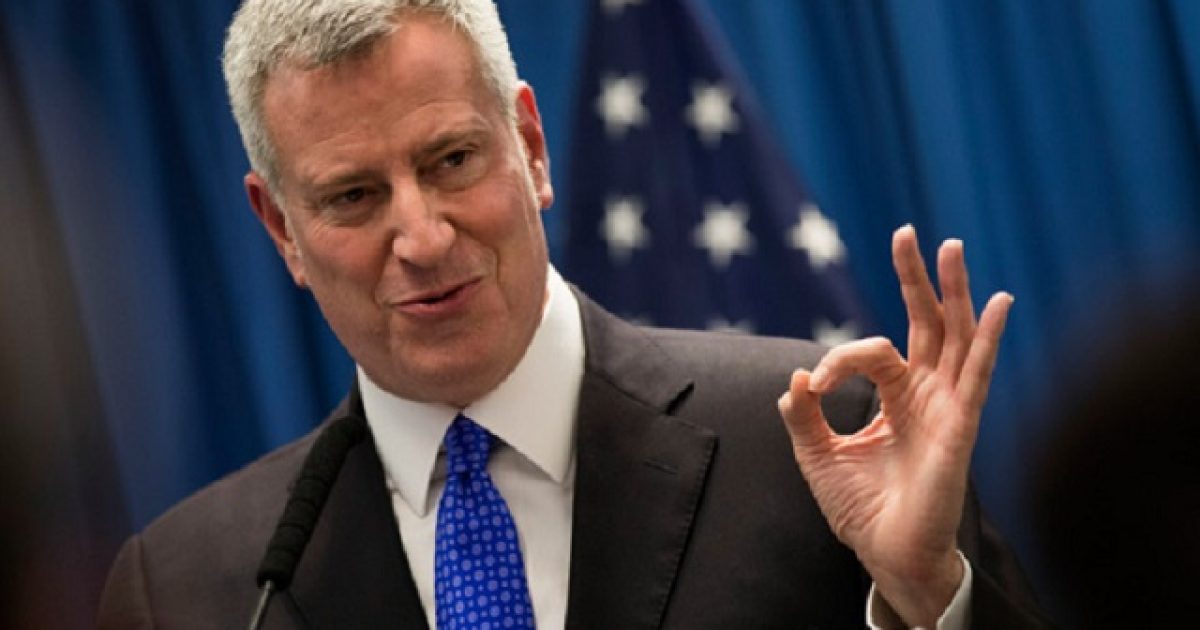 Leftists claim to hate tax cuts, but they use every tax advantage they can take.

And then these disingenuous fight for their raises, while claiming to give back. Case in point, Mayor of New York City Bill de Blasio.

The $33,750 boost is more than the annual salary of a full-time worker making the city’s roughly $13 minimum wage.

Throw in a free residence, free transportation, and free food and that salary doesn’t look that bad, even in New York.

How would you like to live in a mansion with servants, be driven around in a limo by a chauffeur, eat the finest foods and have a quarter mil extra to throw around?

But there’s more. As according to Newsday, the couple also made $106,000 in rental income two homes they own in Park Slope, Brooklyn. But they claimed a loss of $6,237 after factoring in expenses including taxes, mortgage interest and depreciation.

Not bad, particularly considering at some point de Blasio will sell his rental properties for millions.

But some in New York believe what the mayor makes is way too much.

Schermerhorn is right. The mayor’s job is public service. It’s not meant for people to get rich.

Further, de Blasio claims to be a “progressive”. Why not accept the $70,000 the Left says is the maximum amount affecting “happiness”?

Nevertheless, De Blasio authorized his cushy new salary two years ago by signing legislation that gave city pols a retroactive raise starting January 2016. So 2018 will be a boom for the de Blasios as they get that windfall of the mayor’s creation.

And look at how magnanimous de Blasio was early on in his career, according to the article.

But he refused to accept any pay hike during his first term because he convened the advisory commission that recommended higher salaries for the city’s elected officials. When he signed the City Council legislation in February 2016, he said raising the mayor’s salary “is appropriate for the next term.”

And, de Blasio isn’t the only one getting a fat raise.

City Council members went above the recommended raise, as their salaries will go from $112,500 to $148,500. It must be nice to vote yourself a 32 percent raise.

Not bad growth for a man who had a full-time job.

Given Bloomberg’s success, I’m not surprised de Blasio wants another shot. He’s got a lot of fleecing of the public left to do.

Scientists Confirm New Variant of COVID in Africa
The Floridian

Kevin Jackson - November 24, 2021
In case you're wondering what happens when you put a fool into a position of power, I give you Joe Biden. What could Leftist elitists...