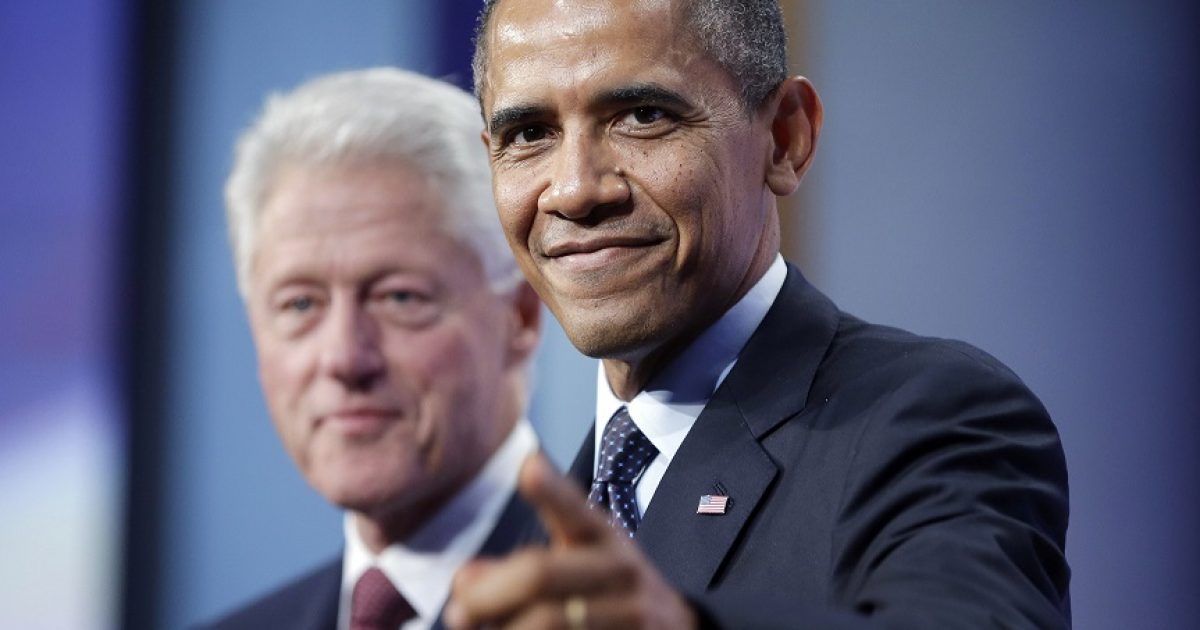 Obama’s Timeline of Treason: How Democrats Tried to FIX the Election

Much to the dismay of Leftists, Conservatives document their lies and deception.

Understand, Democrats lie full time, so documenting them is no easy task. Nevertheless, it must be done.

While we know the Democrats conspired to overthrow the electoral process, proving that occurred is necessary.

In an email sent to me, somebody took the time to connect the dots as it were. You will clearly see from this document, that while the Democrats pretended to want to “get to the bottom” of this story of Russian collusion, it is they who were committing criminal acts.

A TIMELINE OF TREASON:

10/15/14 Clinton team instructs Datto to begin purging emails from their backup storage devices, which they apparently failed to do
Exam http://www.washingtonexaminer.com/clintons-tech-f…/…/2573526

03/03/15 Clinton aides call Platte River Networks, which operated her email server, to confirm all emails were deleted per their 2014 order
NYT https://www.nytimes.com/…/hillary-clinton-emails-investigat…

03/12/15 Jill McCabe announces her candidacy for the state senate in Virginia JW
https://www.judicialwatch.org/…/judicial-watch-new-fbi-rec…/

03/31/15 Clinton IT specialist Paul Combetta realizes he had not deleted all of Clinton’s emails, uses BleachBit software to do so
Politico https://www.politico.com/…/best-of-clinton-fbi-report-227692

06/24/15 Discovery of classified information on Clinton’s private email server announced; the matter is referred to the FBI
Time http://time.com/4774278/james-comey-fired-timeline/

08/15/15 McCabe uses his official FBI email to promote his wife’s candidacy for the State Senate in Virginia
JW https://www.judicialwatch.org/…/jw-v-doj-mccabe-2-producti…/

10/03/15 FBI seizes the Platte River Networks server as well as the “Pagliano” server, which were used to host Clinton email services
Thompson http://www.thompsontimeline.com/tag/david-kendall/

10/11/15 On 60 Minutes, President Obama absolves Hillary Clinton of blame for her private email server: did not pose “a national security problem”
CNN http://www.cnn.com/…/barack-obama-60-minutes-hil…/index.html

03/15/16 Between this date and 9/15/16, Papadopoulos tries 6 times to arrange meetings between Trump campaign and Russians, all are rejected
ABC http://abcnews.go.com/…/us-russian-businessman-sourc…/story…

04/30/16 DNC IT staff reports suspected hacking on its server(s) to FBI, but fails to turn over the server to the agency, instead hires Crowdstrike
Politico https://www.politico.com/…/russian-government-hackers-broke…

05/03/16 Clinton IT specialist Paul Combetta admits lying to the FBI about erasing emails using BleachBit but is not charged for the crime
WaPo https://www.washingtonpost.com/…/timeline-james-comeys-de…/…

05/05/16 Washington Post reports there is “scant evidence” of a crime committed by Clinton through her use of a private email server
WaPo https://www.washingtonpost.com/…/timeline-james-comeys-de…/…

06/09/16 Donald Trump Jr. meets with Russian attorney after being lured by the promise of opposition research
NYT https://www.nytimes.com/…/trump-russia-kushner-manafort.html

07/02/16 Clinton interviewed by FBI and Peter Strzok for 3.5 hours; she is not placed under oath nor recorded
WaPo https://www.washingtonpost.com/…/timeline-james-comeys-de…/…

07/05/16 FBI director Comey announces he does not recommend charges against Hillary Clinton for use of her email server
Timehttp://time.com/4774278/james-comey-fired-timeline/

07/05/16 Date that forensics indicate that DNC emails were copied by an insider via USB and not hacked via external actors
The Nation https://www.thenation.com/…/a-new-report-raises-big-questi…/

08/16/16 FBI writes Congress defending decision not to prosecute Clinton, stating it was ‘extreme carelessness’ and not ‘gross negligence’
WaPo https://www.washingtonpost.com/…/comey-timeline-everythin…/…

08/27/16 Reid sends a letter to Comey referencing allegations made about Carter Page in the dossier DC
http://dailycaller.com/…/strzoks-texts-and-the-clinton-tru…/

09/15/16 Papadoulos emails Russian contact Boris Epshteyn trying to connect him with Sergei Millian, author of much of the Fusion GPS “Dossier”
WaPohttps://www.washingtonpost.com/…/dc737a42-be5f-11e7-8444-a0…

09/28/16 Comey claims his decision to exonerate Clinton was not made until after her interview with FBI agents
WaPo https://www.washingtonpost.com/…/timeline-james-comeys-de…/…

10/12/16 FBI agents tell McCabe and Strzok it’s discovers 650,000 emails on Weiner’s laptop, many of which were Huma Abedin’s
WSJ https://www.wsj.com/…/laptop-may-include-thousands-of-email…

10/27/16 During Comey staff meeting, McCabe and Strzok are asked why they’re sitting on the Huma/Weiner email disclosure
Tribune http://www.chicagotribune.com/…/ct-fbi-emails-investigation…

10/28/16 Comey announces he is reopening investigation into Clinton’s email server due to information found on Anthony Weiner’s computer
Time http://time.com/4774278/james-comey-fired-timeline/

10/29/16 Attorney Joe DiGenova reports that the FBI never destroyed Cheryl Mills’ and Heather Samuelson’s PCs, despite agreement to do so
DC http://dailycaller.com/…/dc-attorney-fbi-never-destroyed-l…/

11/01/16 In spite of numerous conflicts of interest, Andrew McCabe waits until this date before recusing himself from Clinton email probe
JW https://www.judicialwatch.org/…/judicial-watch-new-documen…/

01/02/17 Wikileaks’ Assange says he guarantees emails did not come from Russia; that Obama administration is trying to undermine Trump
Time http://time.com/462…/julian-assange-russia-hack-fox-hannity/