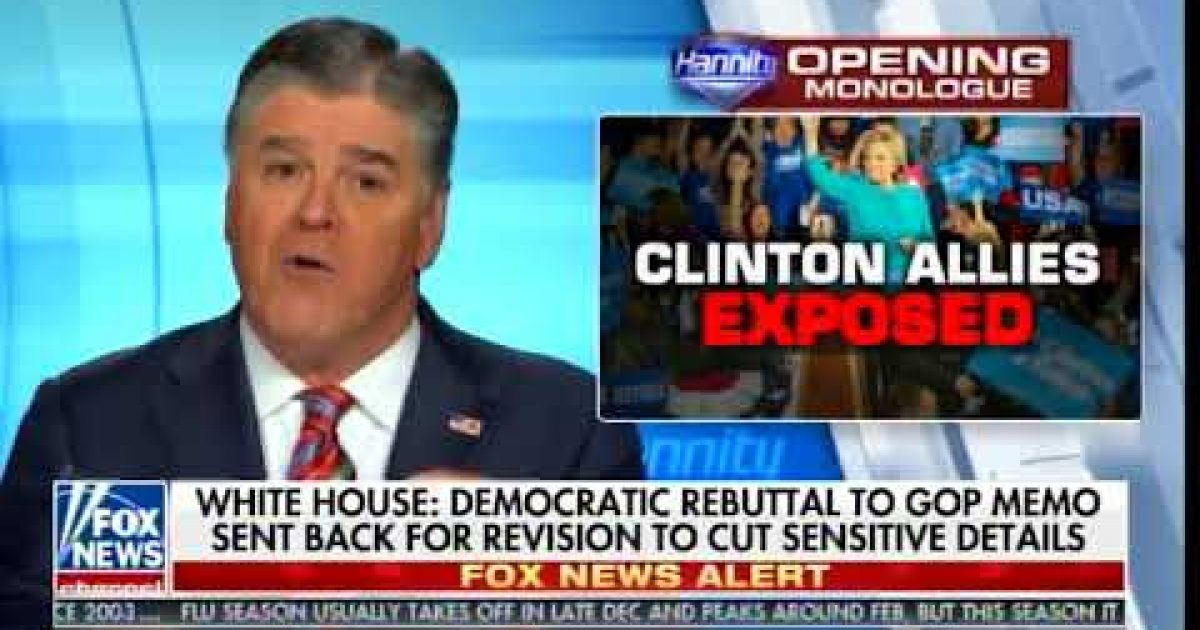 Democrats PRETEND TO FREAK OUT Very Bad News for Party

After two damning memo’s have been released showing how Democrats and FBI officials colluded to help Hillary get elected, Democrats have been desperate to spin the narrative.

So, Adam Schiff led the charge to create a counter memo to refute the GOP memo.

The Democrat’s strategy was as subtle as a tornado warning, as they loaded their memo with classified information in order to get President Trump to reject it. He did.

Trending: Biden Greeted by NOBODY While Visiting Louisiana

The White House said it would work with the House Intelligence Committee if it wants to revise the Democratic memo and resubmit it for declassification.

“The president encourages the Committee to undertake these efforts,” the letter states. “The Executive Branch stands ready to review any subsequent draft of the Feb. 5th memorandum for declassification at the earliest opportunity.”

After ignoring urging of FBI & DOJ not to release misleading Nunes memo because it omits material facts, @POTUS now expresses concerns over sharing precisely those facts with public and seeks to send it back to the same Majority that produced the flawed Nunes memo to begin with: pic.twitter.com/qNVyS99eXs

After ignoring urging of FBI & DOJ not to release misleading Nunes memo because it omits material facts, @POTUS now expresses concerns over sharing precisely those facts with public and seeks to send it back to the same Majority that produced the flawed Nunes memo to begin with:

Additionally, Chuck Schumer made this statement:

“The President’s double standard when it comes to transparency is appalling, the rationale for releasing the Nunes memo, transparency, vanishes when it could show information that’s harmful to him. Millions of Americans are asking one simple question: what is he hiding?”

This ploy stuck out like a rapper in Beverly Hills.

It’s truly childish for the Democrats to attempt this ruse. But, considering their options, one figures they just ran with the best of no options.

Days before the release of the Democrat memo, political pundits sniffed out the “Schiff” in the coming memo.

Fox News reporter John Roberts reported sources informed him that Schiff’s spin memo purposely contains information pertaining to “sources and methods”. And these were put in the memo to force President Trump to make redactions.

Sources tell @foxnews that the @AdamSchiffCA memo contains information pertaining to “sources and methods” that will likely require redaction. One source says this was done tactically to force the @realDonaldTrump into making changes – setting up a contrast with GOP memo

Sources tell @foxnews that the @AdamSchiffCA memo contains information pertaining to "sources and methods" that will likely require redaction. One source says this was done tactically to force the @realDonaldTrump into making changes – setting up a contrast with GOP memo

Then, consider this tweet from investigative reporter Sara Carter.

Just look at what’s been happening from the beginning- my sources say yes. But really it’s up to @RepAdamSchiff to answer that question https://twitter.com/therealsusanq/status/960915010271752192 …

Just look at what’s been happening from the beginning- my sources say yes. But really it’s up to @RepAdamSchiff to answer that question https://t.co/PIfp5e7nSt

No need for Scooby Doo on this mystery.

But, you can bet that Schiff will use this as a talking point on fake news media for the next week to promote some conspiracy theory. He will say that President Trump continues to try to hide something from the investigation that never should have happened. Schiff will imply that their memo has damning information about Trump, things uncovered by anybody, and the president doesn’t want the information seen by the public.

Democrats use the Alinsky playbook, though Trump torched that Leftist bible over a year ago.

Given all that Trump has done to crush Democrats’ “separate from the herd”, then “seek and destroy” tactics, one would think the Democrats would stop being so predictable. But when you have nothing but lies, you can’t rely on tactics of truth.

And to their credit, the Republicans implemented a great strategy of their own.

Bolstered by truth, the Republicans drip information out.

They allow Democrats to build a strategy only against a small amount of data. When the Democrats respond to one allegation, the Republicans release a new allegation. And so on.

We are already hearing that more memos are to be released with information that will shatter Washington D.C. In fact, Sean Hannity reported this Friday night:

Sean Hannity: Like we’ve been telling you, sit tight. If you think this is bad right now I promise you it’s going to only get worse. What we have now is a sliver of the information. It’s coming out day by day. I’ve been warning you from the beginning this is Watergate on steroids. And as you can see this gets more corrupt by the day.

The water hole is drying up for the Democrats. But Democrats must drink.

Sadly for Democrats, too many trips to that watering hole, and somebody must become prey.

Note that in Mueller’s investigation of Trump, the names continue to be eliminated. However, the list of people who will soon face the music on the Left grows longer with each passing day.

Comey, McCabe, Strzok, Page, to name a few. People resign from the DOJ and the FBI weekly, with more to come. And now we’ve reached into the Clinton circle directly, with Sydney Blumenthal’s name becoming prominent.

Kevin Jackson - May 7, 2021
I may have to watch the Olympics this year. I'll explain why in just a bit. Perhaps the real question is, in today's "woke"...