Pro-Trump Sitcom Ratings Through the Roof

The left is selling a narrative in which Trump is headed out the door. Meanwhile, the president continues to gain popularity in main-stream America.

While late-night talk shows crash and burn with their Trump-bashing, the re-emergence of Roseanne’s show proves that Trump-bashing is “so last year”.

The debut of the new Roseanne show had huge ratings.

According to early Nielsen ratings, more than 18 million people tuned in for the first episode of the reboot on Tuesday night. Its 5.1 rating for adults ages 18 to 49 was the highest of any comedy on the major broadcast networks in at least four years.

Compare these ratings to late night talk shows and you understand who’s winning.

As the Washington Examiner points out:

While America was laughing at Twitter and watching YouTube videos, late night was slipping. Writing in the Transom, Ben Domenech of The Federalist points out that the late-night viewership of ABC, CBS, plus NBC this week barely broke 8 million viewers. Not long ago retired NBC funnyman Jay Leno was bringing in 6 million viewers all on his own.

With the failure of late-night TV, Roseanne knew to steer clear of than band-wagon. Thus, she’s decided to Make America Funny Again.

When I first noticed commercials for a Roseanne reboot, I was reluctant to watch. Hollywood tends to feed people the poisoned apples of liberalism. Then I read Trump called to congratulate Roseanne on the success of the new show and I had to see it. (And by the way, Barr was thrilled to receive a call from the president.)

Five minutes into the premier, I knew this wasn’t the letdown Will & Grace turned out to be. Barr continues to represent mainstream America with witty charm. And yes, she even has diversity.

Like its first iteration, which ran on ABC from 1988 to 1997, “Roseanne” follows the Conners, a working-class family in Illinois enduring its share of struggles — but with plenty of comic relief.

In the reboot, however, Barr made her character a Trump supporter.

In an interview with The Times this week, Barr said she wanted to portray a fan of the president so there would be “an accurate portrayal of these people and people like them…in terms of what they think, and how they feel.”

“I just wanted to have that dialogue about families torn apart by the election and their political differences of opinion and how we handle it. I thought that this was an important thing to say at this time,” she said.

First Jimmy Kimmel started slipping. Then Roseanne hit it big. But will the left see this as a sign? 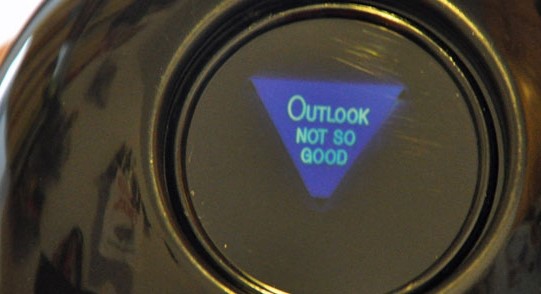 Trump’s recent rise in the polls forebode Roseanne’s good fortunes. Yet, Roseanne is headed into week 2 with a number 1 show, thanks in part to Trump’s popularity.

In fact, we recently reported the sharp rise in Trump’s approval ratings, which now sit around 42%. He’s closing in on Ronald Reagan territory.

As we’ve seen with the NFL, Starbucks, and others- going against Trump is a losing proposition. And rightfully so. President Trump’s singular goal is to Make America Great Again. What began as what some deemed a “hokey” slogan has taken root, and now flourishes.

Americans want to feel good about the country and about the president. The constant Trump-bashing converted many dyed-in-the-wool Democrats, and I suspect things will only get better for the president. Meanwhile, the networks might want to rethink banishing all things conservative.