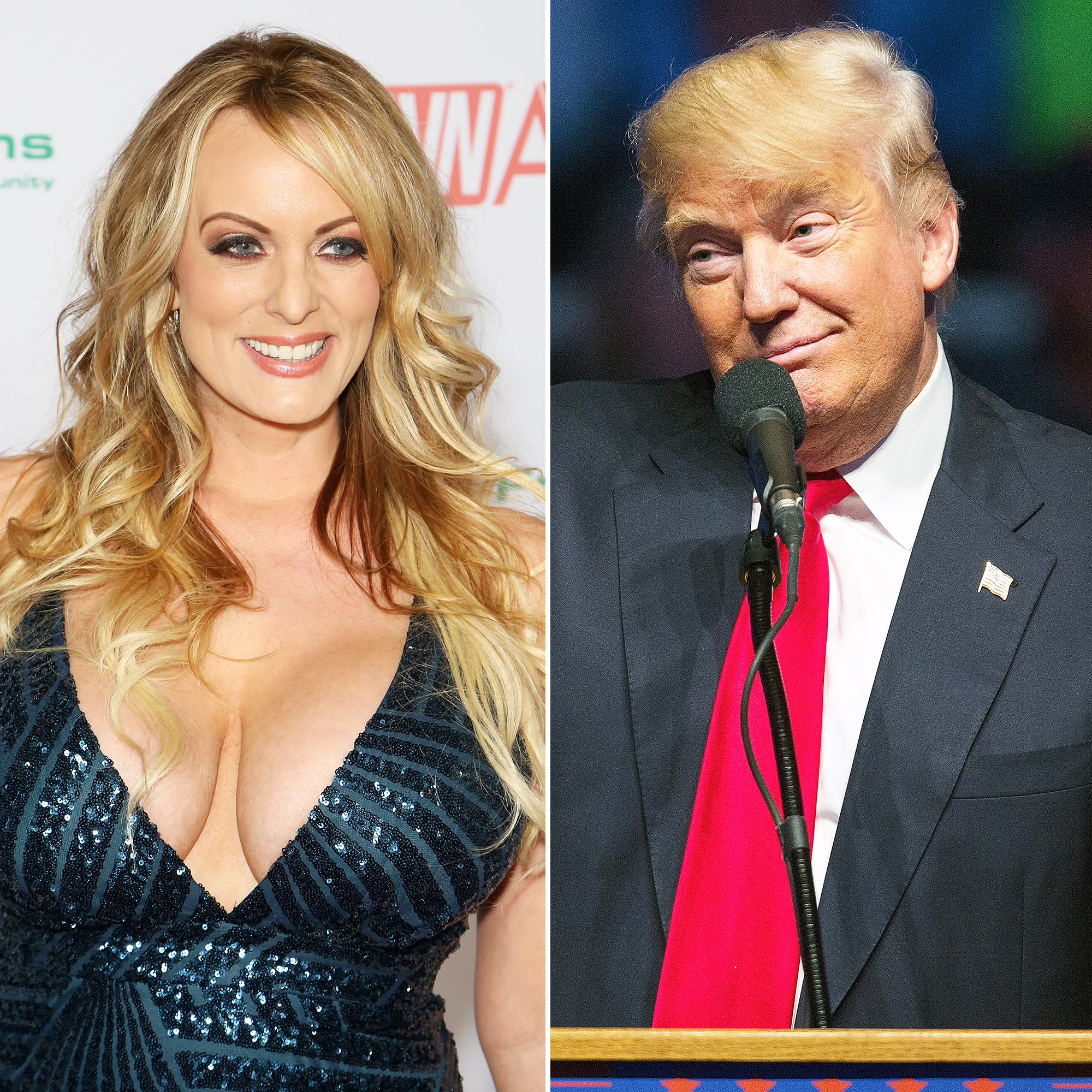 Stormy Daniels: Is She a Democrat Plant?

In 2009 Daniels was being drafted to run as a potential Democrat contender to challenge then-US Senator David Vitter for his senate seat.

Sen. David Vitter, R-La., whose phone calls to a prostitution ring were exposed by an investigator for Hustler magazine publisher Larry Flynt, now faces a potential Senate challenge from adult film star Stormy Daniels, who has asked Flynt to run her campaign. 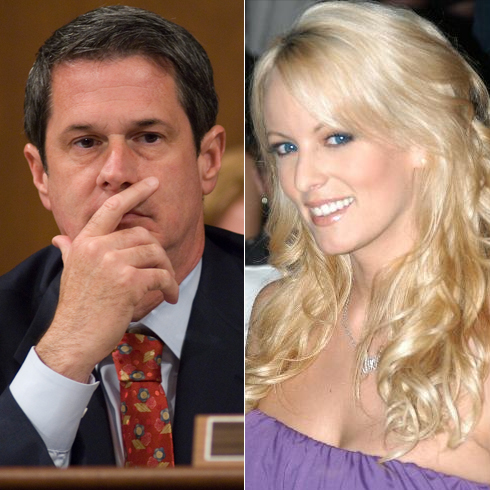 In a telephone interview Thursday from Tampa, Fla., Daniels said that while Flynt had nothing to do with the “Draft Stormy” boomlet that has drawn her into contemplating the 2010 Louisiana Senate race, “I have reached out to him in the last couple of days that I want to discuss if he wants to be my campaign manager.”

“Oh my goodness, I can’t wait to see those brochures,” said Hastings Wyman, founding editor of the Southern Political Report, which tracks campaigns across the South. Of Vitter, Wyman said, “He can’t be pleased.”

Daniels, who grew up in Baton Rouge, said she has not been able to reach Flynt, who is at an adult entertainment trade conference in Woodland Hills, Calif., this week.

The New York Times reported on this back in 2007:

A former New Orleans prostitute said she had an affair with Senator David Vitter in 1999 when he was a newly elected House member. The woman, Wendy Ellis, said she saw Mr. Vitter, Republican of Louisiana, two to three times a week from July to November 1999. Ms. Ellis released a transcript of a lie test that she took at the request of Larry Flynt, the Hustler magazine publisher who has offered $1 million to anyone who can prove a sexual encounter with a high-ranking government official. Joel Digrado, Mr. Vitter’s spokesman, declined to comment on Ms. Ellis’s comments and said, “Vitter and his wife had addressed all of this very directly.”

While not “officially” supported by a major political party at the time, it did not stop Daniels from campaigning like a “professional”.

As the New York Daily News had observed:

“Those of you who don’t know who I am,” she told the lunch crowd at a Baton Rouge eatery, “I’d suggest that you don’t Google that until you get home from work.”

Daniels, 30, says it’s a dirty job, but she’ll take the plunge if she finds enough support for stripping Vitter’s seat.

“I have never said that I’m the best person for the job. I absolutely am not,” she told WVLA-TV in Baton Rouge. “I just think I’m a better choice than the senator they already have.”

“If you get any closer you’re going to have to start tipping me,” she told a crowd of jostling photographers in a po boy shop in New Orleans.

Daniels, who hasn’t picked a party yet, has some contorted positions.

She has suggested her campaign slogan might be “Stormy Daniels: Screwing People Honestly.”

Not A “Happy Ending”

Just as her political career was “rising”, it suddenly crashed faster than a car plunging off a bridge.

The “climax” of Daniel’s political downfall is fitting of a John Grisham novel as NBC News—Washington details:

Stormy Daniels has had a train wreck week between an arrest in Tampa for domestic violence and her political adviser’s car getting blown up in New Orleans.

The story’s as good as anything coming out of Hollywood.

The trouble started for Daniels, AKA Stephanie Gregory Clifford, on July 23, when political adviser Brian Welsh’s parked Audi erupted in a fireball outside his New Orleans apartment.

It got even more stormy for Daniels when she was busted Saturday in her Tampa home after a fight with her husband over paying bills and the right way to fold laundry.

As for the exploding car, Welsh, a Democratic adviser and manager of the Stormy Daniels Senate Exploratory Committee LLC., claims a man got into the car shortly before it blew up.

Soon after, Daniels “threw in the towel”, as CBS News “uncovered”:

“Simply because I did not fit in their mold of what an independent working woman should be, the media and political elite have sought to relegate my sense of civic responsibility to mere sideshow antics,” Daniels (whose real name is Stephanie Clifford) said in a statement released today.

“They did this not simply for the sake of expediency but because to have a woman of my background challenge the core conscripts of our political and social culture is simply too much for a system that holds that only lawyers and insurance salesmen are qualified to lead,” she continues.

In a statement released April 6, she said, “It is time again to inspire positive risks and out-of-the-box thinking in the interest of growing a strong economy and a strong America. For me, this spirit can be summed up in the RNC’s investment of donor funds at Voyeur.”

She added, “As someone who has worked extensively in both the club and film side of the Adult Entertainment Industry, I know from experience that a mere $1900 outlay at a club with the reputation of Voyeur is a clear indication of a frugal investment with a keen eye toward maximum return.”

“The simple fact that David Vitter has $5 million in his bank account pretty much says it all. Against that shear accumulation of special interest dollars, I have no legitimate means of winning a race for the United States Senate under these circumstances,” Daniels said.

They DID have an affair!  They DENY having an affair!  She does NOT want to profit from the affair!  She was PAID hush money to keep quiet! Is the $130,000 potential SEED money for another US Senate run?  Are the RUSSIANS involved?

Yep…that last one came from MSNBC:

It is interesting that In-Touch magazine had the tell-all story in 2011. But the rag never ran with it during the 2016 election?

The signed nondisclosure agreement between Daniels and Trump’s lawyers was signed just days before the 2016 presidential election, over five years after the In-Touch interview. How did the Clinton campaign miss this, unless someone thought there was no “there” there?

It is all illicit “distraction politics” as the Chicago Tribune observes:

While we might get a kick out of watching Trump sweat a little over the details of his sexual prowess, it doesn’t get us anywhere.

We should have learned by now that sexual misconduct does not have the firepower to knock a sitting president out of office. Presidents faced accusations of infidelity long before Trump, and after the buzz died down, most Americans moved on. We can be pretty certain that Stormy Daniels, or any other woman who claims to have had an affair with Trump, isn’t going to be the thing that brings him down.

Now Stormy Daniels is suing the President according to USA Today:

Stormy Daniels, whose real name is Stephanie Clifford, filed a civil lawsuit in Los Angeles Superior Court, contending that the non-disclosure agreement she signed was invalid because Trump never signed it.  Daniels told InTouch magazine in a 2011 interview that she had an affair with Trump which began in July 2006.

Here’s what we learned from the lawsuit:

Days before the election, Daniels signed the agreement

On Oct. 28, 2016, just 11 days before the election, Daniels and Trump’s personal attorney, Michael Cohen, signed the “hush” agreement, which ensured Daniels would remain quiet about the affair.

Last month, Cohen admitted that he paid Daniels $130,000 but has not confirmed what the payment was for. He said he used personal funds to pay Daniels and that they were not related to the Trump campaign or Trump Organization.

Attempts allegedly were made to ‘intimidate’ Daniels and ‘shut her up’

In the lawsuit, Daniels argues that because the agreement is not valid, she does not have to remain silent about the affair. The lawsuit notes that attempts to “intimidate” Daniels “into silence and ‘shut her up’ in order to ‘protect Mr. Trump’ continue unabated.”

The lawsuit says that as recently as Feb. 27, Cohen began “a bogus arbitration proceeding” against Daniels in Los Angeles to keep her quiet. The agreement, attached as an an exhibit to the lawsuit, specifies arbitration as a way to resolve disputes.

Ms. Daniels says President Trump never signed the nondisclosure, but yet she still got paid?  In what world does that happen?

So, if Ms. Daniels is breaking her end of the agreement does this mean she’s going to give the money back? Possibly, but only after a couple of major interviews to cover expenses, I’m guessing.

Consider the possibilities for Stormy Daniels.

A resurgence in her film career has already been ruled out.  Another political run is unlikely.  Fifteen minutes of fame is possible, thought it would not be first time.

But those plans have been put on hold as Daniels has been hit with a restraining order:

US President Donald Trump obtained a restraining order against an adult film actress to prevent her from speaking publicly about their alleged affair, legal documents show.

It bars her from sharing “confidential information” about their alleged relationship, US media report.

Mr Trump says allegations against him are all false.