The Democrats are the Party of Lynching.

The Democratic Party has done a masterful job whitewashing its history of tormenting of blacks.

They co-opted the education system, then transferred their vile history of enslavement and mistreatment of blacks to the Republicans. And those hapless rubes gladly took the baton.

So now Republicans tear down memorials and statues to Confederate men, literally helping Democrats remove their racist past, as Republicans take the blame.

When governor of South Carolina, Nikki Haley removed the Confederate flag from the state capitol building, as if the Republicans hung that flag. I argued at the time, that Haley should have made a big hoopla over the flag, then asked the highest ranking Democrat to come remove it. Opportunity for Republicans lost.

And you wonder why most Leftists believe the Democrats freed the slaves and Abe Lincoln was a Democrat?

But now Republican get another opportunity to set the record straight.

That opportunity presents itself with the building of the Lynching Memorial.

As the LA Times reports,

Bryan Stevenson wants people to examine an era of American history that goes ignored — a chapter often left untold. It was a time, he says, of domestic terrorism.

Between 1877 and 1950, more than 4,400 black people died by lynching, according to statistics compiled by the Equal Justice Initiative, a nonprofit organization that provides legal representation to inmates and works to alleviate racial and economic injustice.

On Thursday, the group founded by Stevenson will open the National Memorial for Peace and Justice in Montgomery, Ala., the country’s first site dedicated to the legacy of black people lynched in the United States. 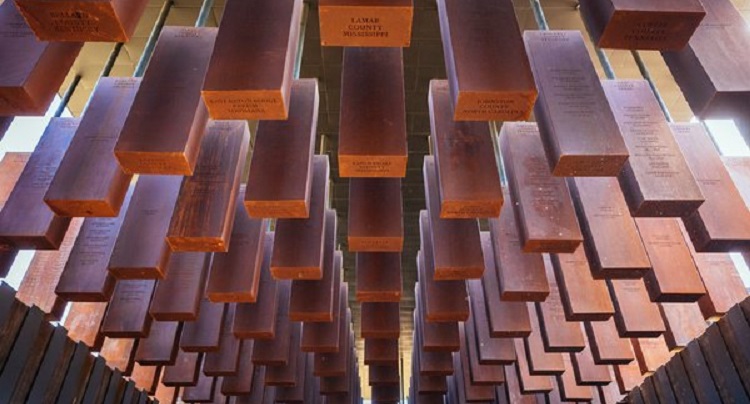 Blacks were lynched, and so were white Republicans. And they were all lynched by racist Democrats.

But if the Lynching Museum is anything like any other Civil Rights museums I’ve visited, it will fail to mention that fact.

Democrats have masterfully removed their party from any reference to the atrocities experienced by blacks. The Party of Slavery imprisoned a culture of people, keeping blacks from education, while committing heinous acts of cruelty Democrats prefer not remember.

But what’s far worse is that Democrats don’t just want to forget their misdeeds, as they blame others for them.

I wrote of this in my book Sexy Brilliance and Other Political Lies:

The Worst Kind of Criminal

Paul is a native of Chicago—the South Side. Where Bad Bad Leroy Brown got into a ruckus and ended up looking like a jigsaw puzzle with a couple of piece gone. And that was what the South Side was back in the ‘70’s.  It’s much worse now.

I enjoy my conversations with Paul.  He lives a life that I almost lived as I discussed in my first book, The BIG Black Lie. God saw that I avoided that life.  Paul was not as fortunate.  The streets got him, and eventually so did the criminal justice system.

Paul reminds me of my Uncle Ray who did time in the joint as well. I have to admit I have a fascination with the lives they led. Make no mistake about it, I’m happy I avoided the penitentiary; but there are very few black kids who don’t have some level of intimacy with prison, too many first-hand, and too many more second-hand. That closeness to it may be part of the allure.

Paul brings to our talks both street wisdom and the wisdom that comes with Paul having made lots of mistakes.  It’s difficult to describe, but he brings a rawness that makes our talks fresh every time.

On day Paul and I were discussing his conversion from being a lifelong Democrat to becoming an Independent, and he said to me,

“You know Kev, when I was in the joint, I had a cellie who was a serial rapist.  The dude told me that he was the worst kind of criminal.  He said that he thought of himself that way, because he would rape a woman, and then convince her that it was her fault.”

I said to Paul, “The worst kind of criminal is the guy rapes you, and makes you believe that somebody else did it.”

Democrats take pleasure in inflicting pain. They are experts at man’s inhumanity to man.

The Republicans not only freed the slaves, but authored almost all civil rights legislation to protect blacks.

It’s safe to say that anything that gave blacks their humanity was done at the hands of Republicans, one of the most despised groups by Leftists, and ironically equally despised by blacks.

Look at the curriculum for history in any school, and show me where Democrats mention anything I’ve written, and take fault for their past.

Historically Black Colleges and Universities who very names are of Republicans abolitionists, and that history is kept more quiet than a teenage pregnancy in the 1950s.

And if you think things have changed, you’re delusional.

President Trump is called a racist, as he promotes the first black woman to the rank of Marine Corps General. Blacks currently enjoy the lowest unemployment in recorded history, but the Left still make their accusations.

Hillary Clinton eulogized a Klansman, and called a woman who hated blacks, her “idol”, and the Left say nothing of her racist acts.

I’m glad there is a new memorial dedicated to Democrats. Let’s make sure people know the truth about this one.