I smell something. Barack Obama and Prince Harry are buddies.

And Harry is an anti-Trump slug of the highest order. The idea of inviting Obama, but not President Trump would be a tempting morsel for the young lad.

However, Prince Harry and Maiden Markle refused to include the Obamas on the royal wedding list.

The Obamas will not be attending the wedding of U.K.’s Prince Harry and American actress Meghan Markle on May 19 at Windsor Castle, Fox News has learned.

A source told Fox News Former President Barack Obama and former first lady Michelle Obama will not be going to the royal wedding, despite earlier speculation they were set to attend.

“The couples look forward to seeing each other soon,” the source said.

People magazine reported Tuesday the decision may have been made to keep politics out of the royal wedding.

How’s that for an excuse?!

A wedding that is political in its very nature, and the report is the royal couple want to avoid politics?

A rep for the palace explained, “It has been decided that an official list of political leaders – both U.K. and international – is not required for Prince Harry and Ms. Markle’s wedding. Her Majesty’s Government was consulted on this decision, which was taken by The Royal Household.”

People also claimed the guest list is being reserved for long-standing friends Harry, 33, and Markle, 36, have known for years.

Sure, because a 33-year-old hobknobbing with the former President of the United States doesn’t count as friendship?

“Those in attendance will be people who one or both of the couple has an existing direct relationship with,” a royal source told the mag.

First of all, who gives a crap! 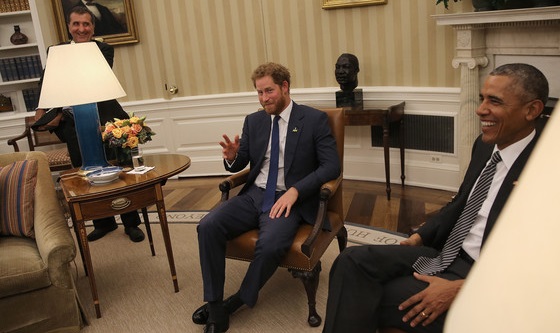 The concept of royal people interests me much. Because, unless I’m missing something, this is sanctioned “privilege”. If the Brits and others are up for it, cool. But in America, we don’t believe anybody is more royal than anyone else.

What is the real reason the Obamas are not invited. Moreover, why make an announcement in advance that they are not going to the wedding.

I believe the Brits have done their homework. Because the Brits are very big on ceremony, and thorough to a fault, particularly when it comes to history. 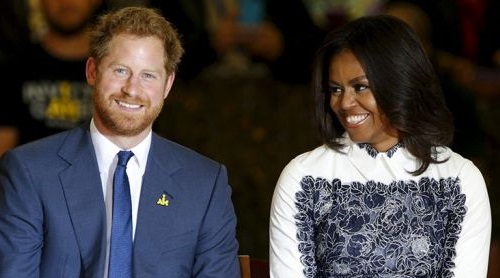 With all that is brewing with Barack Obama, I suspect Windsor Palace issued the directive to not have the Obamas in attendance.

I know people will call me a conspiracy theorists, but I’m guessing the Queen summoned MI-6 to check out people on the guest list, and the Obamas were removed.

Were they removed for Barack Obama’s past or his future. I speculate the latter.

Barack Obama will soon find himself embroiled in controversy. For me, this “disinvite” shows that the Brits are uncertain of Obama’s future as well. Can’t have history spotlight Harry’s friendship with a creep, complete with pictures at his wedding.

When asked about the Obamas’ possible attendance on Dec. 27 on BBC Radio 4’s Today program, Prince Harry replied: “I don’t know about that – we haven’t even put the invite or the guest list together. Who knows if he’s going to be invited or not? I wouldn’t want to ruin that surprise.”

That’s a nice way for Harry to avoid the controversy.

I will bet you dollars to dog turds that the Obamas will be nowhere near England for this wedding. Further, I will double the bet that something is brewing against Barack Obama, and the Brits are well aware.