Apparently Stormy Daniels is out of practice when something is flung in her face?

Because according to the Bend Bulletin, Daniels stormed off stage when a man flung his wallet at her.

A drunk patron at Stars Cabaret in Bend threw his wallet at alleged presidential mistress Stormy Daniels in the middle of her much-anticipated strip show Thursday night, cutting short her performance.

Daniels was not hurt, but Bend police arrived and interviewed the patron outside the club.

Daniels is certainly no stranger to taking money from men, though I’m admittedly having a wallet in her face was likely a newby.

Now if the man had flung his “junk” in her face, I doubt she would have had such a bad reaction.

It seems that Daniels has found a new career, as she is billed as walking history. The claim for her appearances is the meet the woman who slept with the president.

I will confess, I have been to more titty bars that you can your stick in, Fellas. When one works in high-tech sales, your expense account can get a serious workout, as you close deals by indulging various levels of managements’ inner demons. OK, a few of my own as well, at least at the time.

So, I’ve seen my share of “dimes” at various gentlemen’s clubs. And what I know is Stormy Daniels shouldn’t be anywhere near a “decent” one. She’s a 5 at best, and that’s in a small town podunk club.

At 39-years old, Daniels would normally have been put out to pasture. The Trump “scandal” provides her with another life line. However, her 15 minutes of fame will pass sooner than she hopes, so I suggest she start looking for that Sugar Daddy with a quickness.

When I was in St. Louis not long ago, I saw a truck with Stormy Daniels’ latest act on a moving billboard. 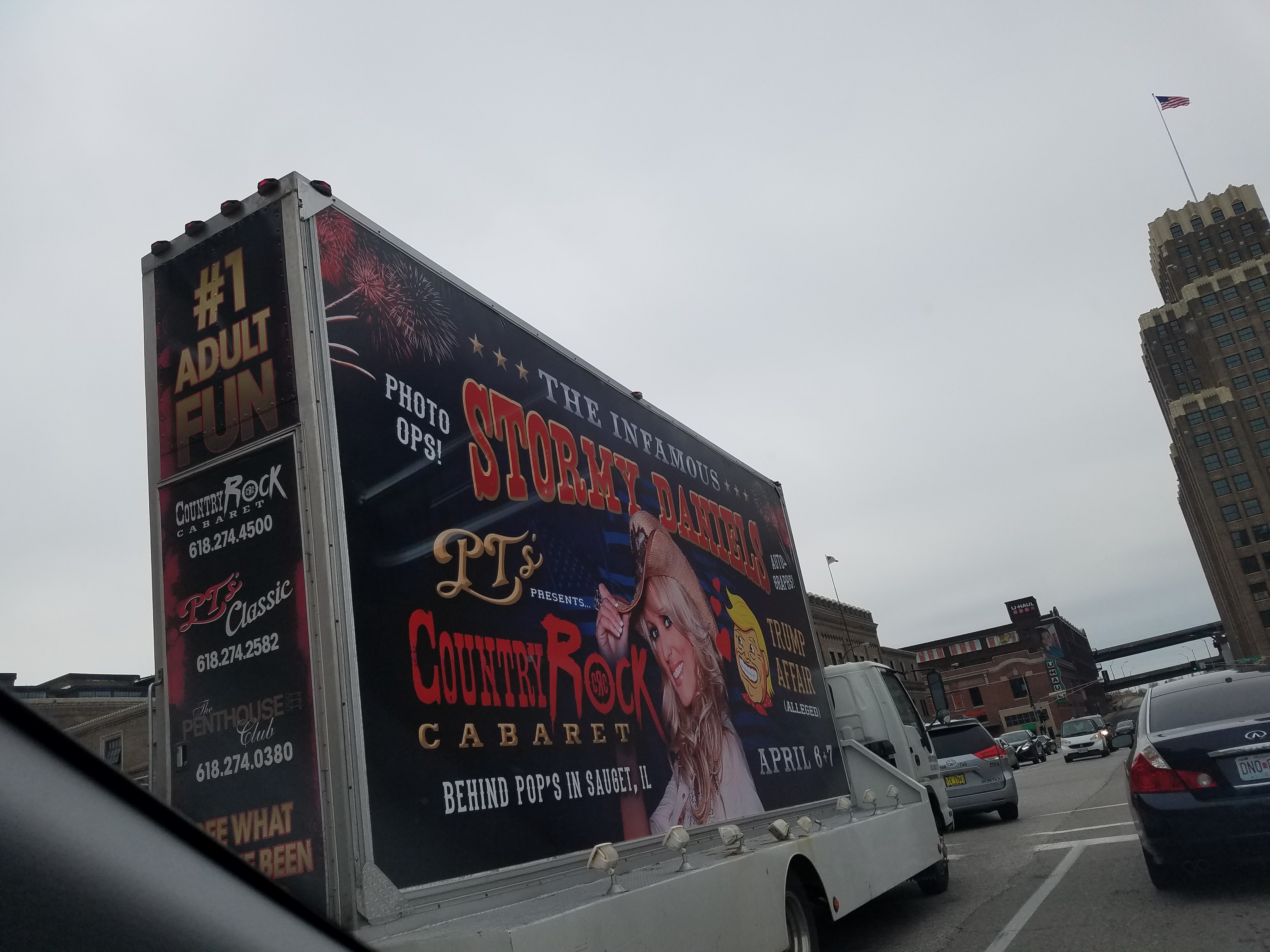 Actually, I wonder now how long before the Trump team gets its pound of flesh, since Daniels profits from his reputation and likeness.

Note: Under Trump Affair, they wrote “(ALLEGED)”. So somebody was smart enough to not call this a fact.